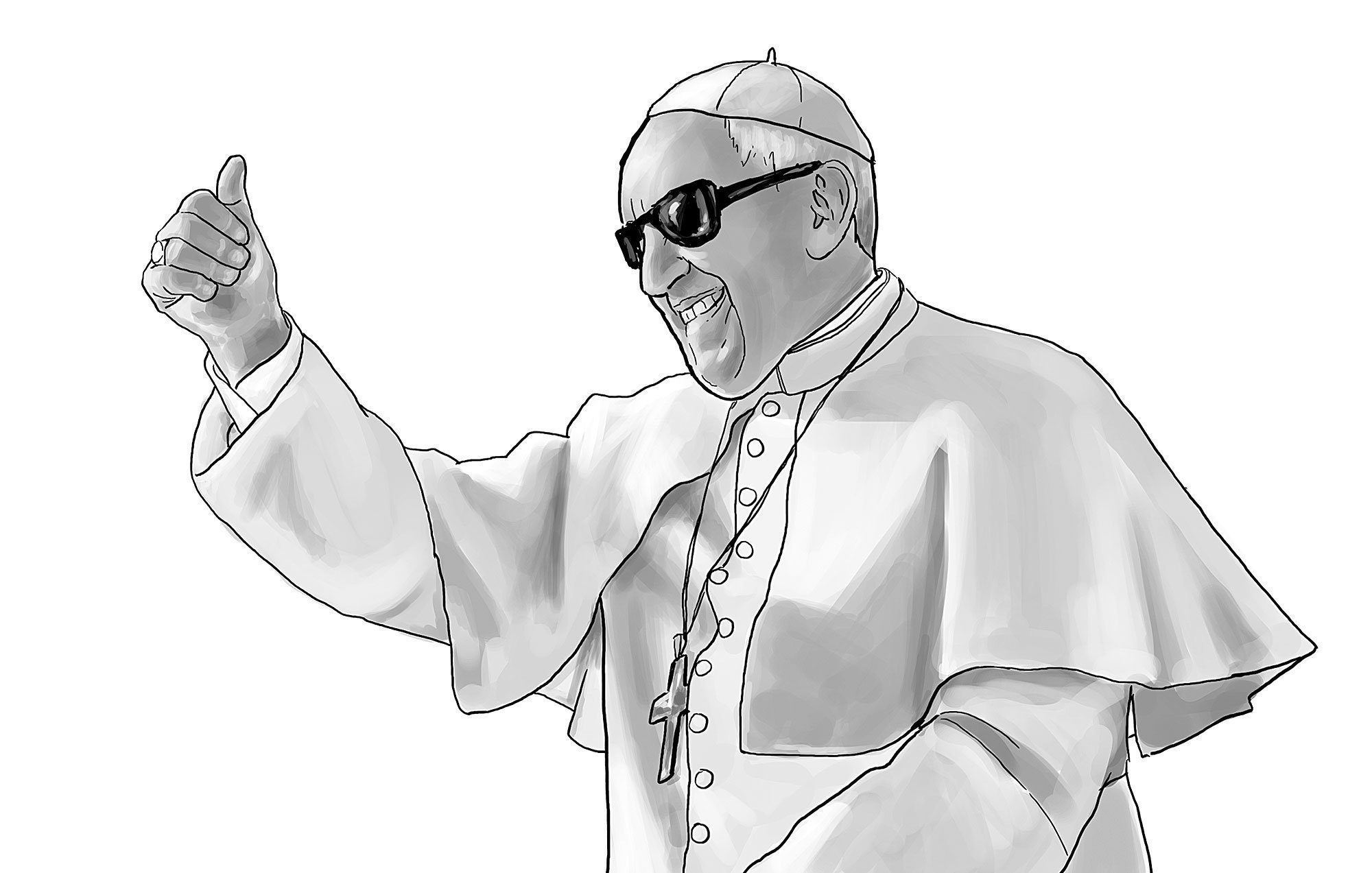 There seems to be less space for religion in modern life. It is hard for a culture that keeps growing and developing to succumb to the rigidness that is often associated with religion.

Christianity, for example, teaches certain principles that may have been the status quo when the Bible was composed, but in this politically correct era we exist in, there is little room for those teachings in everyday life. Topics such as abortion and same­-sex marriage have been taboo and highly frowned upon by many Christians, but Pope Francis is doing what he can to change the way they perceive these topics, as well as the way the secular world perceives Christianity.

Overall, Pope Francis has been using his tenure to promote peace between various cultures and beliefs and to work for the welfare of those in need. For instance, he has discussed how the egocentric behavior of international leaders has placed the world in a state of sluggishness and disarray.

He also has opened his arms to the LGBTQIA community and welcomed them to embrace Christianity as who they are, rather than changing their beliefs to accommodate Christianity. Pope Francis has even stated that you do not have to believe in God to get into heaven. This is a highly controversial claim in the sense that it opens up to the possibility that non-Christians can be considered moral people.

Pope Francis' teachings have really resonated with millennials, such as myself, who feel as if their liberal social beliefs bar them from the possibility of being a Christian or otherwise exploring their faith. With religion slowly becoming more flexible, it allows our generation the possibility of religious growth and the chance for a more balanced life. People can also strive for successful careers in science while maintaining their belief in a greater purpose.

In a weird way, it feels as if religion itself, especially Christianity, is becoming more secular. Recent statements by religious leaders, such as Pope Francis and the Dalai Lama, have led me to consider that religion is moving into a more secular era. This progression is necessary, because if religion were to remain stagnant, it might be left completely behind.

Pope Francis has done much in his time in the Vatican to improve the general public image of Christianity and bring it into the modern age. Whether you believe that this is a good or a bad thing, I feel that this is the best time to be alive and am really excited to see where our society can move from here.