Immigrants want to learn English, despite claims of U.S. xenophobes 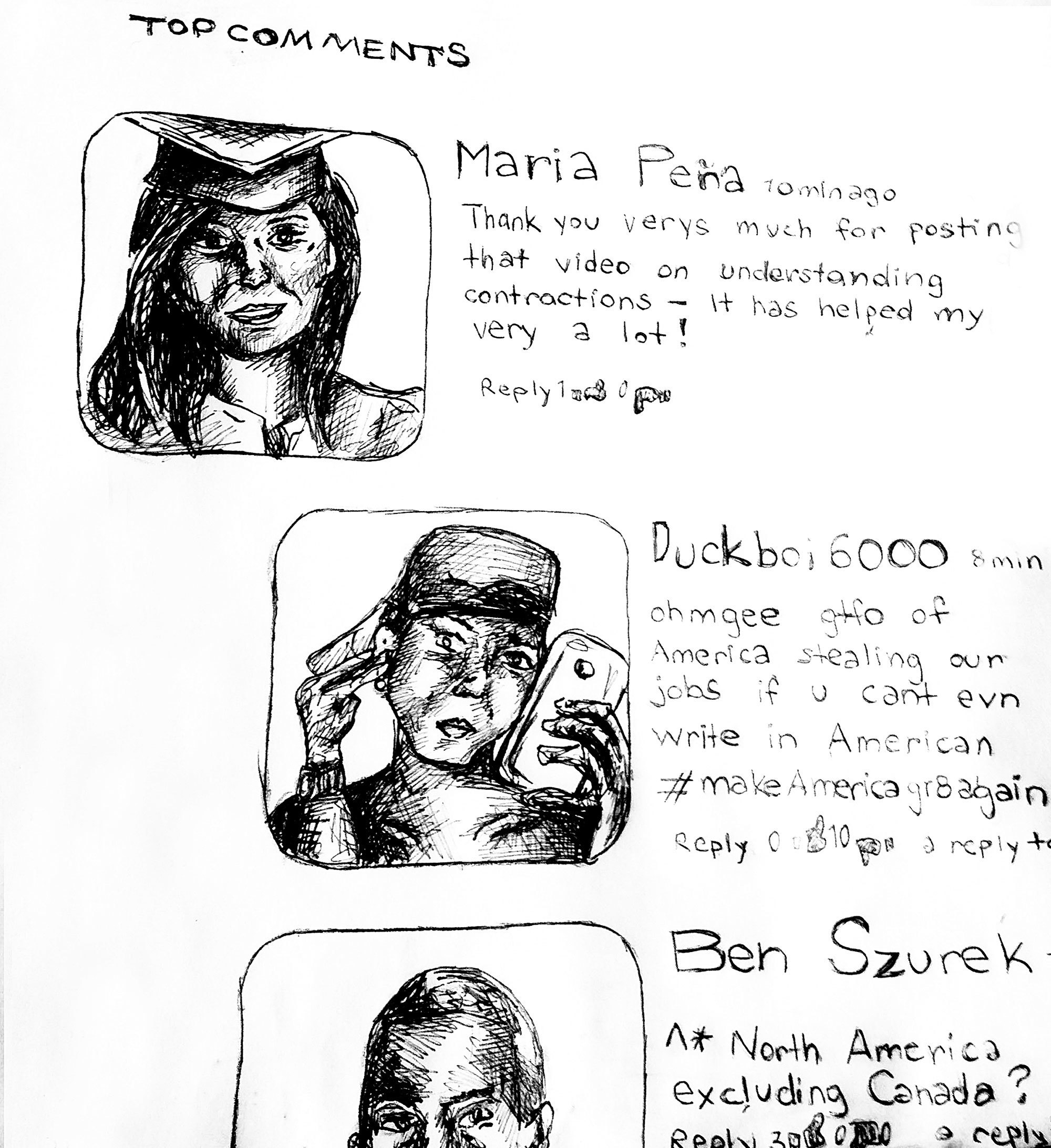 Immigrants want to learn English, despite claims of U.S. xenophobes (credit: Emily Giedzinski/)
Editorials featured in the Forum section are solely the opinions of their individual authors.

Assimilation has been a critical concept since the beginning of our history because the United States is a country of immigrants.

One result of this is that there are a vast number of households that speak a language apart from English. Bilingual families will typically speak their native language at home and English outside of their home, since English is the most widely used language in the United States.

However, regular exposure to other languages remains the norm in America. At Carnegie Mellon, students are exposed to many languages through diverse groups of friends and classmates. For most students, it has hardly been a concern that non-native English speakers are seeking to impose their languages on American society.

In many areas, however, many people do actually believe this and other negative things about that the newest generation of immigrants. The National Academies of Sciences, Engineering, and Medicine published a report last week that it claimed “should allay fears that recent immigrants committed crimes more frequently than Americans, that they were generally in poor health and [a] burden [on the] public health care system, or that they were failing to learn English.”

The report contributes to topical debates around immigration in part by saying that, contrary to the disconcertingly popular belief, immigrants' desire to learn English is very high. It assures that Americans do not need to worry about immigrants trying to impose their languages upon our English-based society. It also claims that each new generation of immigrants has been progressively more likely to pursue higher education.

This is all great news, but assimilation is often forced upon immigrant families. A majority of immigrants come to the United States for better opportunities, especially for their families. Knowing this, generational progress is inevitable and should be further encouraged by the American government and its native citizens.

While the Obama administration was trying to pass an immigration reform bill last year, we heard countless stories of immigrant families struggling and fearing separation by deportation. But it has been proven that immigrants work hard and encourage younger generations to do the same.

This report had good intentions, but it's problematic in the fact that it more or less exclusively addresses the xenophobic concerns that immigrants will impose their languages on society or otherwise become a burden. It demonstrates the common misconceptions around immigrants, rather than working toward changing those perceptions.