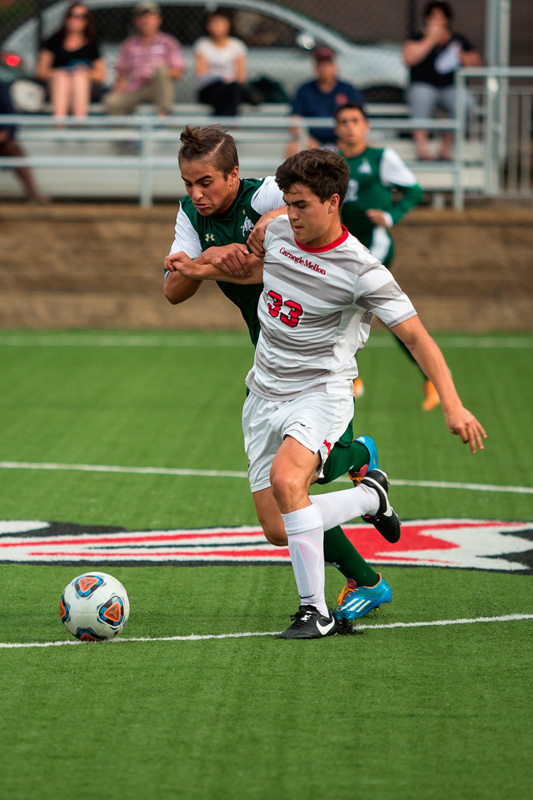 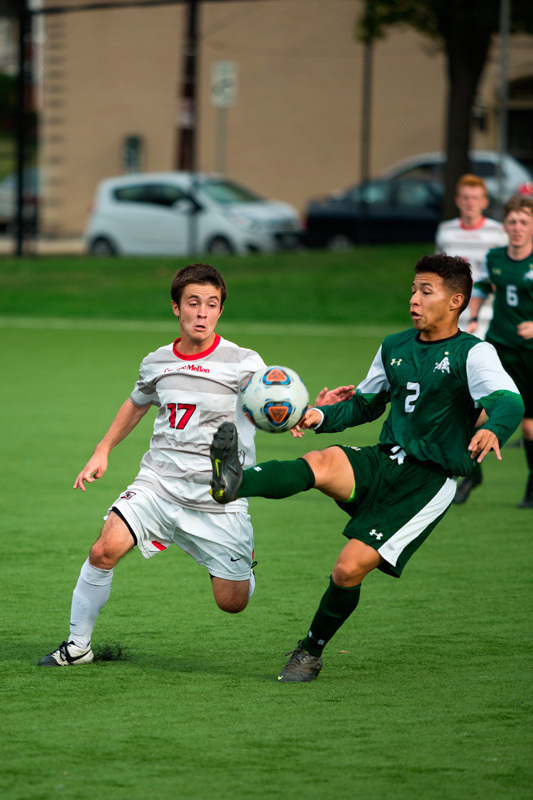 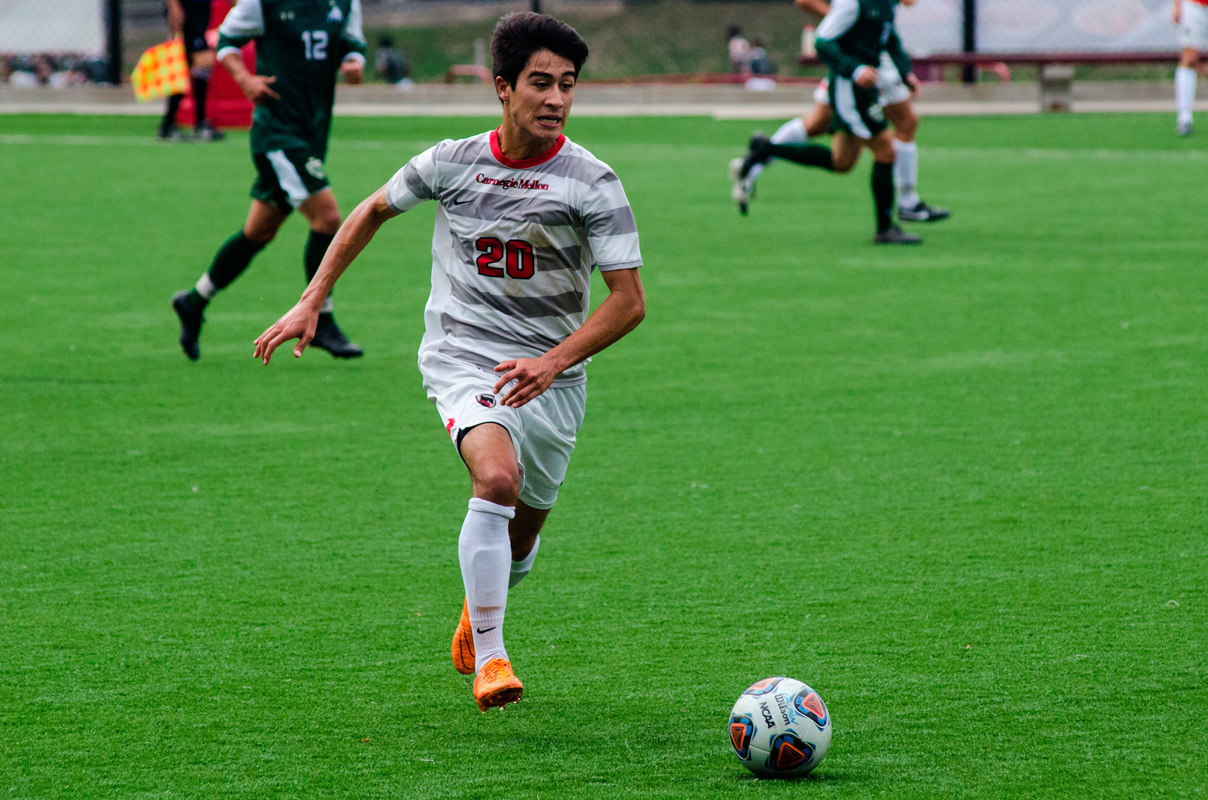 Returning to campus this Saturday after a road win against The College of Wooster, the Carnegie Mellon men’s soccer team faced off against Bethany College as they looked to improve on their 4–1 record. The Tartans came out with a dominant performance, trouncing Bethany with an impressive 7–0 victory.

The game began with an aggressive back-and-forth between the teams, but the Tartans quickly established dominance as senior forward William Webb opened the scoring in the fourth minute, picking off a back pass and beating the keeper for an impressive unassisted goal. The Tartans applied pressure constantly, and were rewarded shortly after the first score when senior midfielder Stefan Dasbach put a shot into the corner off of a pass from first-year defender Jack McCambridge in the eighth minute.

After giving up two scores in the first 10 minutes, Bethany began to look frustrated with the situation and suffered a number of costly early penalties that could have been avoided — although the Tartans did have their fair share of penalties throughout the game, actually more than doubling Bethany’s eight penalties. The Tartans did not let up, maintaining a strong defensive stand and possession of the ball for the majority of the game, and clearly controlling the pace of gameplay. Bethany had very few shots on goal throughout the game, and those shots on goal often went wide. The Tartans continued to maintain control of the game and, in the 27th minute, Webb scored his second goal of the night to put his team up 3–0 before the first half had ended. The Tartans continued to hold Bethany against the ropes and, as the first half was winding down, Carnegie Mellon put another thorn Bethany’s side as junior midfielder Devin Keane scored in the 43rd minute for the final goal of the half, leaving the score 4–0 as the teams went into intermission.

The second half opened in a more controlled fashion than the first as the first score of the half came in the 55th minute and sophomore forward Ryan Stinebaugh headed a ball into the top corner to give the Tartans an almost insurmountable 5–0 lead. There was no sense that Carnegie Mellon was going to let up their hold on the game, and Bethany was simply outclassed by the Tartans on the field. The Tartans began to run away with the game as Bethany grew increasingly frustrated with their inability to make a play happen. The game continued like this for the remainder of the second half, as Keane scored his second goal of the game at the end of the 64th minute off of a rebound save from first-year midfielder Zack Masciopinto. The final nail in the coffin also came from Masciopinto who, already being credited with two assists earlier in the game, made a shot off a rebound to put the final score to 7-0 in favor of the Tartans.

The Tartans will use the non-conference games in the next few weeks to improve their performance without the pressure of having the results determine the team’s ability to compete in playoffs. While this week’s victory against Bethany may have been convincing, there is always room for improvement.

The Tartans will remain at home for their match next week against the Westminster Titans, who, with a respectable 4-2-1 record, will look to put up a fight against the no. 17 Tartans. Whether the Carnegie Mellon men’s soccer team continues to be successful is entirely up to them, but for now it looks like they are poised for victory throughout the regular season. The match against Westminster will be Monday, Sept. 21, as the Tartans look to dominate once again on their home turf.