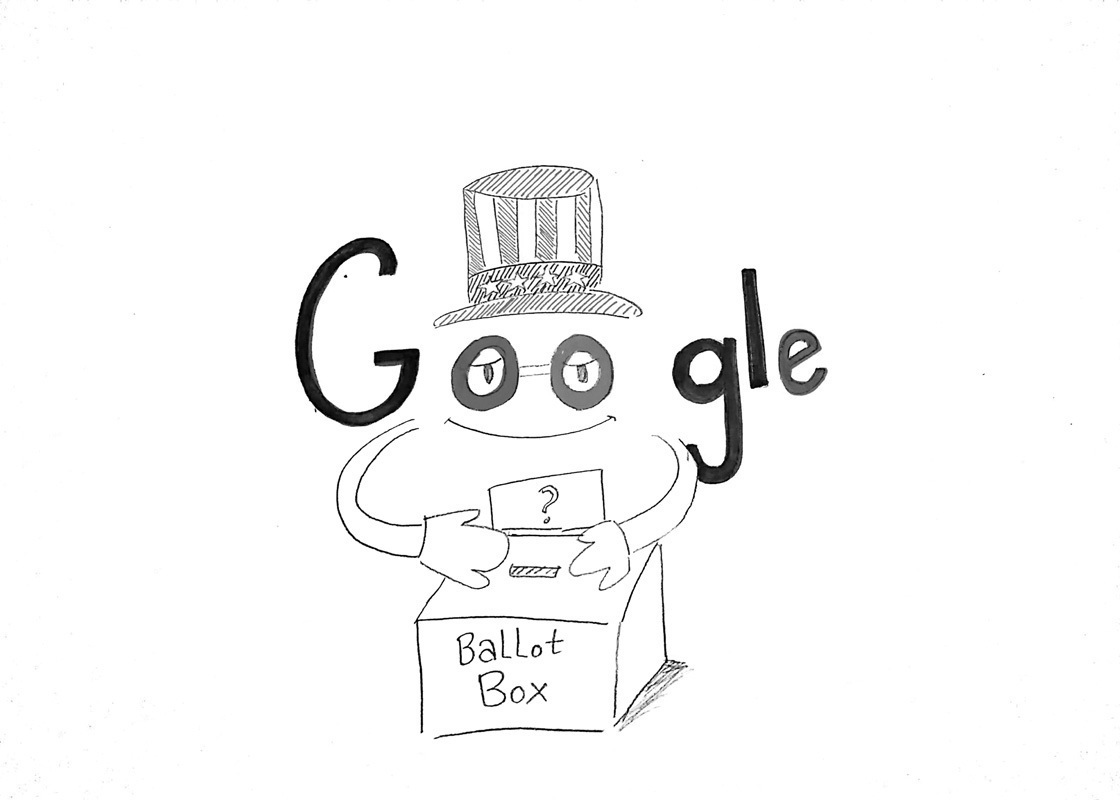 This week at Pugwash, the Science, Technology, and Society club, we discussed the extent to which Google can control our thoughts and our decisions through how it orders its search results. The conversation also encompassed the question of whether or not we as Internet users are more prone to thought control in the digital media age.

To begin, we tried to define how exactly Google could exert leverage over our opinions. We questioned whether the ordering of search results could sway us on certain matters. Some members stated that while it was possible that Google employees could order the results in such a manner as to encourage the company’s beliefs, it was far more likely that an algorithm could create an “echo chamber” for the users by choosing to display the results that most coincided with users’ opinions.

To bolster this point, some Pugwash members added that the Facebook News Feed — a source of news for many people — is heavily influenced by the “echo chamber” effect. Not only do people solely witness “news” from the monologues of their friends, who they most likely share beliefs with, but algorithms may be at work here as well to show only information that the user is biased towards. Thus, our initial conclusion was that these Internet giants could influence our thoughts via algorithms that provide us with the opinions we wish to see, perhaps subconsciously.

Next, the discussion turned economical and philosophical. Why should we take offense at these websites for presenting a biased source of information? First, all sources of news will be biased in some form. Second, the free market system allows these companies to present information as they wish. It is our jobs as individuals to choose to use other digital services if we are unsatisfied with the current ones. If, in fact, Google and Facebook do offer the superior product for information distribution, have they not earned the ability to have some say over what we hear?

These thoughts were bolstered by a participant’s claim that if Google did become too biased to be useful, then internet users would refrain from using the service. This implied that the free market system would act as a sort of “buffer” for Google’s potential biases. If the company did attempt to overreach to the point of misinformation, it would surely lose a sizable percentage of its users and be coerced into displaying more nonpartisan results. Nonetheless, this thought process was scrutinized by another member, who questioned at what point a product would be deemed not useful. It is fully possible, the speaker continued, that Google could provide one with seemingly useful results, while also subtly biasing the information. The original member concluded that the ambiguity of the term “useful” is the main danger in this argument.

Another more philosophical issue we targeted was the connection between power and attention. In our current world, where we place our attention determines who and what has power over us, one member said. Thus, in those few minutes that we scroll on our newsfeed to temporarily alleviate our ennui, we donate a piece of our mind to Facebook. While this point did not elucidate the extent to which these companies actually intend to affect our thoughts, it did accentuate how something as seemingly benign as our attention is at the root of control in the 21st century.

In defense of these companies, several members noted that echo chambers and social influences have existed long before the rise of the web. For example, think of someone remaining only in their own social group. Is such a situation distinguishable from a news feed made up of only like-minded friends? Furthermore, even before the foundation of the Internet, forces with ulterior motives also controlled the media. If anything, the Internet allows one more opportunity to explore uncomfortable points of views.

Tying these ideas together, a couple of members concluded that it was up to us to decide how much we let these products into our minds. Actions such as breaking up the companies will most likely be futile if we do not take the time to critically examine our sources of information and our own points of view.

Student Pugwash is a non-advocacy, educational organization that discusses the implications of science, technology, and medicine on society. This article is a summary of last week’s discussion on the ability of Google, and like companies, to sway elections.