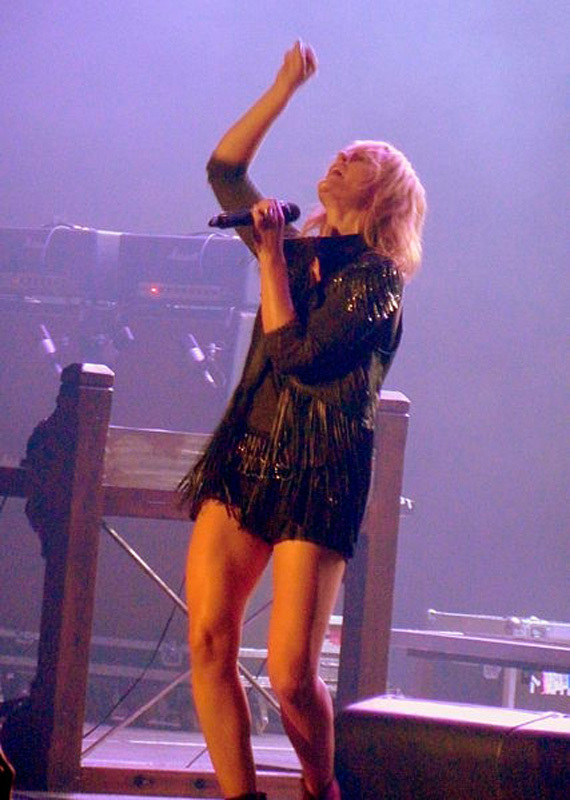 Metric lead singer Emily Haines has a lot to sing about on the band’s emotionally charged latest, Pagans in Vegas. (credit: Courtesy of Wikimedia Commons)

Last Friday, the Canadian band Metric released their sixth album, Pagans in Vegas. This album was prefaced by a letter written to the fans with a short blurb on what to expect from each song. Before listening, I knew this was going to be an album that Metric really poured themselves into. It seemed like they were very honest with their lyrics and said a lot of things that they had been biting their tongues about.

The album begins with “Lie Lie Lie,” an alternative rock song that has anger dripping out of every word. Although I am not entirely clear on the meaning of this song, lead singer Emily Haines described it as something she wanted to say for a very long time. I think it was an interesting choice for the first song of the album because it starts off with very whiny vocals, and is overall probably my least favorite song. This song, in addition to “Too Bad, So Sad,” does not fit in with the smooth vibes that the rest of the album carries. “Lie Lie Lie” felt like a sharp punch that made me brace myself for a hard hitting alternative rock album that never came.

A few songs later, in came one of my favorites, “The Shade.” The album also includes an acoustic version of this song that really highlights Haines’ vocals, which sometimes get drowned out by the synthesizers. I generally gravitate more towards acoustic music, but between the positive lyrics and upbeat tempo I can’t help but love the original version of this song a little bit more. Some of the cheerfulness of the song is kind of lost when it’s stripped to its bare bones for the acoustic version. Something about the repetition of “I want it all” in the chorus keeps this song forever stuck in my head, but I don’t even mind it — it’s a testament to the song’s catchiness and appealing sound.

Another noteworthy song is “Other Side,” which features vocals from band member James Shaw. His voice in this song sounds like what sunshine after a long winter feels like. It’s light, heavenly, and a refreshing break from Haines’ very alternative sounding voice. I wish more songs on the album featured his voice. One of the best lyrics in the whole album is featured in this song when James says “And all we want is to feel like all we got/Didn’t cost us everything/Even if we never win.” This line really shows you how committed they are as a band to staying true to their roots and not forgetting about the fans that helped to get them to where they are.

Overall, I really enjoyed this album. Even if you aren’t a fan of new wave indie rock music, it’s definitely still worth listening to. I personally was not really a fan of this style of music and still found this album really enjoyable. It dips into new wave, but without being so overly synthesized that you’re not even sure if the voices are people or robots. It has some very captivating moments as the band takes us on a journey from angst to heartbreak to happiness and back.