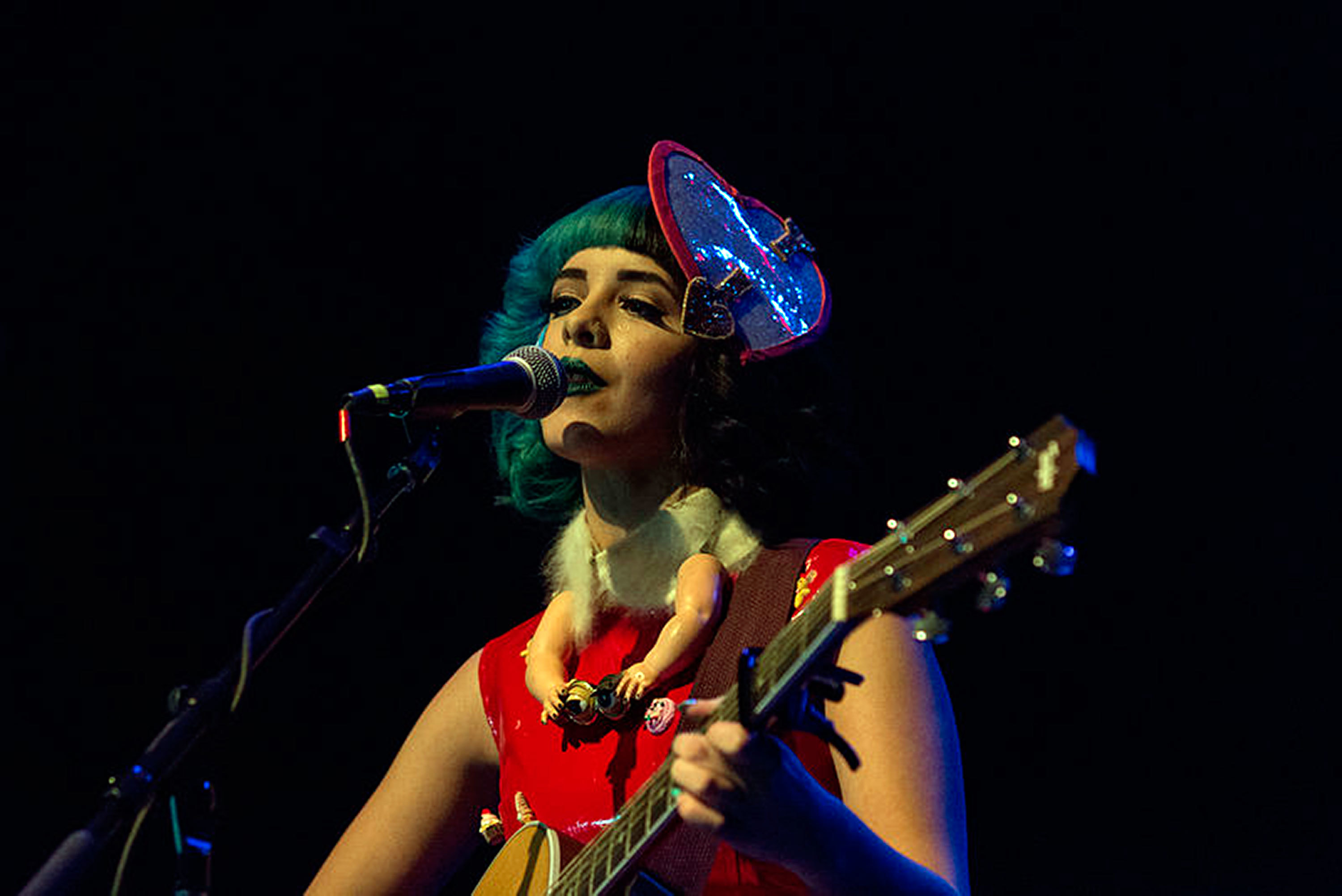 At 8 p.m. sharp this past Tuesday, the darkness of Stage AE was split by a battle cry. It was the well-known shriek of a fan who was simply too excited to contain herself. The shriek soon grew into cheers and, as the music started, the audience began chanting to the lyrics. And all this was just for the opening act. Melanie Martinez, the main act of the evening, was still an hour away, but the tutu and animal ear clad crowd was ready to welcome her.

When I first stepped into the venue, I was disoriented. It was too early for Melanie Martinez to be going on stage, but the room was buzzing with energy. It turned out the enthusiasm was for Handsome Ghost, the opener. When they took the stage, they didn’t even have to warm up the crowd; people started dancing and singing along right away, and it was easy to see why. The band may be from Boston, but they have an all-American Midwestern charm that fans find endearing, and the good looks and excellent vocals of the front man seal the deal. Despite the enthusiastic reception, the band was down to earth and humble, happy to interact with the crowd. The guitarist, a plaid-shirt-wearing man reminiscent of a lumberjack with a raccoon tail tied to his guitar, happily wore a flower crown that was thrown on stage. Although they relied heavily on covers for their set, thus lacking a distinctive sound, their opening left no doubt that they are a band to watch out for.

After such a strong opening, a question hung in the air: could Melanie Martinez live up to that? From the moment she stepped on stage, the answer was clear. From her baby doll dress and bloomers to her two-toned hair, to the violent pastels of her set, Martinez was everything the crowd hoped for.

She skipped onto stage dressed as a baby doll and launched straight into the title song of her first and only album Cry Baby. She bounced around, alternating between the grace of a modern dancer and rigid, doll-like movements that were quite — there’s no other word — creepy. Backed up by two men dressed as teddy bears in front of giant letter blocks spelling out the words “Cry Baby”, she struck the perfect balance between childish cutesiness and adult experiences.

This tour, combined with the album itself, gives fans their first complete look at her artistic vision. Melanie Martinez first came into the public eye when she was a contestant on The Voice, doing acoustic singer-songwriter style covers of popular songs. The Melanie Martinez who took the stage on Tuesday night had done a complete overhaul of her musical style. Cry Baby is a series of candy-coated pop tracks with heaping servings of twisted childhood motifs. Songs like “Carousel” and “Tag, You’re It” feature lyrics about sexual assault and broken families told through common symbols of childhood innocence, over increasingly discordant snippets of music box and carnival music. The album is an exploration of modern coming of age, covering a plethora of issues, from beauty standards to mental illness. It is a conceptual album, going beyond the music to include an illustrated book in the style of children’s storybooks, that Martinez produced with a friend and funded herself, as well as music videos she conceptualized and directed.

Much like her lyrics, though, her work is not all rainbows and sunshine. At times the childish style can feel overused, the metaphors stretched. While it is important to have artistic vision, which Martinez clearly has, diversity keeps things interesting. Her inexperience also showed in the set list. All of her songs were performed live in the same order as they are on the album. The album is tied to a storyline, which is detailed in the storybook, so the order is important. However, the energy of a concert makes some flexibility necessary. The concert ended up losing some energy by the encore.

Still, the power of Martinez’s message and appeal should not be overlooked. Cry Baby only came out in August, but almost everyone in the crowd knew the lyrics to every song. The crowd, dressed in her trademark doll-style clothing and singing every word, was as much the focus of the concert as the headliner. To the backdrop of her bubblegum-bright songs, fans vented their own emotions, pressures, and experiences, as they screamed out the lyrics. Sure, they might seem a little crazy, but in the words of Martinez herself, “all the best people are.”