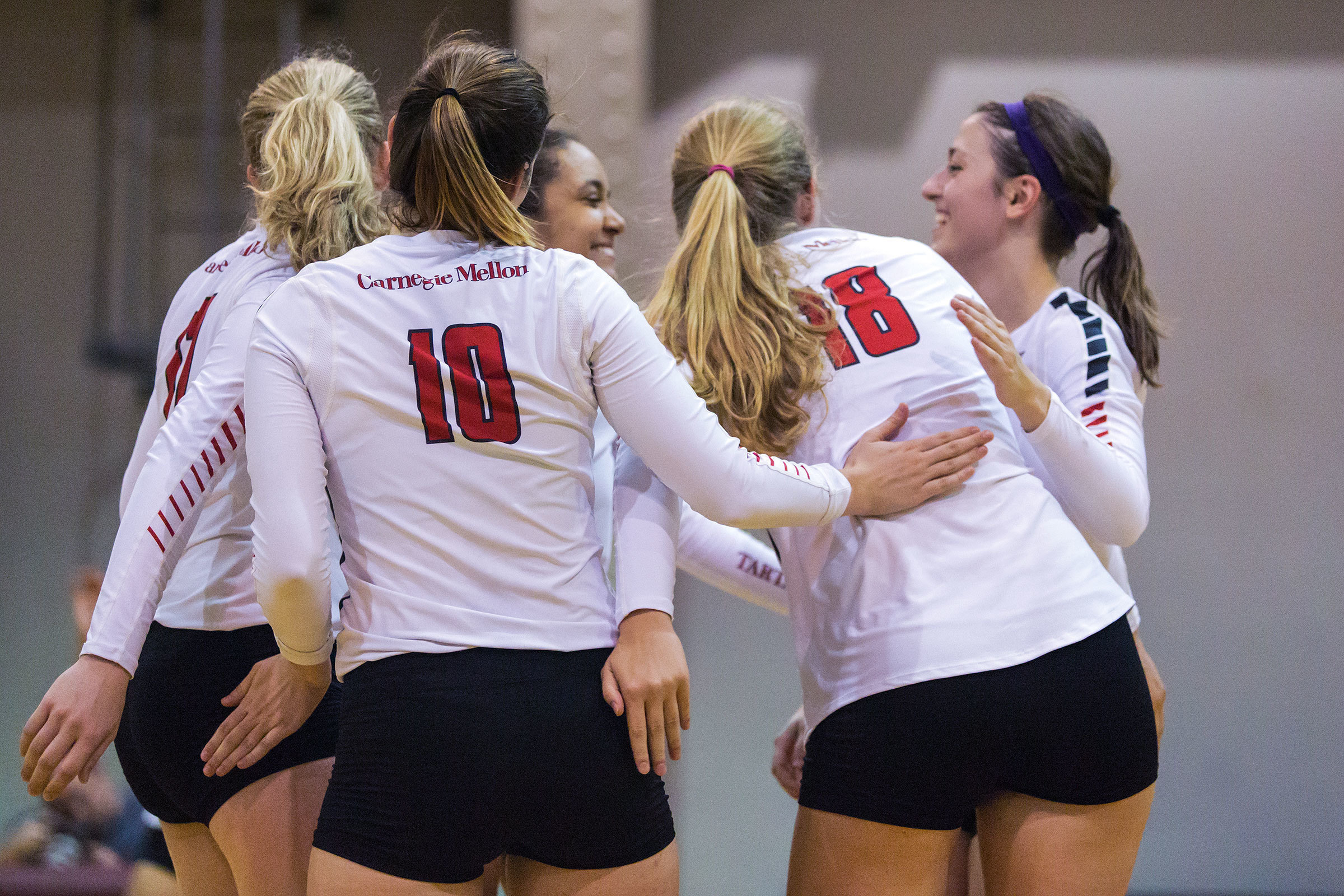 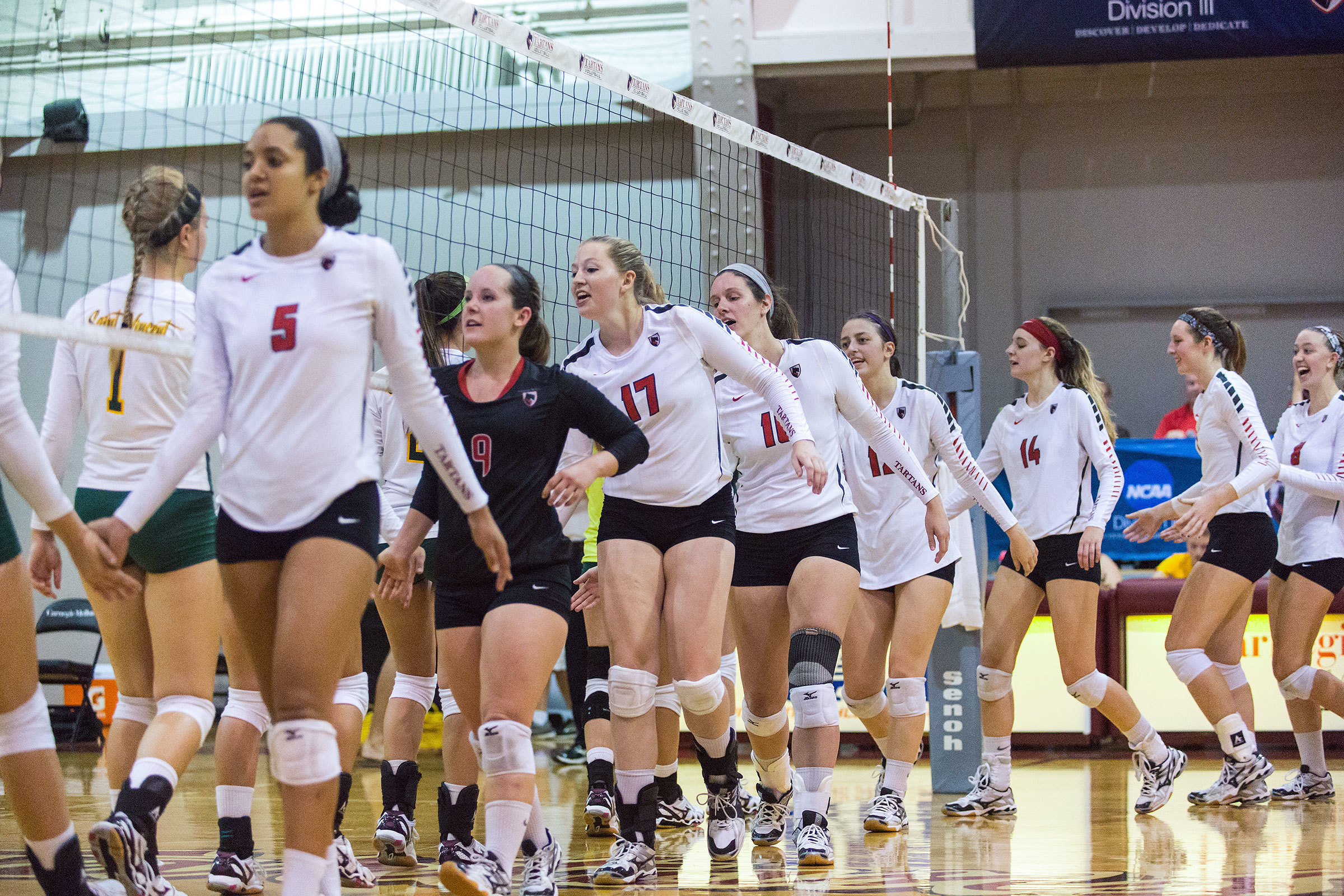 The Tartans shake hands after a victory. (credit: Junior Photographer) 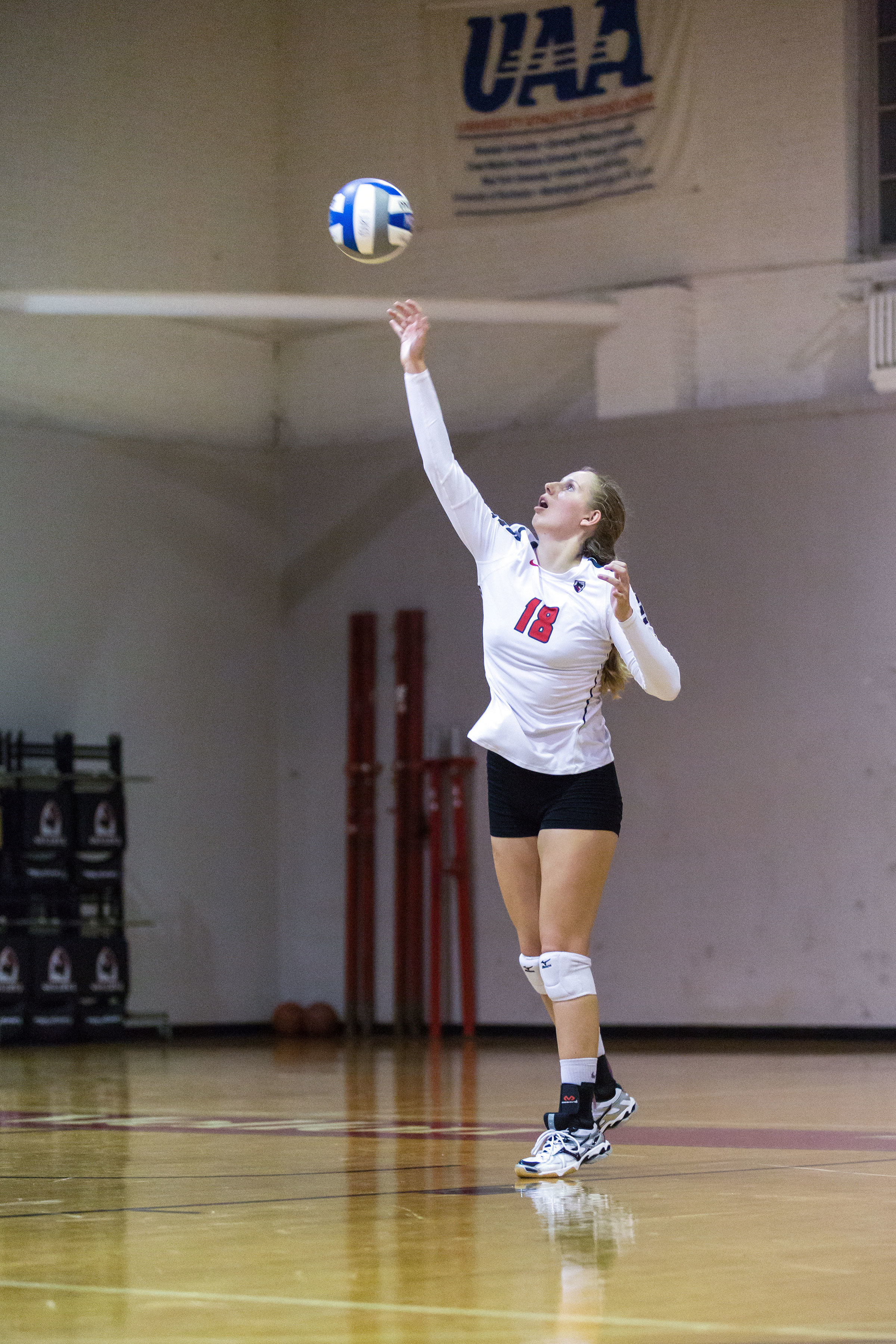 The Carnegie Mellon women’s volleyball team returned to campus for its home opener on Wednesday to face the St. Vincent College Bearcats. The Tartans got off to a quick 3–0 start in the first set, setting the tone early as they rallied to a 25–9 score and took the first set. The second set began with a fiercely contested rally, the ball traveling over the net many times before finally falling in the Tartans’ favor. The Bearcats, undaunted by the Tartans’ early lead, continued to fight tooth and nail. Though the Tartans were at one point blowing away St. Vincent, the Bearcats caught up, eventually gaining an 18–17 lead.

The Tartans, however, proved to be resilient, refusing to back down from their surging rivals. They were able to turn the tables and take the second set 25–20. From there, the Tartans continued to increase their lead against St. Vincent, taking the third set 25–10 and winning the match 3–0. First–year outside hitter Sydney Bauer led the team with five kills, and four other team members each notched four kills.

The Tartans have dominated their competition so far, having won all seven of their games and lost only one set following their victory against the Bearcats. Offensively, the Tartans have proven to be very adept at earning kills. First–year outside hitter and defensive specialist Lauren Mueller, junior middle blocker Jackie Gibbons, and first–year right–side hitter Sarah Jurgens have accumulated the most kills for the team, etching 71, 61, and 59 kills respectively. Junior setter Emily Newton has played a huge role in helping set up the offense, marking 215 assists. Defensively, they have recorded many digs that would have otherwise resulted in opposing scores; junior libero and defensive specialist Molly Higgins has led the way for the team with a whopping 94 digs.

The Tartans’ efforts this season have already resulted in a few decorations. Both Higgins and Mueller were honored by the Eastern Conference Athletic Conference (ECAC) following their strong season–opening performances. Higgins was named Corvias ECAC South Region Libero of the Week, and Mueller was named Corvias ECAC South Region Rookie of the Week. Head coach Kim Kelly earned her 450th career win and 200th win at Carnegie Mellon after the Tartans defeated Haverford en route to their victory at the Haverford/Swarthmore Invitational Tournament.

The Tartans will return to action at the Days Inn Blue Jay Classic.