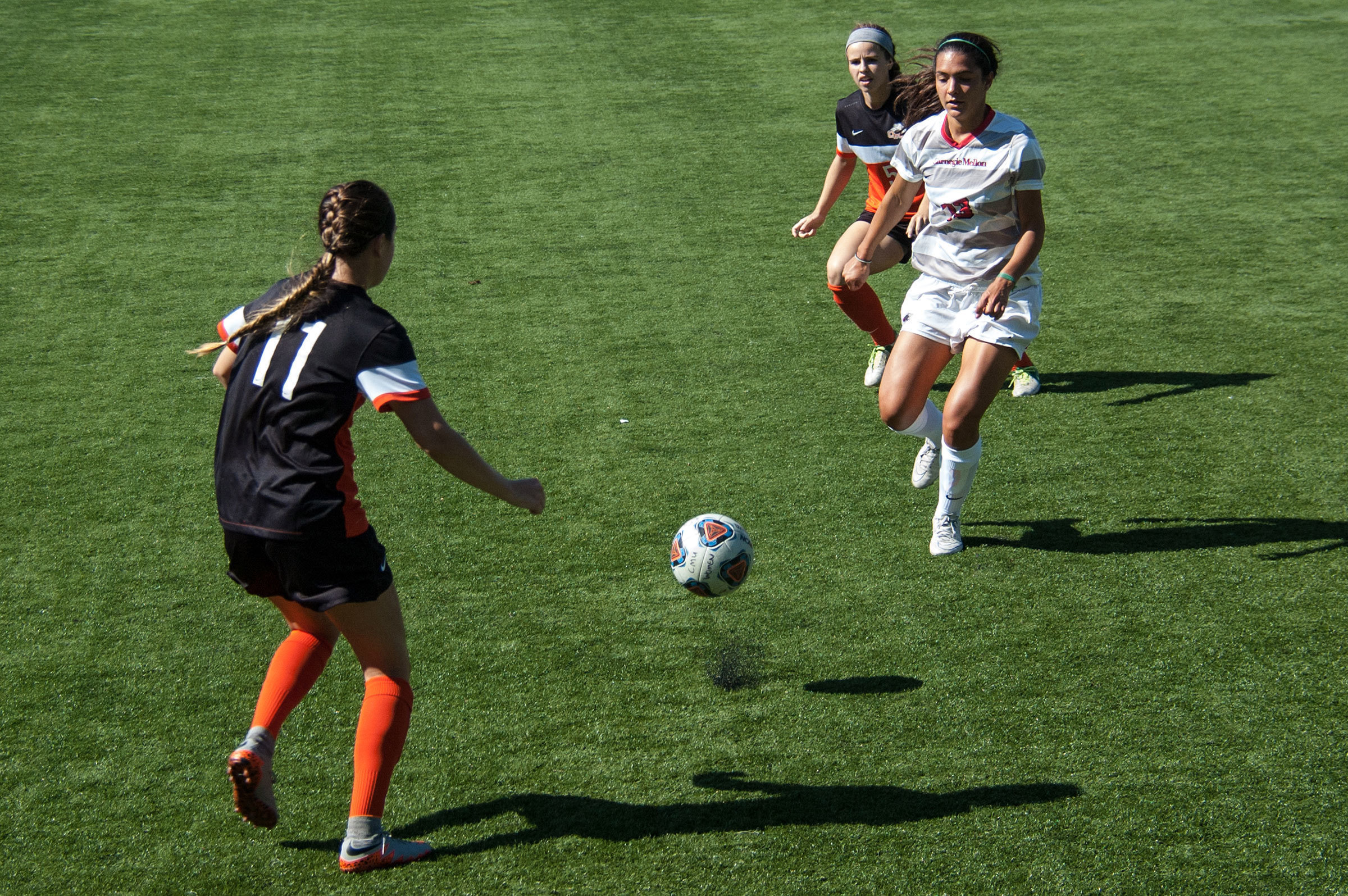 Coming off a tough double-overtime draw versus Ohio Northern in their home opener, the Carnegie Mellon women’s soccer team wanted to make a statement in the second game of their seven-game long homestand. While the game might not have been a statement, a 1-0 win against No. 18 Wheaton College and a second straight shutout give credence to the team’s ability and sets the stage for improved performances over the next few games.

The results mean that the Tartans improve their record on the season to 3-0-1 while their most recent opponents drop to 3-2. The still undefeated Tartans will hope that this early season form can provide cause for more celebration over the next few games for the home crowd.

The scoreline does not reflect the dominance of the Tartans as the finishing touch or the final ball was the only thing missing in several moves that could have ended up as goals.

After an edgy first half in which neither team created much, a combination of first-year Kaili Bruch and sophomore Tori Iatarola created the first goal of the season for midfielder Iatarola.

Overall, the team had nine shots to their opponent’s three, while they had three shots on target to their opponent’s two. The goal resulted in much more open play and Wheaton’s only shot on goal of the second half also came late as they searched and pressed for an equalizer.

Sophomore goalkeeper Sarah Mahler earned her second shutout with some confident keeping and marshaling of her defense. She kept her composure for both shots on goal and earned a first win as the Tartan’s goalkeeper.

Against their next opponents, the Tartans will be looking to improve their play in the final third in order to ensure more goals. Despite dominating this game from the off, had the 88th-minute shot by Sydney Sharkey of Wheaton been better and out of Mahler’s reach, they could have been staring at two disappointing draws to begin the homestand.

More adventurous play with the ball and focused pressure off the ball will be required to generate complete performances. While this is all easier said than done, the team currently has a great combination of newcomers and experience to effectively maximize their chances of winning every game.

For their next game, the Tartans face Grove City on Friday, Sept. 18 at 7 p.m. The team will not only be hoping to continue their good run of form and remain undefeated, but also will hope to score some goals to provide the several fans that come out to watch them regularly a memorable night.