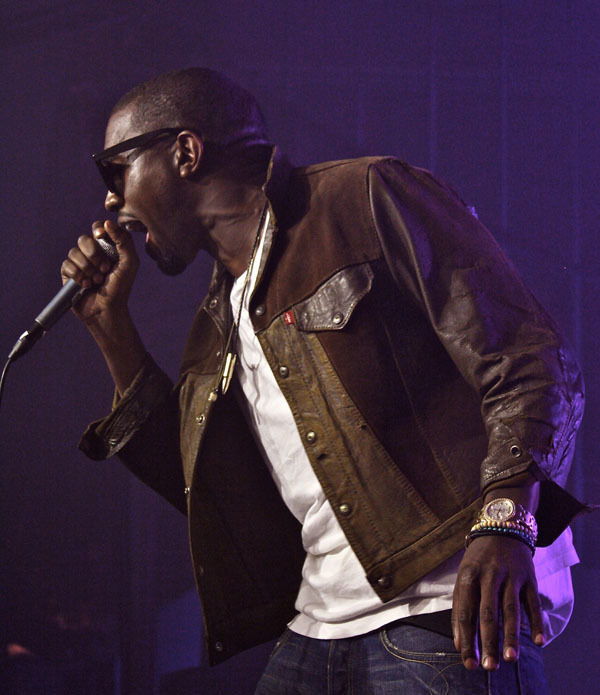 Kanye West’s announcement of his plans to run in the 2020 presidential race was just one of the unexpected and dramatic moments of the night. (credit: Courtesy of Wikimedia Commons)

This year’s Video Music Awards were an overwhelmingly political event. From the get-go, various choices that the producers made this year were questionable or ill advised. Miley Cyrus as the host was one of the choices I did not agree with. She has never hosted a single awards show, nor does she have much experience with live television in front of such a large audience. Miley has also been known for her “interesting” choices. She unabashedly says and does things that are not well received in terms of tone, audience, or delivery.

When nominations were revealed, the VMAs were already causing controversy within the political realm by snubbing Nicki Minaj’s “Anaconda” video as a Video of the Year nominee. Minaj speculated via Twitter that if the video featured extremely thin women, then it would have most likely been nominated for the award. This prompted the only female nominated for Video of the Year (Taylor Swift for “Bad Blood”) to tweet back that maybe one of her spots was taken by one of the men. Swift made the argument about herself, rather than understanding that this is more about a system of racial inequality.

The misunderstanding — or as most media called it, feud — between the artists was cleared up once Taylor talked to Nicki and understood that the tweet wasn’t a deliberate stab at her. The media’s portrayal of this brief rift made it seem much worse than what it was, and news outlets were constantly flashing imagery that only furthered racial stereotypes and the idea of the “angry black woman” and making the white girl a victim. Reporters tended to use pictures of Nicki Minaj making faces, but pictures of Taylor in nice dresses. While these actions might not have been intentional, they clearly show a lack of racial consciousness and truly showcase the systemic aspect of racism in America.

On the night of the performance, Taylor Swift was able to redeem herself and show that she was not truly fighting with Nicki Minaj by making an appearance in Minaj’s opening number during the night. They poked fun at each other by closing that opening set with Swift’s “Bad Blood.” Later on, she was able to tell everyone that she’s over everything that has happened to her on the VMA stages by introducing Kanye West for his Video Vanguard Award. As almost everyone remembers, Kanye went on stage and said that Taylor did not deserve her award and that Beyonce should have won for her “Single Ladies” video a few years ago.

During Kanye’s 11-minute speech, he apologized for being disrespectful to certain artists in the past, because he’s always been pushing for the art. He went on to say that award shows are by definition awful for an artist’s mentality because they pit artists against each other rather than showing that all of them belong to the art. They decide which one is better when there is no such thing. He then went on to say the following powerful words: “I’m confident. I believe in myself. We the millennials, bro. This is a new mentality. We’re not gonna control our kids with brands. We not gonna teach low self-esteem and hate to our kids. We gonna teach our kids that they can be something. We gonna teach our kids that they can stand up for theyself! We gonna teach our kids to believe in themselves!” And he finished off his speech with something that has left the world speechless, and the media crying “rant”: Kanye West has decided to run in the 2020 American Presidential elections.