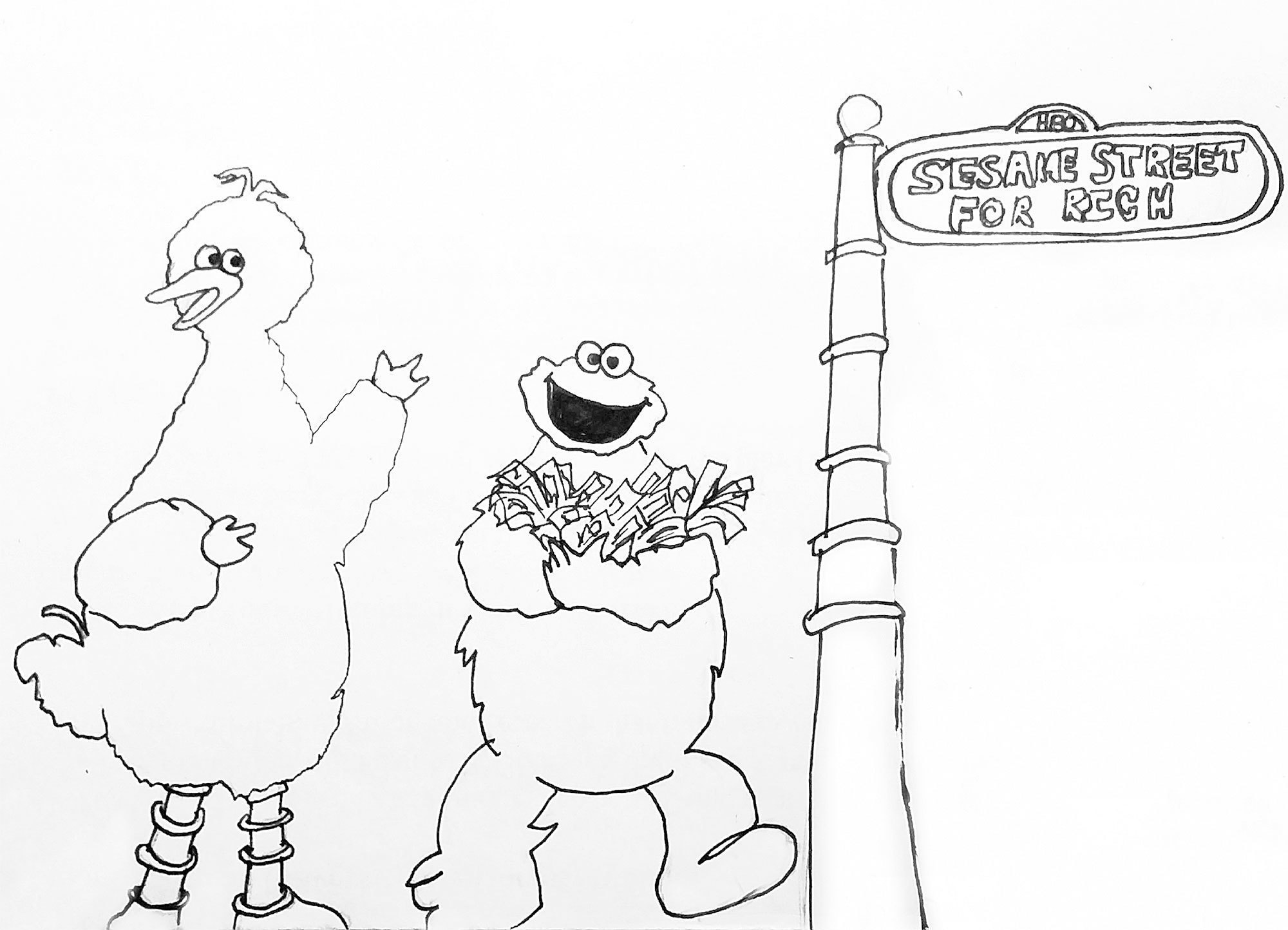 If you're planning a trip to Sesame Street, you might want to double check the address. Last month, Sesame Workshop — the nonprofit that has been producing the beloved children's educational television program since 1969 — announced a new partnership with HBO.

When people hear "HBO," they don't usually think of brightly-colored puppets and learning the alphabet. Nonetheless, starting next season, Sesame Street will find a new home on the premium cable channel and its accompanying streaming service. It will also continue airing new episodes on PBS, but only after a nine-month wait period.

According to Sesame Workshop CEO Jeffrey D. Dunn in USA Today, the deal "provides Sesame Workshop with the critical funding it needs to be able to continue production of Sesame Street and secure its nonprofit mission of helping kids grow smarter, stronger and kinder; it gives HBO exclusive pay cable and SVOD access to the nation’s most important and historic educational programming; and it allows Sesame Street to continue to air on PBS and reach all children, as it has for the past 45 years.”

The massive funding and production power HBO packs will mean that Sesame Street can produce twice its usual number of episodes, as well as a spin-off program and a brand new series. In turn, HBO gets its hands on one of the longest-running and most celebrated children's shows of all time. On a practical level, the deal seems like a win-win for all parties.

However, the ideology behind the change leaves a lot to be desired. Sesame Street was created as an all-access program for the benefit of low-income families, who have a more difficult time providing their children with a quality formal education. At $15 a month, HBO access would strain the budgets of this original audience.

Even though PBS will air the episodes eventually, privileged children now have first dibs, while less advantaged children must wait for their leftovers. The new paywall will ensure that the program is never again equal access across class lines.

Sesame Workshop has sacrificed its principles in favor of the alluring glow of capitalism. Sesame Street has sold out, and while no one can be reasonably surprised, it still leaves a bitter taste in the mouth.