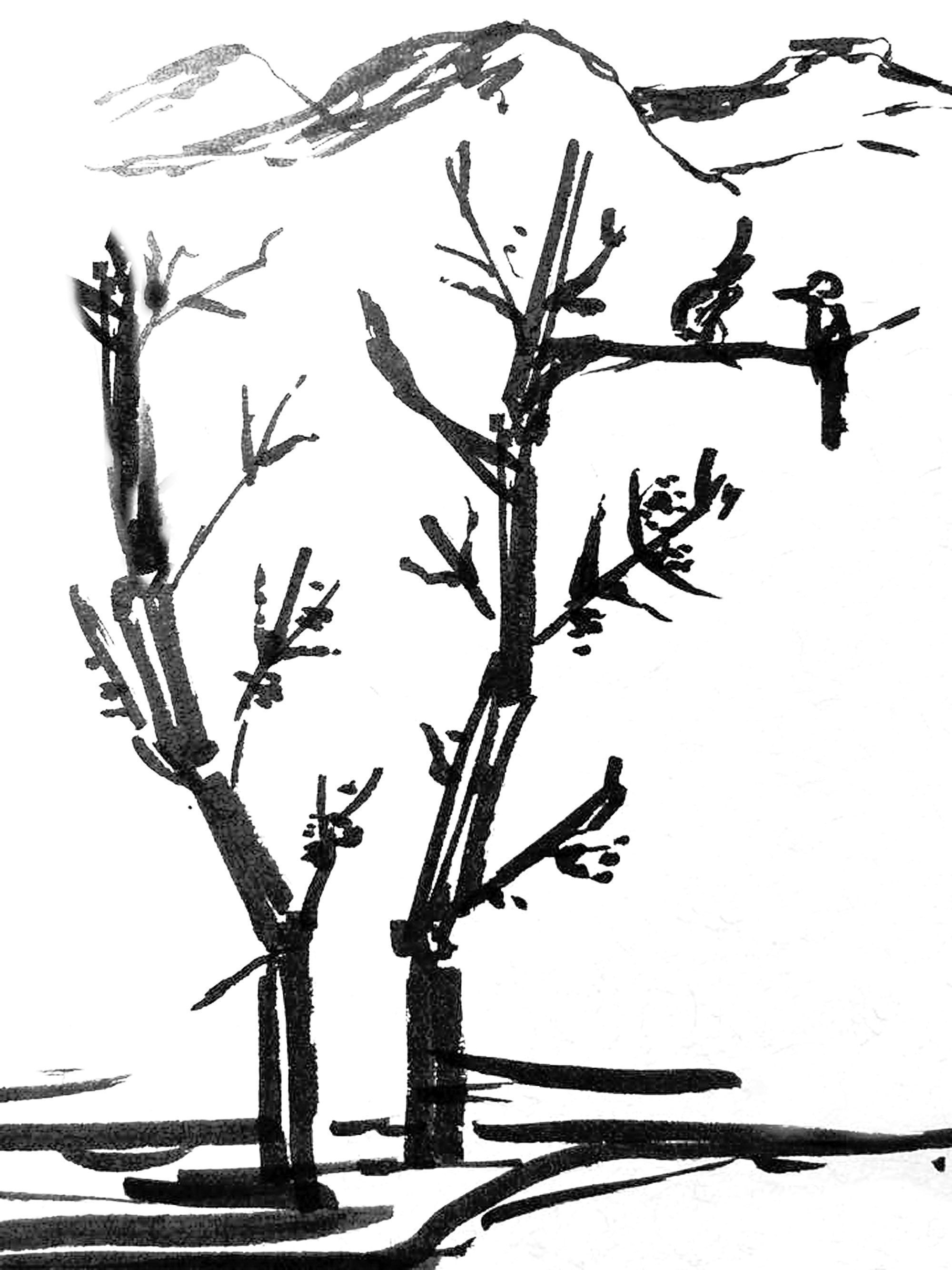 Minority identities aren't costumes for white people to rent at no cost (credit: Louise Zhou/)
Editorials featured in the Forum section are solely the opinions of their individual authors.

Congratulations to Yi-Fen Chou for being featured in The Best American Poetry 2015, an annual anthology edited by David Lehman and a rotating guest editor. Shame on Michael Derrick Hudson for using the pen name Yi-Fen Chou to get his work published.

As far as the more well-known nom de plumes go, it’s clear that they all aim for the same persona: a white male. White male names dominate literature. Anyone who doesn’t fall under that category is automatically stored away into their own subgenre. This writer is a woman; that writer identifies outside of the gender binary. But they are never just a normal writer.

Many people denied the privilege of being “normal” are constantly trying to fit themselves into a mold that Michael Derrick Hudson already fits into. His work has already been featured in numerous other publications. His biography has its own page on the Poetry Foundation’s website. Yet he’s found that using a Chinese name has helped him “place” his work in publications. In this year’s Best American Poetry, Hudson reveals that the poem featured in the anthology was rejected 40 times under his real name, but only nine times under his pen name before Prairie Schooner selected it.

As much as I want to tear Hudson’s statistical reasoning and conclusion apart, that’s obviously not the bigger issue at hand. Hudson seems to think that the privilege of being a white male with a somewhat established presence in the poetry world isn’t enough. He felt the need to take advantage of what this year's Best American Poetry’s guest editor, the famous Native American writer Sherman Alexie, calls “racial nepotism.”

I’m not going to call out Sherman Alexie for his choice to include Hudson’s poem, even after discovering Hudson’s true identity. In fact, I respect Alexie’s decision to pay slightly more attention to an Asian-named author. The only works written by Asian writers that I can recall seeing in a big-name bookstore are Lost Names by Richard Kim and Everything I Never Told You by Celeste Ng. And even those, despite praise and merit, were buried behind copies of the latest James Patterson thriller.

To take on a name from a marginalized minority group and claim that it is to your advantage is offensive no matter which way you look at it. Asian names are constantly westernized in an attempt to make things easier for people who aren't quite as comfortable with the way each consonant rolls off their tongues.

Moreover, names are westernized in an attempt to somehow normalize an Asian individual's identity on paper. I've had the privilege of being given a Western first name, but don't think for a second that I've never thought of legally changing my surname, or that I haven't submitted work to publications under a Western pen name.

It is refreshing, however, to see a nonwhite name credited to excellent work. And I know I'm not the only one who feels that way, considering that more and more people are clamoring to get their hands on good work by people of color.

In a world where minorities are constantly seeking representation and want their voices to be heard, someone accidentally gave the mic to a masked Hudson. He might be able to steal a name, but he's never going to understand or want the problems that come with it.