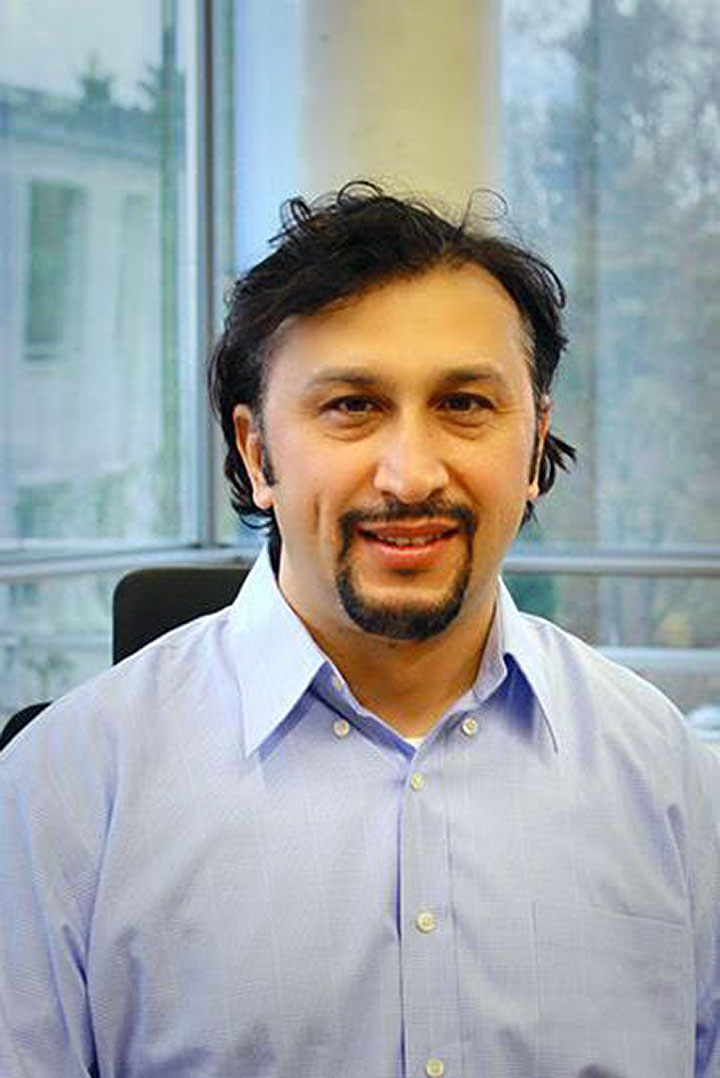 It’s a typical afternoon at the zoo, and you find yourself looking at the exhibits of reptiles and amphibians in miniature imitations of wild and exotic habitats. At one of the displays you notice a gecko crawling on a window with superhero ease. You see that with each step taken, the lizard-like animal leaves no trace of a footprint — an observation that is ordinary enough to many, but perhaps extraordinary to a select few.

Suppose that you use your creative and enterprising mind, and you decide to turn this peculiar trait found in nature into a product that could transform the prospects of many businesses and the lives of many people. That is exactly what Metin Sitti, a mechanical engineering professor at Carnegie Mellon University, has spent nearly ten years working on.

“The source of inspiration was the amazing climbing ability of geckos on almost any surface in nature,” Sitti told The Tartan in an email, as he described the beginnings of his product, Setex™, an adhesive that functions much like the sticky feet of geckos. A member of both the Department of Mechanical Engineering and the Robotics Institute, Sitti has studied the lizard-like creatures in an effort to develop micro/nano-fibrillar adhesives. Setex™ is the first adhesive of its kind to be commercialized.

The project started when Sitti was completing his post-doctoral research at the University of California, Berkeley. While on a trip to Thailand, a biologist collaborator on the team proposed the idea. Sitti’s team then studied the biological dry adhesion principle of gecko foot hairs and, using that knowledge, Sitti created nanostructures that mirrored those hairs.

Despite their initial efforts, however, Sitti’s team at Berkeley had issues creating large pieces of adhesives that could mimic the gecko’s ability to firmly grip and repeatedly attach to a surface. Sitti later became a professor at Carnegie Mellon University, where he continued his work as the principal investigator of the NanoRobotics Laboratory. In the laboratory, he and his colleagues focused on the design and mass production of the gecko-like adhesives.

“We could not achieve high performance for [the] first two to three years, and my PhD students at Carnegie Mellon were almost giving up” Sitti said. “However, after changing the tip ending shape of our gecko adhesives, we suddenly started having similar and even better performance than biological gecko adhesives!”

The breakthrough allowed Sitti’s team to eventually patent the design and creation of the synthetic fibers in the adhesive, which are made from elastomeric polymers. Thanks to the saucer-shaped endings of the fiber tips, the millions of tiny, micron-scale fibers have the ability to stay in steady contact with a surface through intermolecular forces. Rather than altering the chemistry of the adhesive, Sitti and his researchers were able to create an adhesive tailored to a specific application by engineering its microstructure.

The researchers also focused on developing a method of production for the adhesives. “In my team, from day one, we have aimed at developing a manufacturing process that can produce large areas of synthetic adhesives in high speeds with low cost,” Sitti said. While other research groups have also attempted to make synthetic gecko adhesives, their performance does not meet the caliber of Sitti’s due to the patent on the fiber tip geometry and design of Setex™.

In collaboration with one of his PhD students, Sitti founded nanoGriptech, a company for his synthetic gecko adhesives. The company received funding for its first few years from a program within the Department of Defense.

Since 2009, nanoGriptech has been applying their adhesive technology to create a variety of products for their customers in a variety of sectors, including apparel, gloves, manufacturing, medical devices, product design, flexible packaging, and robotics. The company has embarked on many projects, such as creating gripping materials for sports and industrial gloves, flexible closures for sports, and soldier apparel and friction adhesives for medical devices on skin or other tissues. “Setex will perform better than many existing repeatable adhesive products,” Sitti said. “It also has unique features that have not been possible before by any product.”

The company is currently working on further improving its adhesive to address the needs of different kinds of product applications. It is also looking to bring more of their product out into the market.
As legions of scientists and engineers look for ways to invent and innovate their products in a technologically advanced world, sometimes nature can prove to be the best place to find ideas. After all, the Pittsburgh Zoo is only a bus ride away.