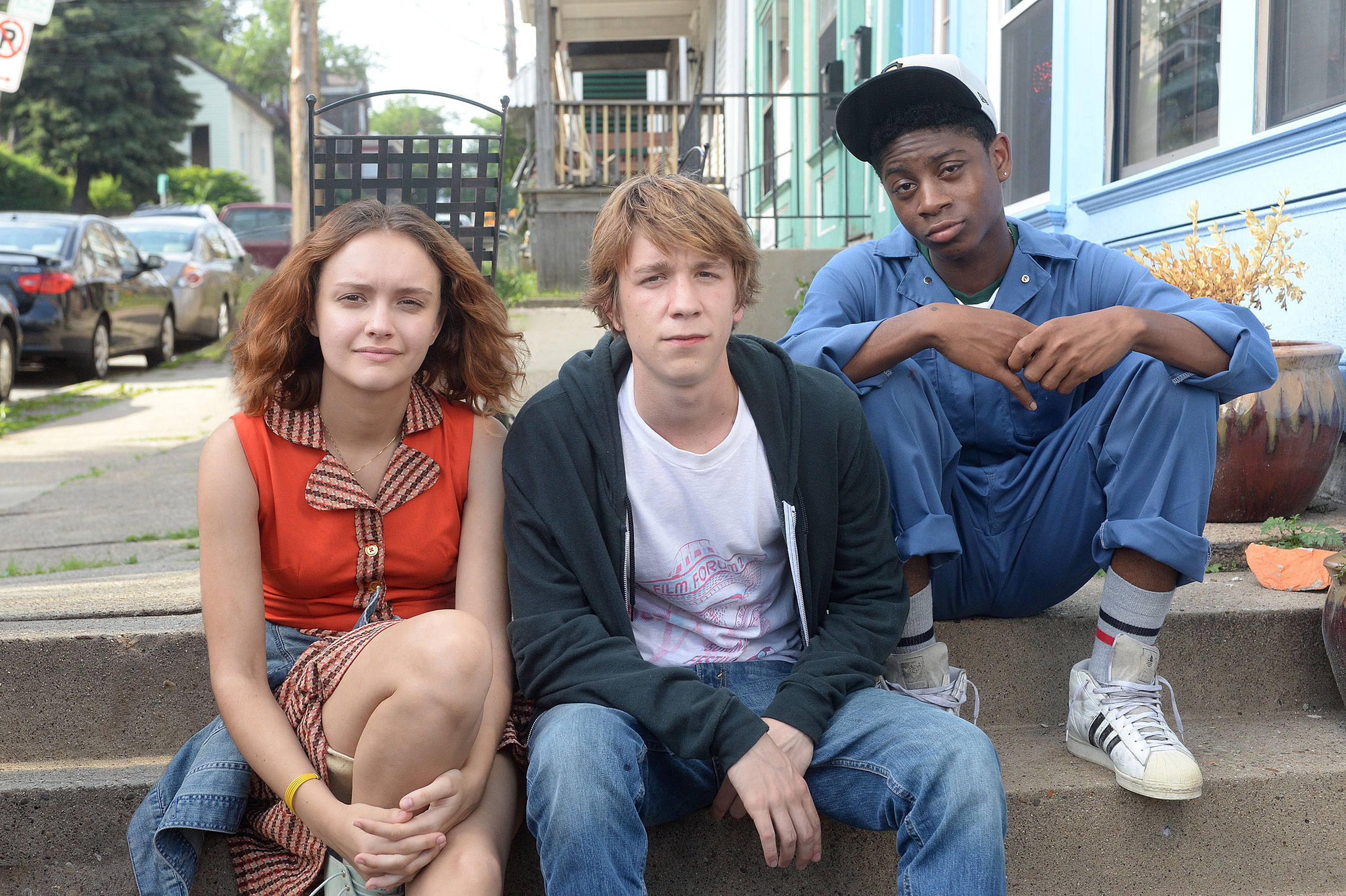 Olivia Cooke, Thomas Mann, and RJ Cyler star in this story about coming to terms with oneself and finding one’s place in the world. (credit: Courtesy of Wikimedia Commons)

It’s always cool to see your city on the silver screen, and even cooler when you’re missing that city like crazy due to summer break distance. This summer, a movie came out that was not only set in our lovely Pittsburgh, but was also really good and had a killer cast.

Me and Earl and the Dying Girl, based on the book of the same title by Point Breeze, Pennsylvania native Jesse Andrews, is a story about awkward high school senior Greg Gaines (Thomas Mann). Greg is neither popular nor unpopular; he likes to float through Schenley High School — recognize the name? Remind you of a certain campus-adjacent park perhaps? — never settling within a single group. His only friend, Earl (RJ Cyler), is referred to as a “business partner.” The two eat lunch in the office of their history teacher Mr. McCarthy (Jon Bernthal).

On his first day of school Jesse, learns that Rachel Kushner (Olivia Cooke) has leukemia, and after being informed of this by his mother, he is also told by his overbearing parents, Connie Britton and Nick Offerman, that he must befriend Rachel. This leads to a plan between Greg and Earl, suggested by Greg’s high school crush Madison (Katherine C. Hughes), to make Rachel one of their intentionally-terrible movie parodies, such as “Pooping Tom”, which up until this point have been based on odd foreign films and have been seen by no one.

Throughout the course of the film, Greg and Rachel’s friendship develops and we get to see them navigate senior year, illness, and uncomfortable friendship. We also get to see them explore a fair amount of Pittsburgh. As a Carnegie Mellon student and a member of the Pittsburgh community, it was pretty cool to see Cathy (The Cathedral of Learning) peeping out over the houses on Earl’s street, and through Rachel and Greg’s windows.

Viewers may also recognize the record store Greg, Earl, and Greg’s father visit in Polish Hill to find inspiration for their Rachel film and the corner shop they stop to get popsicles after accidentally eating pot cookies. A lot of the food the Gaines family eats, primarily Dr. Gaines and Earl, has Polish heritage, giving a nod to the cultural communities throughout the city. The director was careful to make sure the Pittsburgh vibe made it into the film, becoming a character in and of itself.

Though not included in the on-screen adaptation, the book tells us that Dr. Gaines is a professor of the classics at our lovely alma mater, which is a little strange because we do not have a classics department. Greg also explains what a Yinzer is, so if you’re not yet aware, check out that description at the beginning of Chapter 12.

Each character also lives in a different Pittsburgh neighborhood — Greg and Rachel in Squirrel Hill and Earl in Braddock, which is where you’d end up if you were to take the 61A or 61B outbound to the end of the line. These neighborhood names will mean next to nothing to anyone not from Pittsburgh, but for those of us who call the Burgh home — even if it’s just for four years — it gives the film that much more depth. We can envision the layout of these characters’ lives, map their paths for ourselves, and, if tempted, could even retrace their steps.

If you enjoy quirky, indie comedies like I do, I highly recommend this film. It has a vibe much like Submarine (Ayoade, 2010), The Way Way Back (Faxon & Rash, 2013), or The Perks of Being a Wallflower (Chbosky, 2012)which was also shot in Pittsburgh.

All in all, Me and Earl and the Dying Girl does a great job of being a movie about teenagers in Pittsburgh. It fully encapsulates the difficult task of existing in a clique-filled world while being an awkward 17 year old. It conveys the difficulty and annoyance of applying to college — Greg applies to the University of Pittsburgh, our Oakland neighbor. It places the characters in a world that the director and writer understand, making Pittsburgh both a place and a character and making it fun for those of us who live in the city to find our landmarks.

It also tackles the incredibly difficult topic of childhood cancer while not making it the film’s only point. The characters keep their teenage-angst I-don’t-care attitude while being affected by the fact that one of them has leukemia. They exist in the wake of mortality. Greg struggles to not constantly remind Rachel that she’s dying, and Rachel tries to remain a teenager in her senior year. There are a lot of laughs and a few moments that make you tear up; there are existential questions and poop jokes; funny accents and weird food; Nick Offerman (who is always perfect), and behind it all is the Pittsburgh sky, with Cathy looming and no overly photographed landmarks making sure you notice them.

Whether or not you live in Pittsburgh, this film is great, but since we’re here, it’s nice to notice our home around it all.