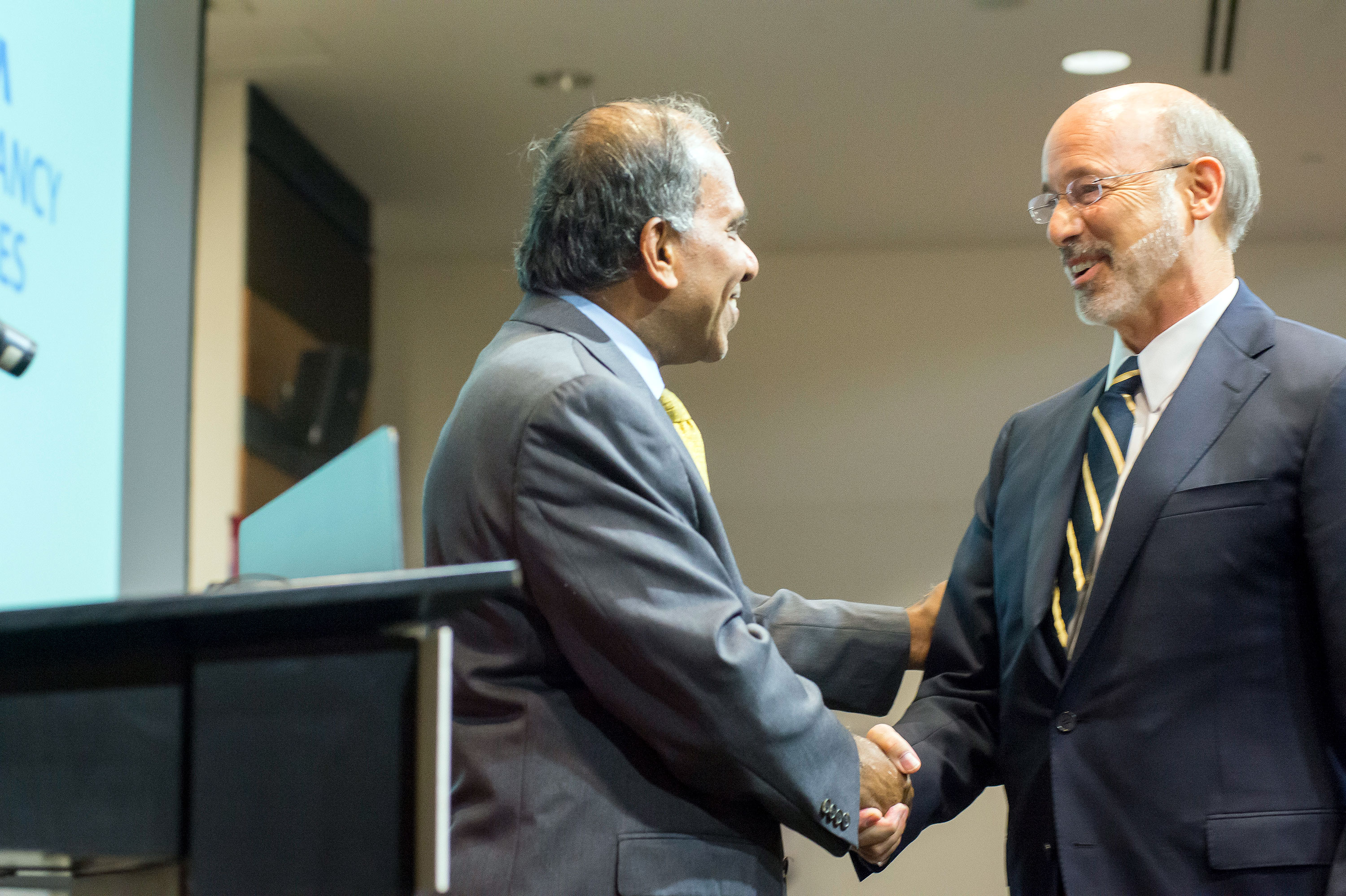 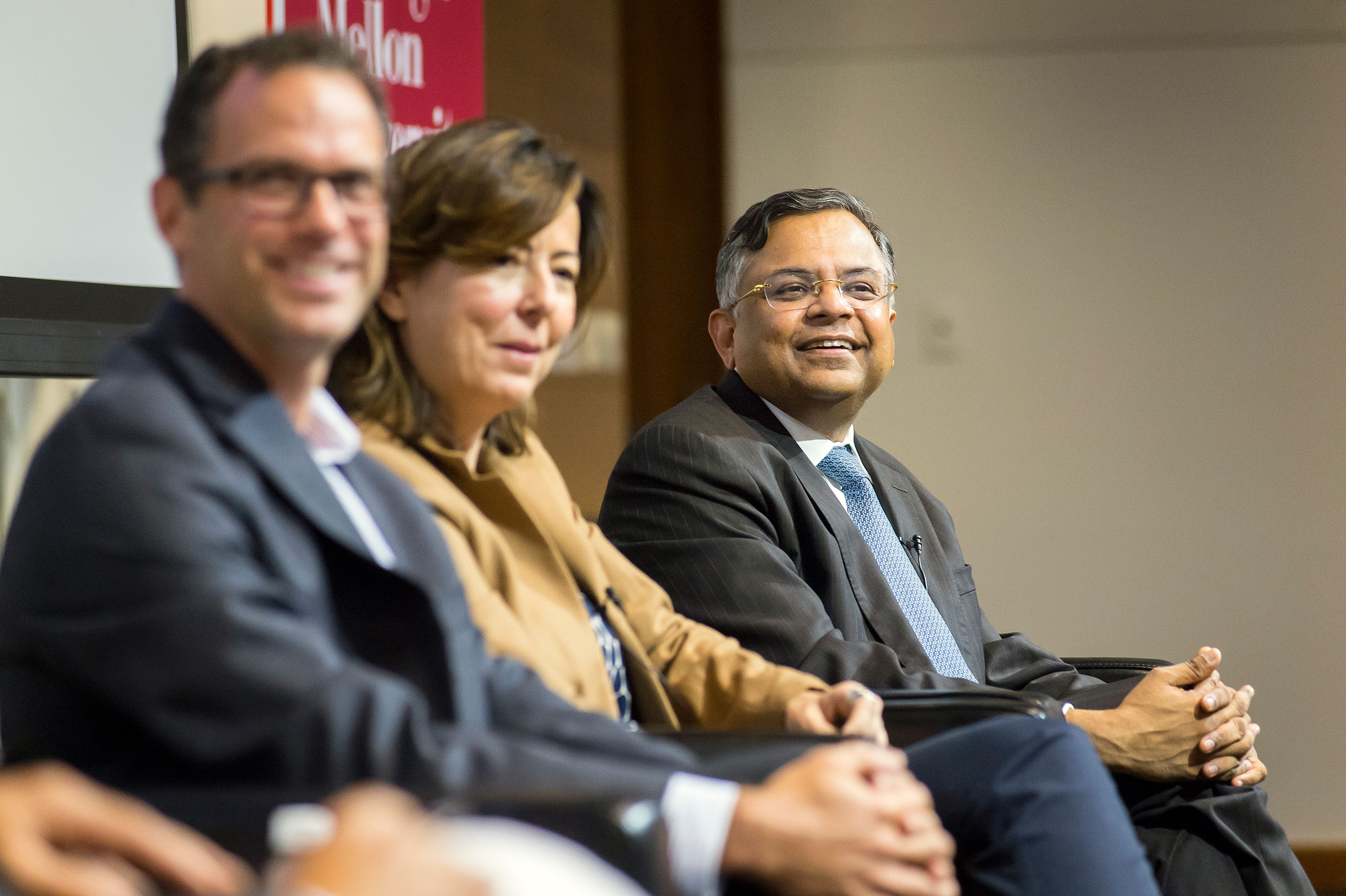 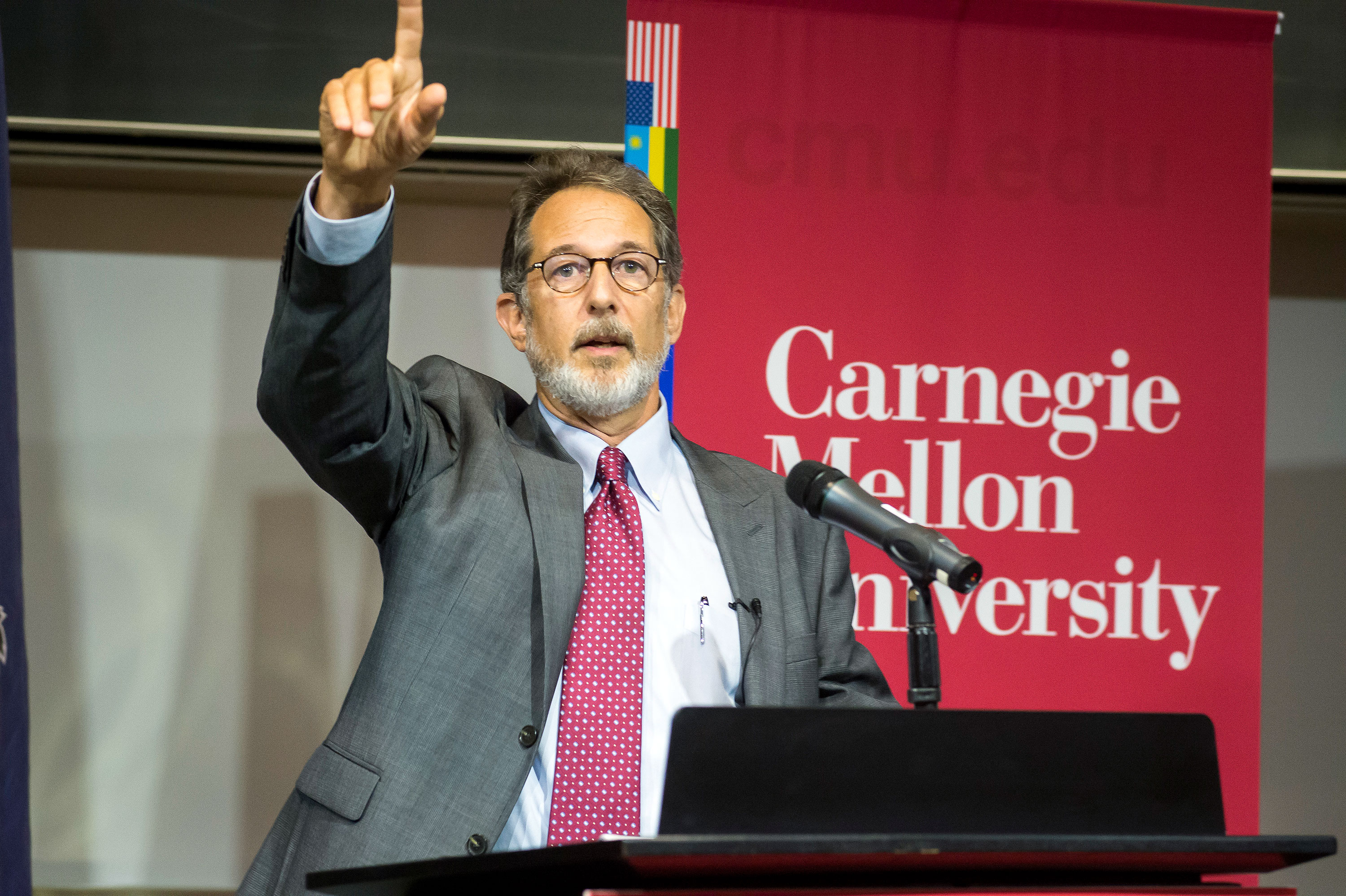 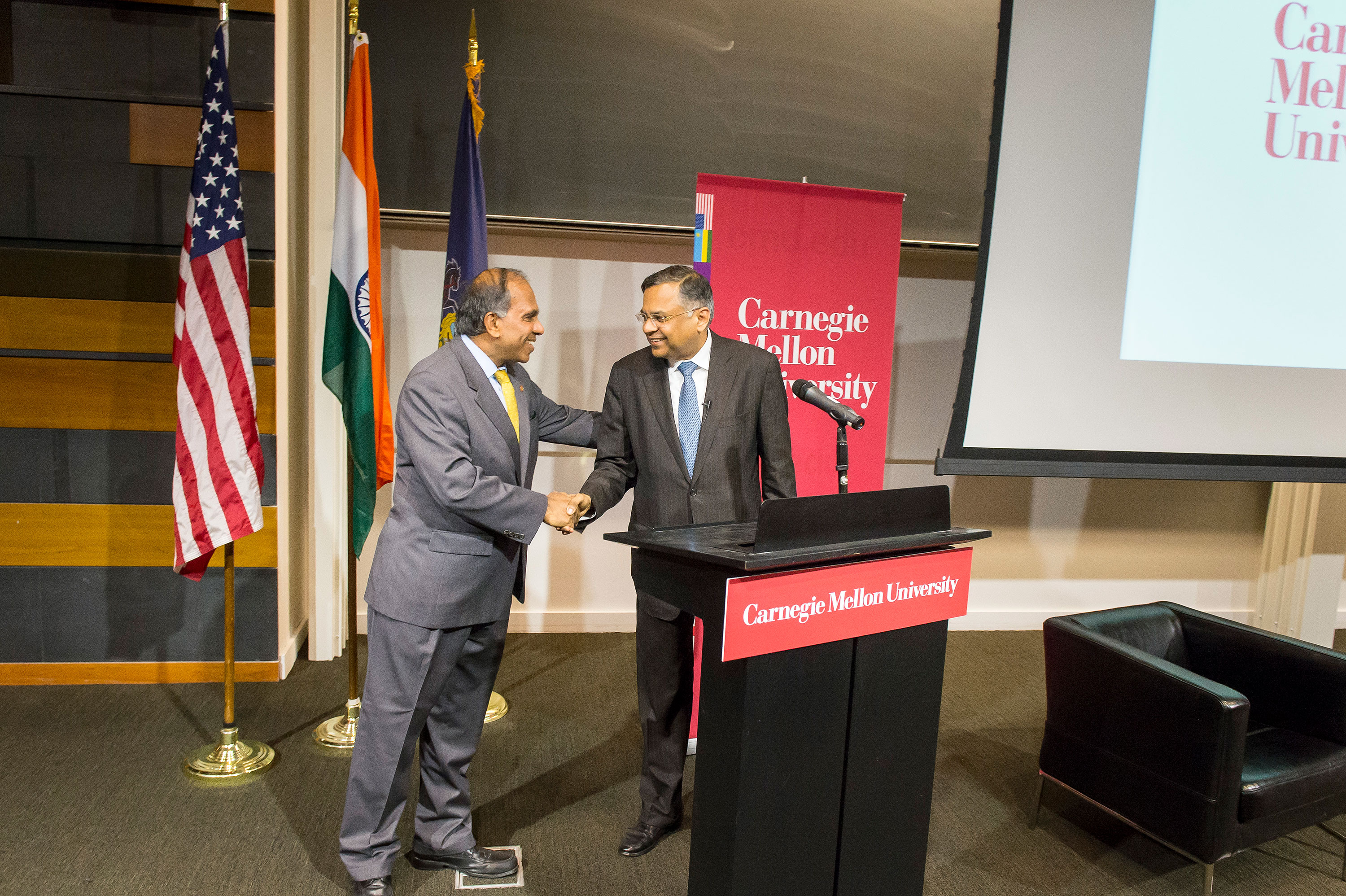 The university announced a $35 million donation earlier this week from Tata Consultancy Services (TCS), the fifth-largest donation in the university’s history and one of a string of recent gifts.

TCS is a worldwide technology services and consulting company, operating in 46 countries and generating billions of dollars in revenue. TCS is a household name in India, where it is headquartered, and has a growing brand both in the United States and worldwide. TCS is among the largest Indian corporations, as measured by its $80 billion market capitalization, and is the largest Indian IT company.

Natarajan Chandrasekaran, CEO and managing director of TCS, hopes that the donation and ensuing partnership between the company and Carnegie Mellon will make TCS well-known to college students at Carnegie Mellon and across the country. “In the future we’re looking to see some CMU graduates and undergraduates joining TCS as the place to be,” Chandrasekaran said. “Because we’re going to be focusing on creating a future which will solve not only industry problems, but create great breakthroughs in solving some of the societal problems.”

The donation was announced on Tuesday by a campus-wide email from University President Subra Suresh, along with a panel discussion and meeting of members of the Innovators’ Forum. According to the email, “The contribution will fully fund construction of a new building along Forbes Avenue, and support the Presidential Fellowships and Scholarships program.”

This expansion, one of many campus improvements coming in the next few years, will transform Forbes Avenue into what Suresh calls an “innovation corridor.”

The partnership between TCS and Carnegie Mellon, Suresh says in the email, will “play an important role in improving our ability to meet the needs of students, faculty and staff in an increasingly global environment.”

At the event, Suresh spoke about how the donation would be used to further Carnegie Mellon’s expansion. Suresh further explained the role the partnership with TCS will play in the university’s global reputation as a technological innovator. Suresh and Chandrasekaran met about a year ago. The two leaders, Suresh said, discovered immediately that they had the same overarching ideas about the future of global innovation, and have been working together since then to form a mutually beneficial partnership between Carnegie Mellon and TCS.

“We can connect with a company that has the capacity to engage a certain percentage of the globe,” Suresh said at the event. “Carnegie Mellon, as a global university, can also play a significant role in taking its talents outside of Pittsburgh.”

Chandrasekaran, who traveled from Mumbai for the event, also spoke hopefully of a bright future of collaboration between Carnegie Mellon and TCS. “I am very, very happy and proud that we have this wonderful partnership developing between TCS and Carnegie Mellon,” he said. “As Subra mentioned, I’ve known him only for less than a year, but we’ve developed a very good alignment of thought in terms of what the possibilities are [for the future].”

Pennsylvania Governor Tom Wolf also spoke at the event, emphasizing Carnegie Mellon’s role in attracting money, research, and innovation to the state of Pennsylvania. “[This partnership] shows what we can do when a world-class company and a world-class university partner up,” Wolf said. “This is gonna be really amazing for this place. The spirit of innovation we so rightly attribute to the market — to the free market — is actually magnified by this kind of marriage.”

After the speakers, Dean of Dietrich College and professor of philosophy Richard Scheines moderated a panel discussion on “Industry-Academic Partnerships: A New Global Era.” the panelists took questions from the audience, and discussed how TCS could work with Carnegie Mellon for mutual benefit.

The panelists spoke on how the partnership could benefit both TCS and Carnegie Mellon. “This combination can really create a powerful impact. The companies have access to top talent, and we, in turn, get access to companies to place our students,” Kovacevicć said.

“And finally, there is the education and learning part of it. By placing our students into internships, they get to see what the real world looks like, and they get a gradual ascent from their work being only about education to their work just being work.”