Make connections with your professors 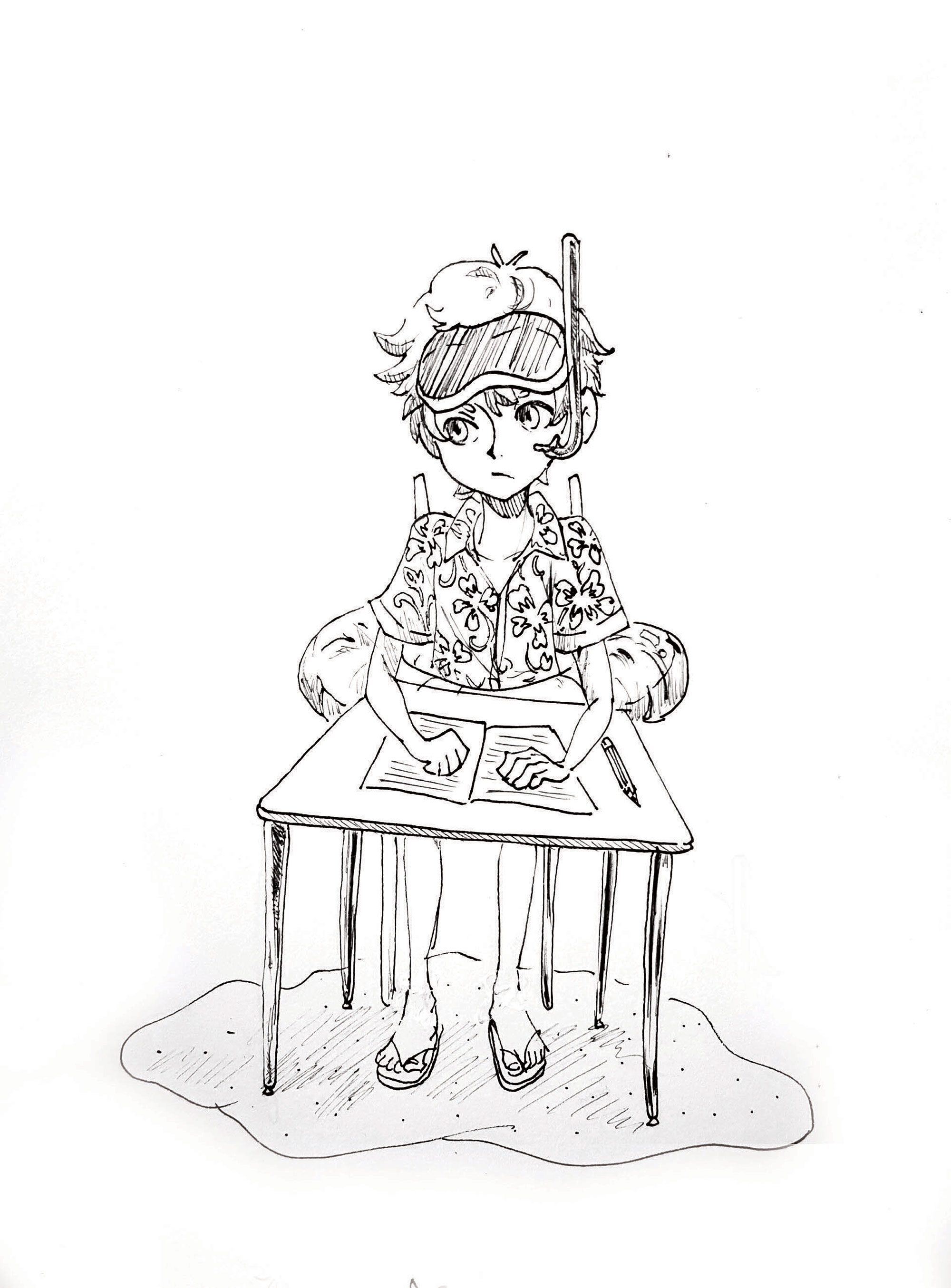 Credit: Eunice Oh/Art Editor
Editorials featured in the Forum section are solely the opinions of their individual authors.

“They won’t let you do that in college.”

That doesn’t mean that you can come to class drunk, start swinging from the lights, and throw things at the TAs. What it does mean, though, is that you are now the only person in the world responsible for your own education. Your math professors probably won’t have a problem with calculators, but if you don’t actually know the material, that’s your own fault — your problem, not theirs.

But professors do care. They want you to succeed. And, probably, so do you. The question is how.
Professors might not demand a lot, but they expect more than they let on. Let’s get the obvious out of the way: Come to class and do the work. Nobody’s taking attendance anymore, but if you miss lecture, you won’t be very happy when finals roll around.

Professors also want you to at least try to pay attention. Class can be boring sometimes — any high school graduate has learned this a dozen times over — but let’s face it: You’re no longer here by law. You’re here to learn, so at least try to interface with the material. If you find yourself drifting, ask yourself why. Are you feeling lost? Do some extra preparation.

Snacking in class is generally fine. Most professors won’t care if you get up and go to the bathroom in the middle of a seminar. Want to use your laptop in a lecture? Probably okay. But if you find yourself bringing a small army of electronics wherever you go, it might be good to ask yourself if your “boredom” isn’t just a method of self-distraction.

It also doesn’t hurt to realize that your teachers are giving up their time to teach you; browsing Facebook or Reddit might be more entertaining than Hooke’s Law, but you’re wasting both your time and your professor’s.
That’s not to say that everything lies on your shoulders alone. Your professors have a right to expect certain behaviors from you, but it’s a mutual relationship. You have the right to expect certain things from them in return, such as consistency. Most professors make a game plan, paste it at the front of their syllabus, and stick to it from the first lecture to the last. Familiarize yourself with it. Know what to expect, and get to work preparing for it.

Professors also try to make themselves available to you, so make use of it. Go to office hours. Most of your TAs, at least, will be actively invested in helping you succeed — why not help them help you? It won’t do you a drop of good if you’re cramming in the library at 5:30 p.m. instead of hanging out at Homework Center with your TAs. If you’re struggling, ask how you can improve or what you should expect on upcoming assignments.

A relationship with your professors and TAs can prove rewarding in other ways as well. If they’re in a department that you’re interested in, ask about opportunities to get involved in extracurriculars, research, or internships. Get to know people — but as Dale Carnegie (author of How to Win Friends and Influence People) noted, do so willingly. These people have a wealth of experience that they can share with you. Try your best to be genuinely interested in other people, and they’ll be happy to return the favor.

So that’s what you want from your professors. What should you want? At college, you gain more than just knowledge — you also gain the ability to use and care about that knowledge. Taking 15-150 might teach you SML syntax, but the professor will instill in you a passion for functional ideas and programming. Learn to care about what you’re learning, and take every opportunity to better your chances of success.

And if that’s not enough, then consider this: Carnegie Mellon is a competitive, hard-working, and, ultimately, expensive school. So the next time you want to skip out on a biweekly morning lecture, just remember: You’re paying to be here. So suck it up, go to class, and learn.