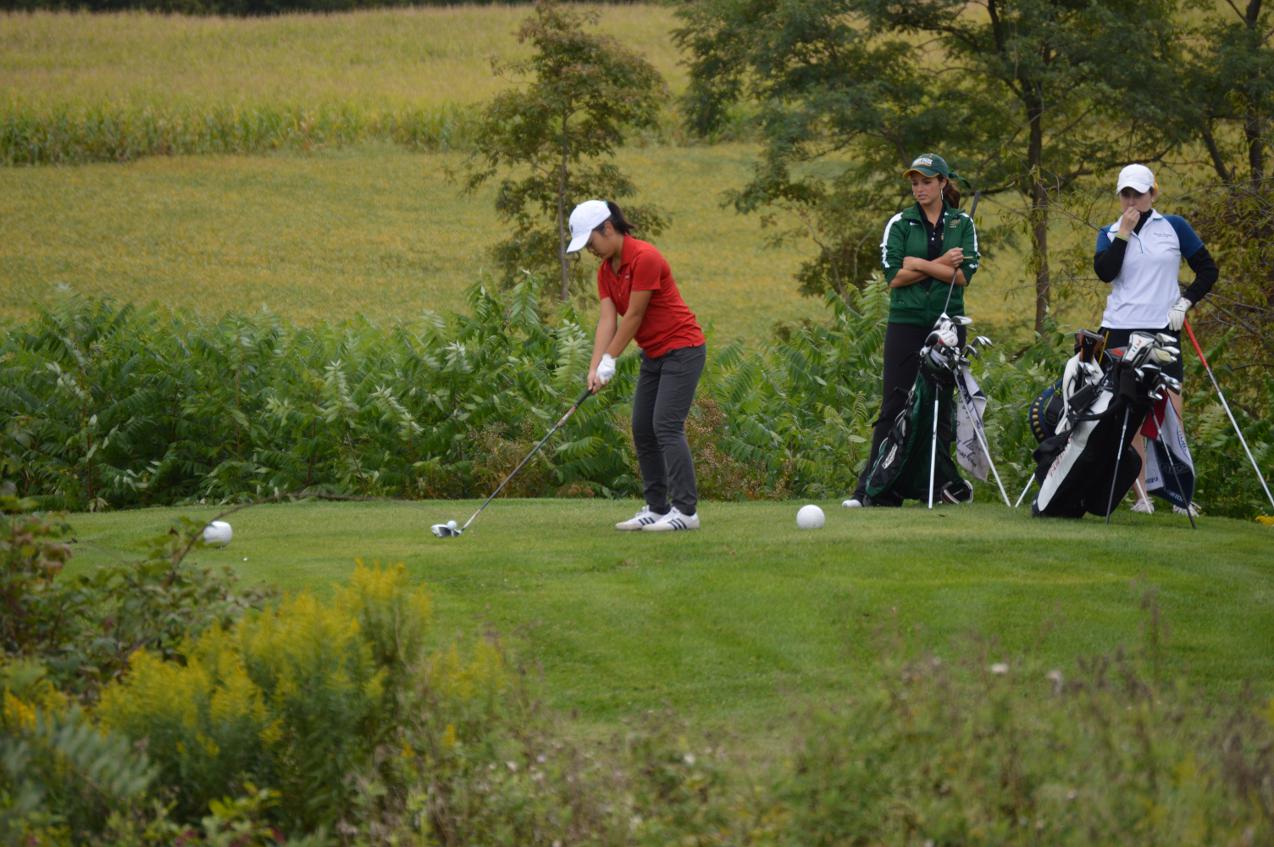 As she gazes down the fairway, first-year golfer Summer Kitahara knows that she is in a world of her own: just her, her club, and a golf ball. And yet, the computer science major is aware that her team is counting on her to play her role, an particularly prominent one due to the structure of the Tartans’ women’s golf team.

To say that the Carnegie Mellon women’s golf team is unusual in its structure is quite an understatement. All but one member of the team are first-years, and junior mechanical engineering major Yoon Hee Ha spent the fall semester studying abroad. In addition, the fall semester marked the first time the women’s golf team would be competing at the varsity level, having previously competed at the club sports level. Jumping up to the next competitive level would be tough for experienced teams, let alone a group of first-year students entering uncharted territory along with new Head Coach Dan Rodgers and Assistant Coach Nick Dunn.

Kitahara, however, contends that these circumstances have produced remarkable team chemistry. “We bonded really well in the fall because we were really new to the college lifestyle,” Kitahara said. “We were learning to balance tournaments and homework.” This is certainly no easy feat, considering the rigor of courses everyone on the team had. Yet, throughout the course of the year, the team has played very well against their competition, with Kitahara leading the way with an average of 80.3 strokes per round.

Kitahara considers herself well-prepared for her role as one of the team’s leaders both on and off the golf course. Having come from a household with a strong focus on extracurricular activities, Kitahara often participated in swimming, tennis, and golf, becoming more serious in golf as she approached her high school years. She emerged as the number 1 player for her high school during her junior and senior years, and she wanted to participate in golf going into college. The most important thing to her was academic rigor, leading her to Carnegie Mellon.

While the team’s first tournament of the year at Westminster resulted in a very respectable second place finish, Kitahara feels that the team’s performance at Grove City three days later really cemented their place in the competitive scene. Despite the presence of some experienced Division II teams in the tournament, the Tartans ended up finishing in first. “It was a big boost of confidence and made us feel like more of a team,” she said. From there, the Tartans capitalized on their momentum, taking first place at both Thiel College and Saint Vincent College over the course of the next week.

During Spring Break, Kitahara accomplished her proudest performance yet: finishing in the top five at the University Athletics Association (UAA) Championships in Sorrento, Florida. “Going down to Florida, the competition was a lot larger than what we normally have here,” she said. Despite the initial intimidation of the competition, Kitahara was motivated to outclass her competitors. With scores of 80 and 81 over her two rounds, she was named part of the All-UAA first team and Division III Eastern Collegiate Athletic Conference (ECAC) Women’s Rookie Golfer of the Month.

For Kitahara, her feats off the golf course remain more important to her than her already impressive showings on the course. “Overcoming challenges like finding the answer to a 251 problem are even more rewarding,” she said. The competitive drive she shows in golf is heightened when it comes to the academic challenges she faces regularly. “I’ve learned not to give up. It’s really rewarding when you finally solve those problems.”
Nevertheless, she knows that she will be continuing to play golf as she progresses at Carnegie Mellon. “It’s an important part of my life, and I won’t be letting it go anytime soon.”