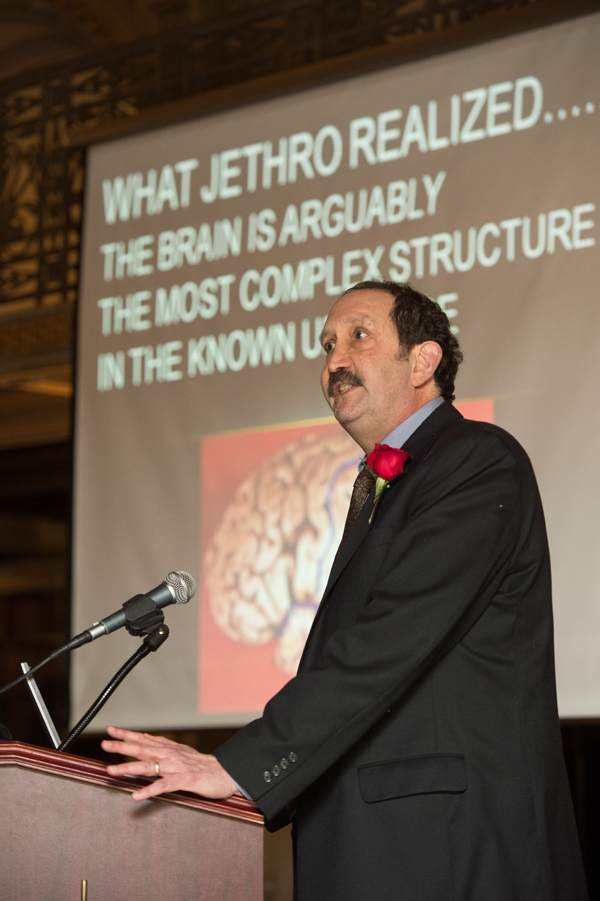 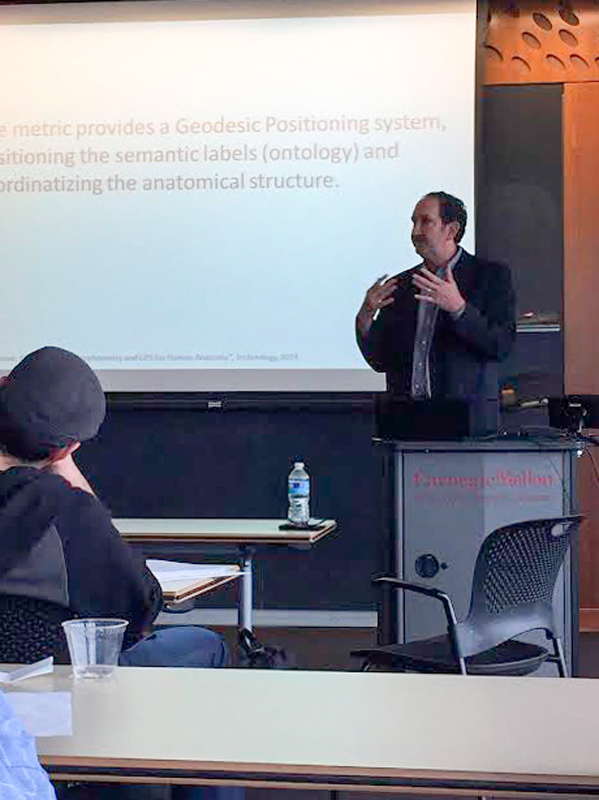 Michael Miller, a professor of biomedical and electrical and computer engineering and director of the Center for Imaging Science at Johns Hopkins, spoke at Carnegie Mellon this past week about applications of imaging. (credit: Raghunandan Avula/)

Medicine and technology are a unique and important combination. Scientists’ understanding of diseases has changed significantly in recent years due to new insights provided by advanced techniques.

Michael Miller, a professor of biomedical and electrical and computer engineering at Johns Hopkins University and the director of the Center for Imaging Science, visited Carnegie Mellon last week as part of the seminar series for Carnegie Mellon and the University of Pittsburgh’s joint Ph.D. program in Computational Biology (CPCB), and shared his work on using images to better understand the progression of neurodegenerative diseases.

Miller described his field as computational anatomy. His group’s goal is to develop new techniques to analyze images relating structure to disease. Computational anatomy is not a novel idea, and others have attempted in the past to capitalize on the power of computation and the clarity of imaging. However, Miller’s group has developed an efficient method to compare images to determine which aspects of structure have changed over time.

Their approach is very involved and utilizes the tools of linear algebra to effortlessly understand the changes between two pictures. A parallel can be drawn to the games we played as kids where we had to find the differences between two images. Miller’s team developed a method to look at each point in an image and compare it to a relative point on a similar image. The goal is to determine whether the point of interest has changed in any way relative to shape or size.

This approach is related to diffeomorphism, which is the metric study of shape and form. Using two dimensional or three dimensional images, Miller and his team develop vector fields for each image and then compare the vector fields to determine differences. Therefore, each image is compared to both itself and the other image.

Miller provided an great example to explain his method. Using a map of the world, Miller showed points on South America and Africa. In his explanation, the shapes of the continents fit together like puzzle pieces as determined by their algorithm. Each point uses the information of its neighboring points to determine is position and relation to the image which allows for a unique analysis. An animation showed how the two continents joined based on the points analyzed by Miller’s method. When Miller removed the ability for points to share information with each other, the result was chaos. The continents in the image transformed into something unrecognizable. This example showed how powerful Miller’s method could be.

The images are coupled into a network that allows scientists to determine the flow of possible changes to an image. The goal of this project is to determine the structural changes that occur with disease. Miller and his group utilized a collection of images that allowed them compare individuals with Alzheimer’s to healthy controls. They focused on the hippocampus region of the brain, which is known to play a role in the disease.

In addition to comparing to healthy controls, Miller and his group compared patients’ brains before and after the symptoms appear. Many of the patients undergo MRIs due to risk for the disease and, within 5 – 10 years, they develop the disease. This allows Miller and his team to create a time course of the structural changes in the brain upon the advancement of Alzheimer’s.

Using statistical models, Miller and his team decipher which changes are important and possibly relevant to the disease. They identified specific areas that show significant change in relation to Alzheimer’s disease. These results will allow scientists to have a better understanding of the disease as well as identify which areas of the brain should be targeted by therapeutic drugs.