How Things Work: Plants found to react to their environment 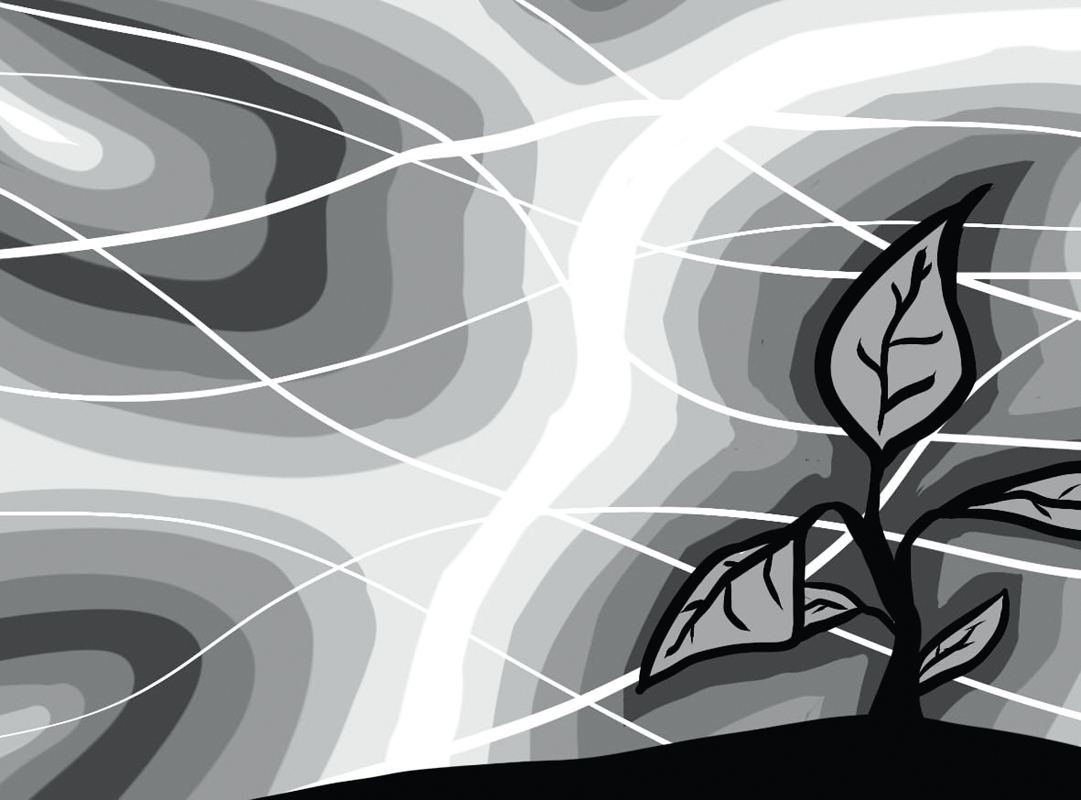 Are plants conscious? Do roses scream when their stems are cut? Can plants smell or hear? These are a handful of the questions that plant researchers have recently sought to answer. In the pursuit of discerning whether or not plants are intelligent, we are left asking ourselves, “What is intelligence?” and what it means to be able to smell or to hear.

Plant neurobiology is an emerging field of research which seeks to understand the mechanisms behind plants’ sensory and adaptive faculties. However, neurobiology is a misnomer since plants do not have nerve cells or a nervous system like animals do. The field’s acceptance has been set back by previous pseudoscientific experiments which “proved” that plants have emotions and can be affected by human thoughts, among other new-age ideas. Some legitimate neurobiologists now argue that plants possess structures that are analogous to a nervous system. Experiments studying plant sensation have shown evidence that plants live sensuous lives, perhaps possessing as many as twenty different sensory modalities.

Charles Darwin, the father of natural selection and evolutionary theory, partnered with his son Francis to perform many experiments on the roots — or “reticles” — of plants. Darwin hypothesized that plants behave like upside-down animals, with the roots (the brain) underneath the soil, and the sex organs (flowers, seeds and pollen) on the outside.

Michael Pollan, a writer for The New Yorker, asserts in his article, “The Intelligent Plant,” that plant roots can sense not only moisture, light, pressure, gravity, and hardness, but can also sense salts, toxins, volume, chemical signals from nearby plants, as well as determining whether nearby roots are kindred or stranger and therefore if it should cooperate or compete with them. The Darwinian view takes these senses into account and claims that the root is the most analogous structure to the brain in animals, though plants and animals are so different that even analogous comparisons are fuzzy.

The mechanisms of plants’ senses, however, are getting less fuzzy. Recent research by Frank Kuhnemann and a team of scientists at the Institute for Applied Physics at the University of Bonn have found, through highly complex experiments, that plants can be said to scream when they experience trauma, such as having their stems or leaves cut.

When plants are traumatized in this way, they release a hormone called ethylene, which causes ripening. When the gaseous hormone is captured and vibrated through laser bombardment, it produces sound waves which are recorded via microphones. According to Kuhnemann, the more stress the plant has incurred, the more intense the sound will be.

Ethylene is also a prime example of a plant’s ability to smell. The sense of smell is, at its most basic level, the ability of organisms to take in airborne chemical signals, interpret them, and react to them. Ethylene causes ripening in nearby plants in exactly this way — one plant will release the hormone into the air, and nearby plants will take it in. This is why people store ripening fruit in paper bags; it traps the ethylene and allows the fruit to more easily communicate with each other and ripen at the same time.

There are also parasitic plants called “dodder vines” which are able to “sniff out” plants they find most delicious. “Given the choice of tomato or wheat, the dodder picks the tomato,” said plant biologist Consuelo M. De Moraes of Pennsylvania State University, a member of the team that conducted the experiment.

Perhaps the most controversial finding in the realm of plant neurobiology is the idea that plants can learn. Monica Gagliano, an animal ecologist at the University of Western Australia, studied the plant Mimosa pudica. Mimosa is known as “the sensitive plant” because its leaves instantly collapse when touched, a reflex thought to frighten attacking insects. Gagliano wanted to see if she could condition the fifty-six plants to learn to ignore an innocuous stimulus through a type of learning called habituation. She dropped the plants repeatedly from a safe distance about sixty times per trial, and after some time, the plants habituated to, or ignored, the stimulus of being dropped.

What was even more interesting was that the plants were able to hold onto this information for at least a month. The plants exhibited not only a form of rudimentary learning, but a form of long-term memory as well. The mechanisms by which this occurs are still under examination, but recent hypotheses have surmised that plant memory might be due to changes in genetic expression.

Perhaps the root of the rich sensory experiences of plants can be attributed to their immobility. This evolutionary constriction severely limits plants’ abilities to escape predators and survive. In order for this seemingly crippling modality to carry through generation after generation, it has to be conducive to plants’ successful survival. The root of a plant, as stated by Darwin, is essentially the most “conscious” area. One of the most intriguing root-based interactions, apart from the highly sensitive sensory capabilities, is the phenomenon of the “wood-wide web.”

Michael Pollan writes about an experiment performed by Suzanne Simard from the University of British Columbia, in which the team injected fir trees with a radioactive carbon isotope and followed their spread throughout the forest community. They established that there is an underground network of fungi called mycelium which is used by stronger, older trees to feed young saplings. Evergreen firs would also trade sugars with deciduous trees during the cold months, and the evergreens would call in those debts later on; Pollan calls this system of underground commerce an “underground economy,” which is beneficial to all involved.
The realm of plant neurobiology may not be well funded or popular among scholars, but there are great ramifications in the study of plants.

By studying the sensory abilities of organisms so different from ourselves, we break free from potentially egocentric ideas that nervous systems are inherently necessary for intelligence, and we gain insight into the rich lives and capabilities of the life all around us.

So next time you trudge through a forest or buy a bouquet of fresh-cut roses, think of the rich economy of fungus and fir, and the faint screams of agony coming silently from those flowers.