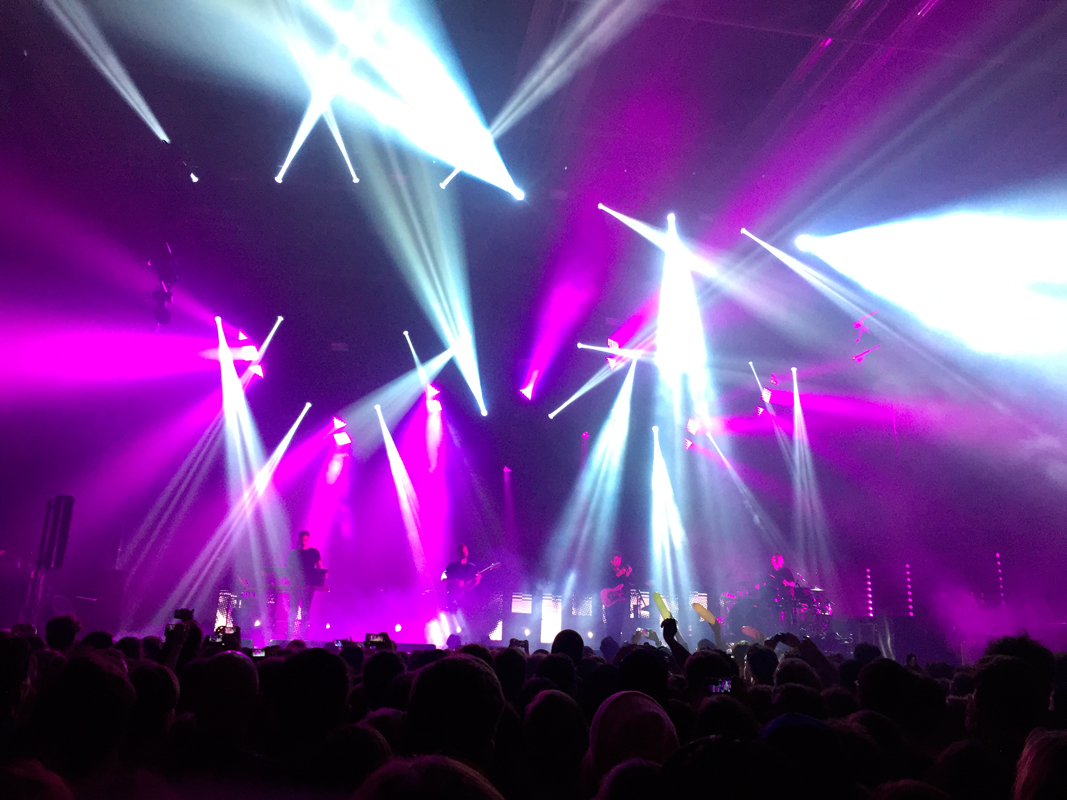 alt-J's use of lighting and tech gives audience members a performance experience they won't soon forget. (credit: Courtesy of Behnaz Yo via Flickr Creative Commons)

English indie-rock band alt-J performed to a huge audience on April 2 at the sold-out Benedum Center downtown. alt-J, with band members Joe Newman (guitar/lead vocals), newly recruited Cameron Knight (guitar/bass), Gus Unger-Hamilton (keyboards/vocals) and Thom Green (drums), has become famous for their unique sound and haunting lyrics. These musical features have caused the band to carve out a brand of music all their own. Upon entering the beautiful venue, one found a full house calmly chatting in their seats. This isn’t a crowd you would expect to get rowdy, but it was able, eventually, to evolve into a gathering place for devotees of alt-J music’s lyrical depth.

Opening for alt-J was Tycho, where Scott Hansen, an “ambient music” artist and producer from San Francisco, displayed his talent for both techno music and harmonic artistry. His design skills were evident in the mesmerizing displays during his set, which featured mixed elements of beautiful photography and bold graphic styles that matched the lighting of the stage. Playing mostly tracks from his most recent album, 2014’s Awake, Tycho filled the hall with a glistening tone and took the audience on a carefully curated journey. The set was enhanced by his live backing band, whose energy made the performance much more interesting to watch. Though most of the audience stayed seated, 100 some remained entranced for the set and it served as the perfect opener for alt-J.

After Tycho and his band cleared the stage, bright lights rose up over the audience. The audience rose too as the first waves of “Hunger of the Pine” resonated through the building. Accompanying the band members on stage were dynamic LED lights that punctuated every note and set the mood of the entire space as alt-J moved through their set. Their set did an amazing job of flipping between tracks from their most recent album, This Is All Yours, and their first, An Awesome Wave; punctuating more trance-like songs such as melodic “Matilda,” with the arguably more upbeat and pop-sounding “Left Hand Free.” “Every Other Freckle” was a mesmerizing piece, with lights illuminating each band member as they played their part in a sophisticated marriage of light and sound. Unsurprisingly, alt-J excelled both with their lesser known ballads like “Dissolve Me” and with crowd favorites like “Tessellate,” greatly due to the range of Newman’s vocals.

Returning for an encore, the band moved through “Nara,” the three-piece song from their most recent album. The track brings a slightly more narrative nature to the album. Their set ended with my personal favorite “Breezeblocks,” an eerie love song that was much more affecting live than on record. This concert was very enjoyable primarily because of the dedication of the fans in the audience, who knew every word and key change by heart. Overall, alt-J delivered a captivating live performance, matching the talent level fans have come to expect from a group of this caliber. I certainly plan to see them again soon, hopefully in a festival setting so everyone can really get up and dance.