Indiana religious freedom law is worse than other RFRAs 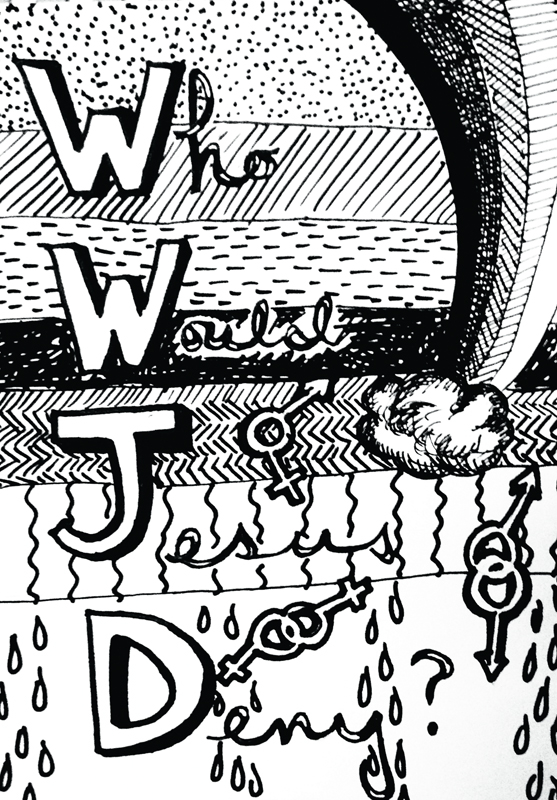 Indiana law is worse than other RFRAs (credit: Emily Giedzinski/)
Editorials featured in the Forum section are solely the opinions of their individual authors.

Indiana Governor Mike Pence signed the Indiana Religious Freedom Restoration Act (RFRA) into law this week. Critics of the bill point out that the RFRA gives businesses a legal defense to discriminate against consumers for religious reasons. For instance, a Christian caterer could refuse to cater a same-sex wedding, or a Christian coffee shop owner could deny service to a gay customer.

Of course, anyone can be discriminated against under this law, but LGBTQ people are far more likely to face discrimination "for religious reasons" than most groups of people. Considering the wave of marriage equality and tolerance sweeping through states like Indiana, lawmakers clearly feel a present need to protect discrimination against LGBTQ people.

Defenders of the bill argue that it does not give a “license to discriminate.” Most claim that the bill is no different from the RFRAs of nearly 20 other states. There’s even a federal RFRA, which was signed into law by President Clinton in 1993 with bipartisan support. For liberals to support the RFRAs in other states and protest the Indiana bill, defenders say, is nothing but hypocrisy and politicking.

They’re wrong. The Indiana bill is significantly different from the RFRAs of other states, and the Indiana bill gives businesses a license to discriminate, whereas other RFRAs do not.

I can understand the confusion. The bills have the same name! Surely they must be exactly the same in every single way, right? Wrong.

I face this struggle daily. My name is Emmett Eldred, and my grandfather’s name is also Emmett Eldred. I have to remind myself all the time that I am not the exact same person as my grandfather. It gets rather existential. And just imagine how confusing it can get for other people. It seems like at least once a week an elderly stranger from Vermont sends me a friend request on Facebook, and I have to explain to them in excruciating detail why I am not the person they are looking for.

So I understand your confusion, thinly veiled bigots, I really do. And I’m here to help. The difference between Indiana’s RFRA and other RFRAs is not blatant. In fact, it’s pretty subtle, which I think is exactly the problem. We all know how poorly homophobic people handle subtlety.

Take a look at the federal RFRA, the model bill for pretty much every other RFRA. According to Section 2000bb, Subsection B, Item 2, the purpose of the federal RFRA is “to provide a claim or defense to persons whose religious exercise is substantially burdened by government.” This sentiment is echoed in Section 2000bb-1, Subsection A, which says, “Government shall not substantially burden a person’s exercise of religion” except in instances of “compelling government interest.”

This intent is shared by every other RFRA. The bills are designed to do one thing: protect citizens from the government infringing on their religious freedom. That’s a protection granted to us by the First Amendment of the U.S. Constitution, so we don’t really need an extra law to say the same thing, but whatever.

To be fair, the Indiana bill does provide the same protection. It is clear throughout the text that an objective of the bill is to protect the people of Indiana from the state government infringing on their religious liberties. If that’s all the bill did, there would be no controversy. But that’s not all the bill does.

Neither the Federal RFRA nor any of the other state RFRAs include similar language. So when people protest the law, they are not being hypocritical, the laws are genuinely different in a substantial way. And that difference does give businesses the “license to discriminate,” as long as they can argue that they are adhering to their religious beliefs.

So how do we fix this? The Indiana State Legislature must remove section 9 from the bill, clarify in the bill that it does not give businesses a license to discriminate, and expand their nondiscrimination laws to protect LGBTQ people.

Governor Mike Pence has said repeatedly that Hoosiers are good and decent people who would never discriminate against anyone. This may be true on the whole, but there will always be people filled with hate. A feel-good statement about the decency of your state is no excuse to not protect people from discrimination.

If Hoosiers truly are good, decent people, then they should have no problem with laws protecting fellow Indiana citizens from discrimination. It’s a shame, then, that Gov. Pence has for decades been consistent in opposing nondiscrimination laws protecting LGBTQ people.