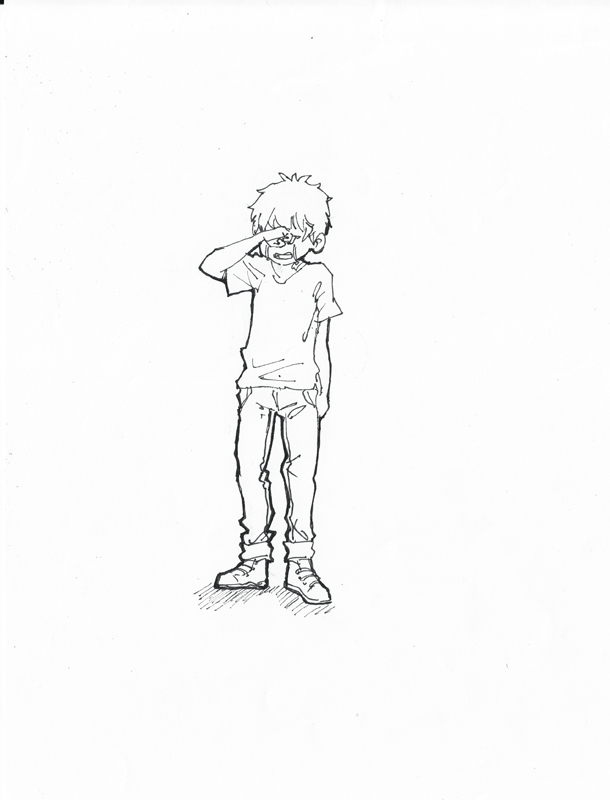 Whether you’re a baby, an actress, an onion-dicer, or just a normal, emotional human being, you’ve probably cried more often than you care to recall.

There’s a certain stigma that surrounds crying, that it makes one seem weak or that it’s only acceptable following devastating tragedies. But beyond the fact that nearly each and every one of us is “crying” at all times, crying is an amazing and relieving bodily process that should be anything but shameful.

There are three types of tears: basal, reflex, and psychic/emotional, each with a distinct chemical make-up. Basal tears act as lubricant for the eye, keeping the cornea — the outermost part of the eye — moist and friction free. Basal tears are composed of water, oil, and mucus, allowing them to create a protective film across the eye. Reflex tears are secreted in order to rid the eye of contaminants, and are about 98 percent water. An example of a reflex tear reaction is the standard onion-chopping scenario, in which case the fumes from the onion are toxic to the eye, and the reflex tears flush the toxins out.

Psychic tears exhibit a completely different composition from the other types. Psychic tears contain leucine enkephalin, a painkiller and mood-enhancer; prolactin, a hormone which affects breast milk production; and various stress hormones. Psychic tears also appear to have different structures from each other, depending on the emotion that brought them on. In her series The Topography of Tears, photographer Rose-Lynn Fisher took pictures of samples of dried tears under a microscope, using reflex tears from an onion-cutting session, and psychic tears brought on by grief, joy, and loss, among others. The microscope images revealed different structures for all three.

The actual mechanism behind crying is rather simple. For basal and reflex tears, the process of their release into the eye is called lacrimation. The lacrimal glands — located just above the eye opposite the nose — are responsible for tear production and secretion. Once secreted, the tears can either be spread across the eye by blinking, thereby moisturizing the eye, or run through the lacrimal sac, located between the eye and nose, and drain into the nose. This draining is the reason that one can expect a runny nose when crying.

For psychic tears, the process of their release is what is most commonly known as crying. Psychic tear production is mediated by the limbic system, the neural basis for emotion. In response to intense emotion, the hypothalamus — a brain region responsible for many autonomous processes — releases a neurotransmitter called acetylcholine, which signals the lacrimal glands to open the proverbial flood gates.

When we are born, our first cry follows our first breath. Crying stays with us all throughout our lives, and develops a level of sophistication as time goes on. In the early stages of infancy, crying is the method by which babies meet their most basic needs. As they develop, so do their cries. Babies aged about 10 months have been known to display three distinct cries, which differ from each other in pitch, frequency, and duration. They cry if they’re in pain, if they’re angry, or if a need is unmet. It is commonly believed that with this practical sophistication, babies also develop manipulative crying at this stage.

When individuals hit puberty, males and females tend to develop different crying habits. Females, due to increased estrogen, which in turn causes increased endocrine activity, are estimated to cry about five times as often as men, and there are a number of reasons why. Women are more likely to cry when frustrated, while men are most likely to cry when exposed to intense emotion, and respond to frustration with anger more often than sadness.

As they get older, men and women tend to trade places, with men crying more often than they get angry, and women experiencing the opposite, due to decreasing amounts of testosterone and estrogen, respectively.

Crying, along with other positive emotional expressions, has been correlated with decreased risk of hypertension, heart disease, and perhaps even colitis and ulcers. Crying cleanses the body of toxins such as stress hormones, allowing the body to feel more relaxed. So next time you’re caught in a deluge of sadness with no umbrella, cuddle up in your Snuggie with a nice pint of Chubby Hubby and take pride in knowing that you are not only exhibiting a fantastic chemical process, but you are also doing your body a favor.