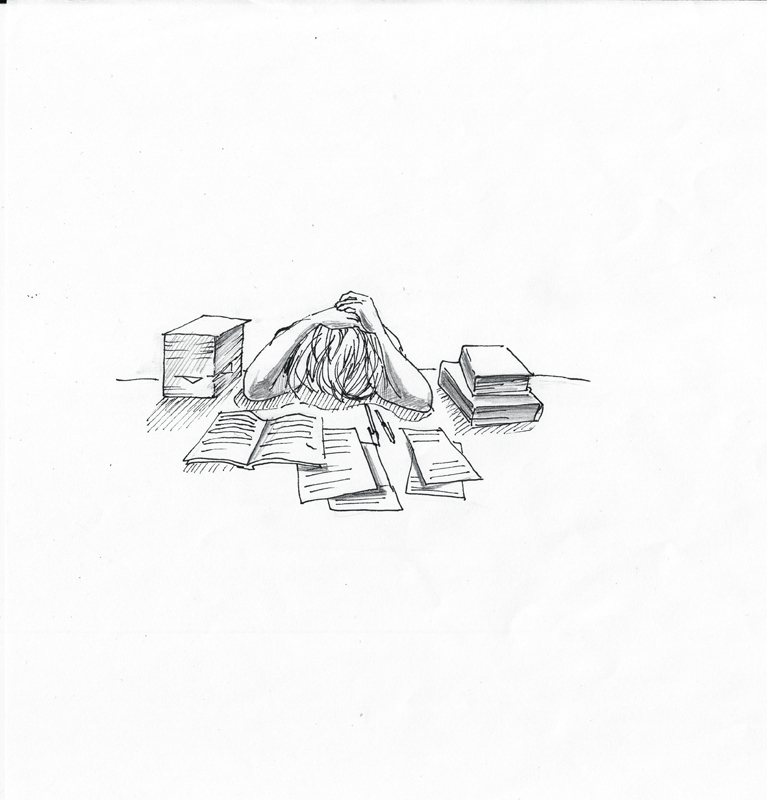 The transition from Spring Carnival to finals is stressful. Carnegie Mellon students are finally able to look forward to summer, but often take that deadline as license to push themselves to their limits. They rationalize a sleepless week with the impending summer reprieve, and fail to take care of themselves in the process.

Stress culture is real on the Carnegie Mellon campus. It has become a feature of campus dialogue, but it persists. People are proud of sleepless nights and try to top each other in the "my workload is larger than your workload" game. Neither physical nor mental personal health holds top priority.

The "work hard, play hard" philosophy encourages students to relax sporadically or to overindulge, instead of keeping up with frequent, maintainable behaviors. In some ways, Carnival exacerbates the problem when people "save up" to party harder-than-typical during one crazy weekend. While this is not everyone's Carnival experience, it is the popular representation of Carnival among students and alumni.

Given the academic calendar, professors tend to load the two weeks between Carnival and finals with midterms, essays, and project due dates. With only two weeks of class until finals to bridge the gap, people seem to carry the Carnival mentality into their work. They push themselves to dangerous levels for two weeks, knowing that they are close to the finish line of summer. Summer is hardly a break in itself: Students work, have internships, take classes, or do research, and yet there is a real danger of burning out before summer even arrives.

The Tartan recognizes the problem, but also sees that students are working as they feel they must in order to accomplish their work in time. Very few universities require five classes per semester in order to graduate on time, so Carnegie Mellon students balance more work than average at finals time.

The Tartan encourages students to pace themselves in these last weeks of the semester. Workload and deadlines have to be part of a dynamic conversation between professors and students in order to keep these last weeks challenging, but not overwhelming.