"Golden Age" of diverse cartoons must not lose momentum 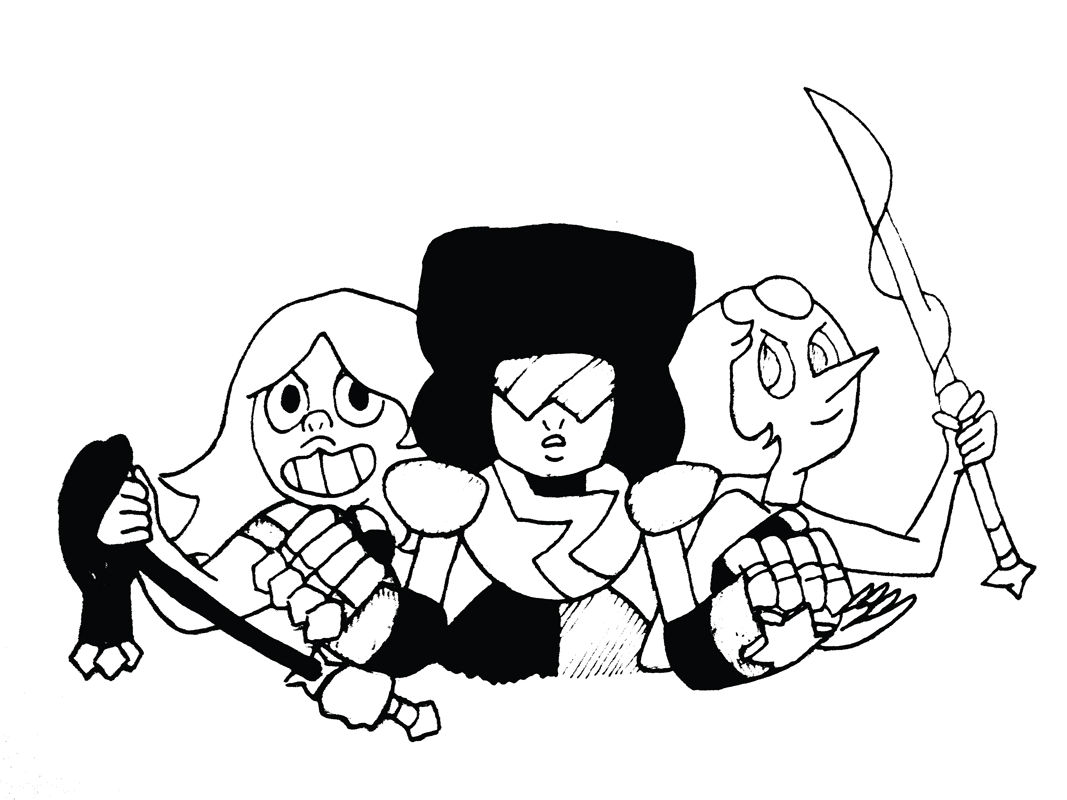 "Golden Age" of diverse cartoons must not lose momentum (credit: Ben Hammer/)
Editorials featured in the Forum section are solely the opinions of their individual authors.

The last few years have brought a surge of good cartoons to our television screens — a “Golden Age,” as some people are calling it. This recent trend of shows, including Adventure Time, Steven Universe, Gravity Falls, and even My Little Pony, have provided more than just high quality and equally high ratings. They’ve brought representation back into children’s television, and in a way that’s much more genuine than the tokenism of the nineties.

Ethnic minorities haven’t been made the only new focus of cartoons. Steven Universe, a slice of life show about a good-hearted kid out to make friends and master his magical abilities, has a pronounced focus on the virtues and aspects of femininity. Four of the other five main characters are female, and each has a unique and well-developed personality. Similarly, the newest iteration of My Little Pony has (unsurprisingly) an almost completely female cast, but none of the “girlish” icons of '80s female television dominate.

That’s not to say that either Steven Universe or My Little Pony denigrates “girly” things — far from it. Both shows parade their feminine aspects as much as possible. The important part, though, is that neither tries to really limit what “femininity” really is. Femininity might mean playing with dolls and dressing up for parties, but it might also mean reading science fiction or being a party animal. Or it might mean kicking some serious butt. The female characters of both shows avoid limiting themselves, and in doing so provide role models for young girls who might want to emulate them.

But girlishness isn’t the only thing that new cartoons have embraced. We’ve also seen a slow but steady acceptance of LGBTQ people and couples in media as more and more people come to view gay rights as human rights. Steven Universe — without spoiling — outright depicts one lesbian relationship, and strongly hints at another. Meanwhile, The Legend of Korra, the steampunk spinoff of the original Avatar: The Last Airbender, ended with the hint of a same-sex relationship between two of its leading female characters. It might not be a wedding, but it’s certainly on the right track.

Can we all pack up and go home, then, congratulating ourselves on a job well done? Not quite. It’s undoubtedly an important step forward to depict queer role models for little girls, but queer male representation is still at a premium in even adult television. Racially, shows like Steven Universe have done a lot to integrate black, Asian, and Hispanic characters into their stories as a natural part of the animated population, but one look at the top five cartoons today show that we've yet to move away from the archetype of the young, white, male protagonist.

More representation is always positive, and it’s never good to dismiss progress that hasn’t gone far enough. But there are still kids out there without proper role models, without anyone to tell them that they matter, or that they’re not alone. Shows like The Legend of Korra have already made great progress by showing that there’s a real audience for shows with a female, non-heterosexual protagonist of color. Maybe by 2020, we’ll have a black protagonist, a trans character, or even an explicit same-sex relationship. But it won’t happen if either creators or audience sit back and applaud themselves on their laurels.

The last five years have been a golden age of cartoons and television in general, no small thanks to the writers who’ve worked so hard to make real, genuine characters and inclusive storytelling. Let’s just hope that it keeps getting better from here.