Raschke ready to move on 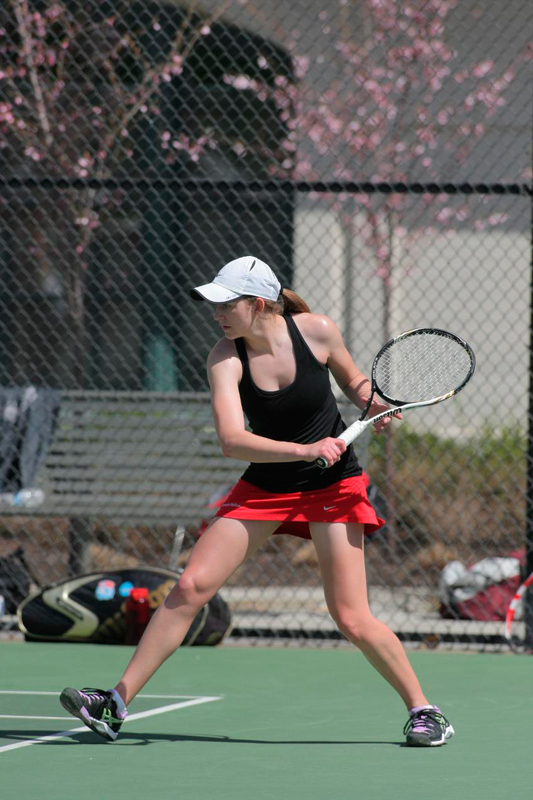 Senior Bryn Raschke stares down the ball as she sets up for a return. (credit: Courtesy of CMU Athletics)

After finishing the regular season with a 7–2 win against California University of Pennsylvania, the Carnegie Mellon women’s tennis team sealed their spot among the Elite Eight, which will allow them to continue onto the NCAA Division III Women’s Tennis Championship after they play in the University Athletics Association (UAA) Championship. While all members of the team are eager to compete in both postseason competitions, they will be bittersweet for players like senior business administration and statistics double major Bryn Raschke. “This is the end of my competitive career,” she said, noting how she feels a bit of sadness at the end of a big part of her life, yet is also excited for what the future has in store.

Raschke’s first foray into sports came when she started playing soccer in preschool. For her, the sport meant meeting and interacting with a lot of new people who shared a common interest. “I’ve been playing sports as long as I’ve been in school,” she said. During the summers, when soccer wasn’t in season, Raschke would watch her brother practice tennis, which gradually captured her interest until she decided to take it up herself in middle school. She gained skill at the sport fairly quickly with the amount of she spent practicing when not playing soccer even competing in some tournaments. It wasn’t until high school, however, that her interest in tennis became a passion.

“I’ve played team sports all my life, so it was nice to have tennis be a team sport in high school,” she said. It certainly didn’t hurt that the school’s tennis program had achieved a strong reputation, having won 21 straight sectional championships by the time Raschke graduated. She specialized in being a doubles player, and she was the top doubles player in the school and a team captain during her junior and senior years.

Raschke grew a bit restless with the San Diego area and wanted to explore the east coast when she went to college. Her primary focus was on academics, since she wasn’t sure if she wanted to continue playing sports during her college years. Still, she expressed an interest in being part of a highly ranked tennis team. At Carnegie Mellon, Raschke felt like she was checking off both boxes.

Although she initially had some troubles adjusting to the new demands of college courses, she felt like she was prepared to balance academics and athletics. “Balancing sports and academics has been something I’ve been doing my whole life,” Raschke said.

Raschke is most proud of how the team has changed over the course of her college career. “We made the Elite Eight first year and senior year, but it’s such a different experience and atmosphere than it was back then,” she said. Over the past four years, she feels like the team dynamic has grown considerably stronger. “We’re more of a team now … as much as any other team sport at CMU. Everyone wants to see each other and hang out even outside of practice.”
One indicator of this, Raschke said, is how she feels like she can play doubles with anyone on the team. “I’ve had lots of partners at Carnegie Mellon. Switching up is refreshing, and it’s nice to know that I can play with all of my teammates.”

Raschke believes the stronger team dynamic will help them get further into the playoffs this time around.

Raschke is looking forward to traveling once college is over; she especially wants to watch Grand Slam tournaments live.

Although she will still play tennis recreationally, she also wants to take up new hobbies, as well as watch more plays and movies.