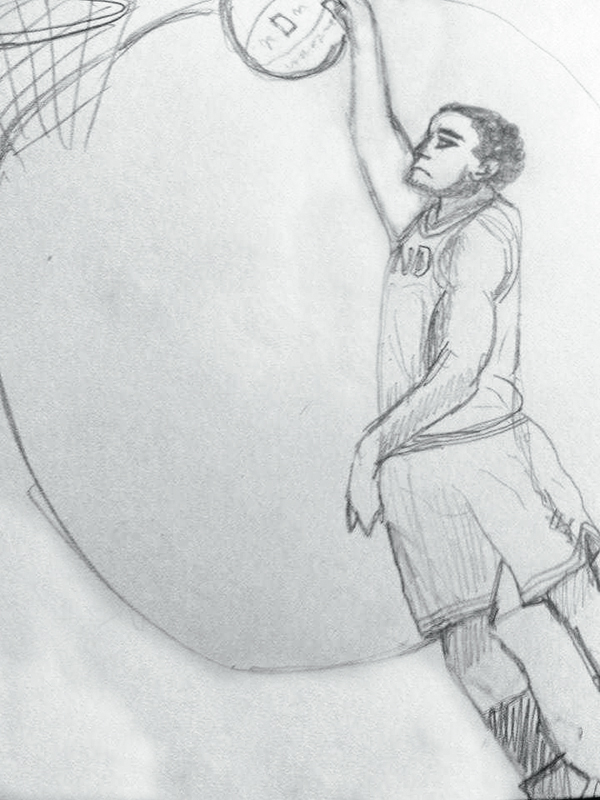 The NBA playoffs this year feature one of the deepest and most balanced fields in recent memory. Despite a very weak Eastern Conference, there are six teams that could reasonably win the title. Even teams without title aspirations can make names for themselves with first round victories.

In the East, it comes down to the Cleveland Cavaliers and Atlanta Hawks. The other six teams in the conference are all brutally flawed, thrust into the playoffs because the spots are reserved rather than earned. Many people think the Hawks lack the star power to compete with the Cavs in the playoffs, but the Hawks have nine players who can do serious damage and, as we saw with the Spurs last year, depth is incredibly important as tired legs falter toward the later rounds of the playoffs. The Chicago Bulls are getting star guard Derrick Rose back and, with their full cast together, could do some damage, but the Cavs have been dominant for a long time and will likely run directly over the Bulls in the second round, should they get that far.

There are some fun teams in the Eastern playoffs, such as the Boston Celtics and the Milwaukee Bucks, but those teams are fun to watch because they string together wins despite glaringly obvious holes, not because they’re well-oiled machines waiting to do serious damage.

If the Toronto Raptors or Washington Wizards can find their early season form again, it’s possible that one of those teams could turn some heads in the second round against the Hawks, but it is unlikely that the winner of the round one series between the two teams will be very competitive.
The Cavaliers are heavy favorites to win the East, but the Hawks ought not be counted out. Depth matters, and center Al Horford is a star despite what anyone says. He can take over a game and start blowing up the paint, as he has in the past when Brooklyn Nets guard Joe Johnson was on the Hawks and they made the second round a couple times.

Speaking of the Nets, they’re in the playoffs for some reason. Maybe it will be fun to watch them get eaten alive by the Hawks, but they’re a symbol of conference imbalance rather than an actual factor in the playoffs. The NBA should look into a system where a team this bad is replaced by a team as good as the Oklahoma City Thunder, which narrowly missed the playoffs in the West, but that will not happen this year.

Ultimately, the Hawks are the best coached team in the playoffs. With all due respect to Cavaliers forward and four-time MVP LeBron James, depth often goes further than star power. James can absolutely win a series by himself, even against a good team, but Vegas calling the Cavaliers the favorite seems to be undercutting the top seed.

In the West, four teams — the Golden State Warriors, the Houston Rockets, the San Antonio Spurs, and the Los Angeles Clippers — are all realistic bets to make the finals. The Warriors have a first round matchup against the New Orleans Pelicans, a team led by forward Anthony Davis and a competent if not spectacular supporting cast. The Warriors, however, are a well-oiled machine and should dispatch the Pelicans with little resistance.

The Rockets draw the Mavericks, who started the year off as the league’s best offense and then collapsed upon trading for guard Rajon Rondo. The Texas rivalries always make for great intensity, but it’s possible this series becomes a very boring parade to the foul line as players hack Rockets center Dwight Howard and Rondo and Rockets guard Harden draws fouls with reckless abandon.

The Clippers and Spurs playing is the pinnacle of how evil the NBA’s playoff structure is. Both of these teams should have earned the right to feast on weak East competition in the first round. Even if the conferences are important for some reason, a normal seeding in the West would have pitted the Clippers against the Portland Trailblazers and the Spurs against the Memphis Grizzlies, but the NBA gives undue rewards to divisional winners, which caused these two title contenders to meet in what should be an epic first round clash featuring lots of star power in Clippers forward Blake Griffin, guard Chris Paul, Spurs forward Kawhi Leonard, and others. Two of the NBA’s most storied coaches, the Clippers’ Doc Rivers and the Spurs’ Gregg Popovic will go at it in what could easily have been the conference finals.

Led by guard Steph Curry, the Warriors have been the best NBA defense in years, and their offense is not far behind. It seems silly to bet against a team that has been so good in every respect for the whole season, and the Warriors should do serious damage in the playoffs.

With a deep field, the NBA playoffs should be as exciting this year as any. The small sample of the playoffs always creates some fun surprises and turns expectations on their head. This year looks like it will bring more of the same.