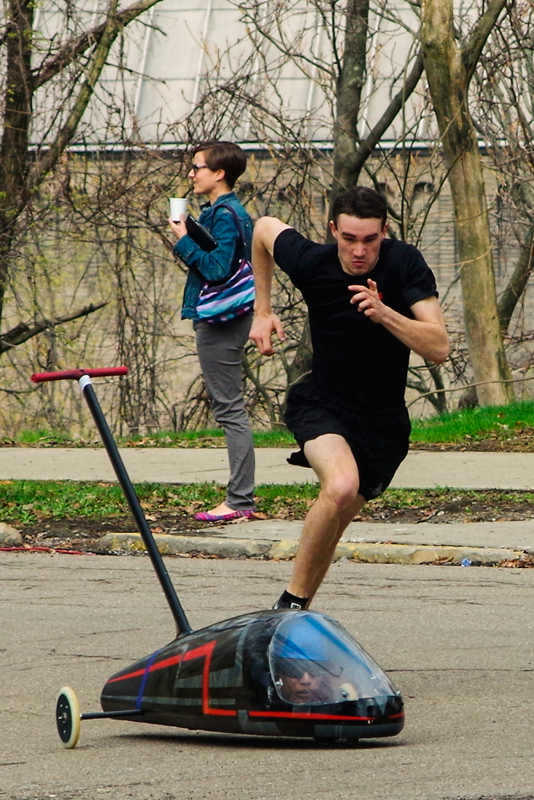 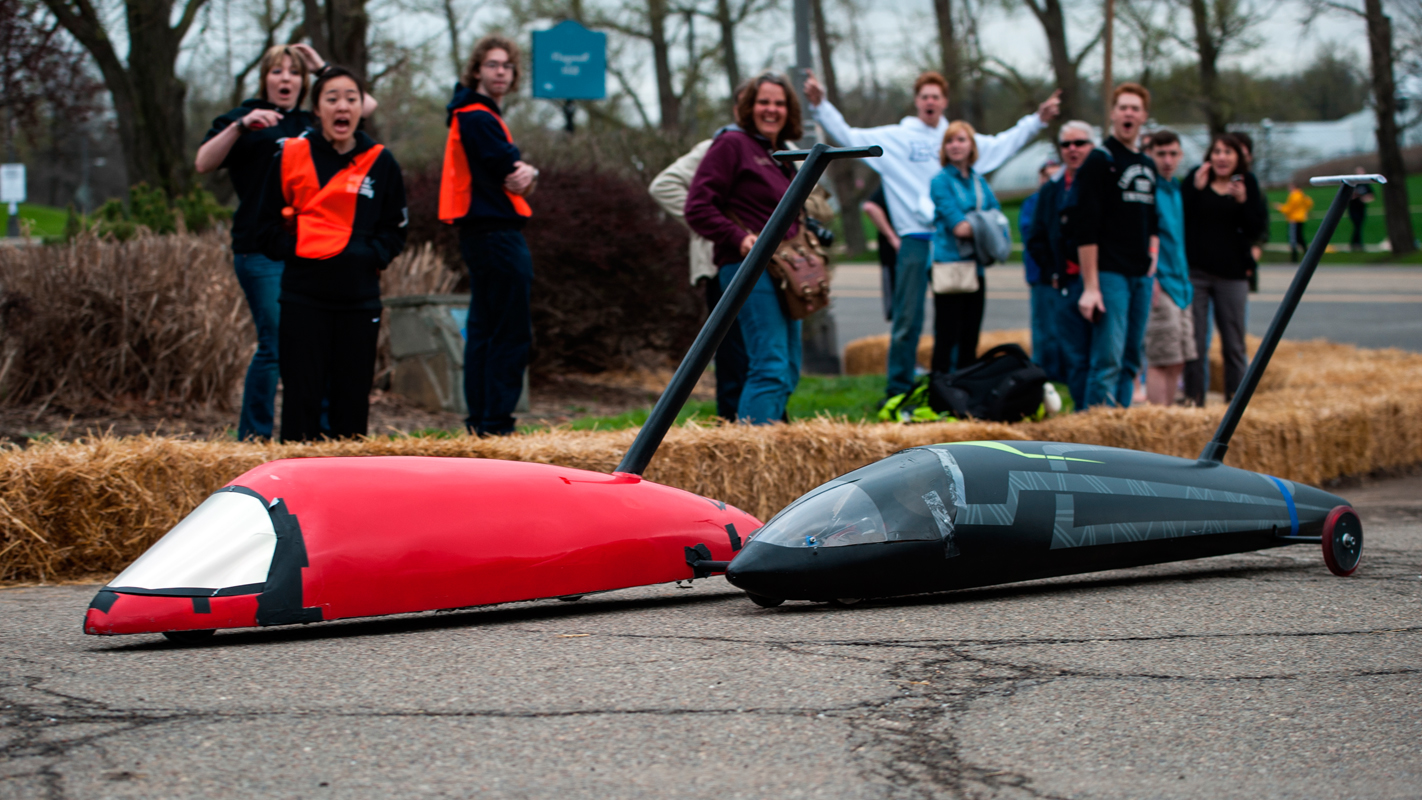 Buggies spent most of the race neck and neck in one of the closest finishes in recent memory. (credit: Matthew Nielsen/) 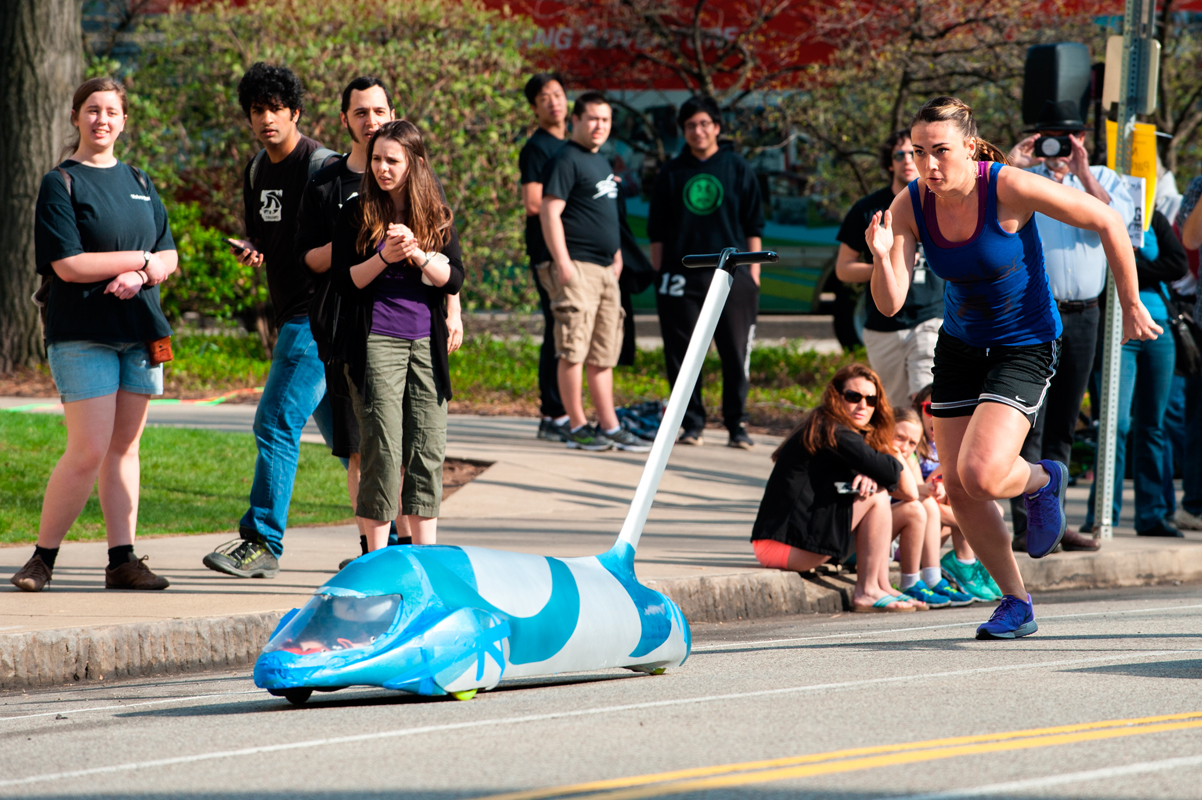 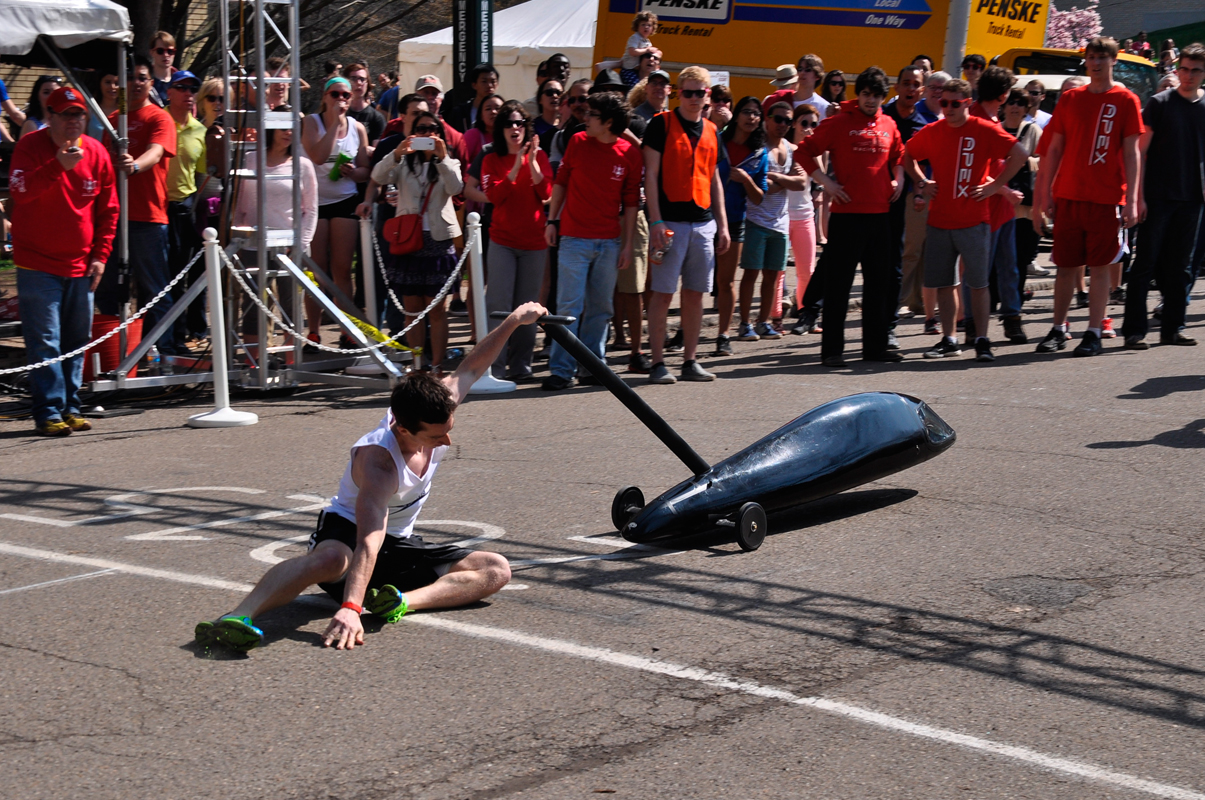 The 96th Annual Sweepstakes competition had its first full two days of racing since 2010, and the competition more commonly known as Buggy had some of its best racing in over two decades with close finishes in the men’s races and surprises in the women’s ensuring that the large audience at the event did not go home disappointed.

SDC had comfortably won both the Men’s and Women’s races each of the last three years, but would not be nearly as dominant this time as CIA A and Fringe A comfortably beat their A team in the women’s race while they only won by less than a second against both SigEp A and CIA A in the men’s edition.

A key reason why SDC A maintained their position at the top of the men’s standings was the performance of Jordan Kunz, their pusher on hill 5. With the buggy barely a meter from the finish line, he managed to grab the bar a fraction of a second before it crossed the line and ensured that his team was not disqualified. Of course, this was after he ran fast enough to set a time of 2:12.358 to beat SigEp A by just 348 milliseconds. With CIA A also finishing with a time of 2:12.955, it was the first time in over two decades that the top three men’s teams finished this close. PiKA A could have given any of these teams a run, but they were disqualified in the preliminary races for missing the bar.

This was also the first time in thirty years that CIA won a race in any gender category, with the 1985 women’s race their most recent turn atop the standings. They have made large strides over the last year and managed, along with SDC A, to place in the top three in the men’s and women’s categories.

Fourth place in the men’s category went to Fringe A, who performed quite well in setting a time of 2:14:172 and finishing within two seconds of the top 3. Spirit A, SDC B, Apex A, SAE A and SDC C rounded off the the leaderboard for the men’s categories as nine teams managed to finish the race.

Eight teams managed to qualify for the women’s race and the top two were followed by a host of close finishes. SDC A finished third with a time of 2:46.584, and were followed closely by PiKa A and Apex B, who finished within two seconds of SDC’s time. Spirit B and CIA B were not far behind and barely had a second separating them. SAE A rounded out the leaderboard for the women’s races.

The only team that did not qualify was SigEp B, as the buggy spun out and also caused SDC C to spin, though they managed to complete the race. Besides this incident, there were no other crashes during the finals. There were a lot of passes in the chute, though, with two for the CIA B women’s buggy and one for the CIA A men’s buggy being the most memorable.

CIA’s buggy Equinox won the design competition, while Spirit’s Inviscid came in second and Fringe’s new buggy Balius came third. The Chairman’s Choice award went to SigEp while Phi Delt took home the Spirit of Buggy award. The best T-shirt was awarded to SAE and Inviscid was the people’s choice for the best buggy.

There was a lot of excitement amongst the heads of many buggy teams, who were more impressed with the tight competition this year as compared to last year. Fringe buggy chairman Preetam Amancharla said, “I think after all the fear of having both days rained out, to actually have had both in such a long time is a huge win for buggy. What excites me most is the 1 second gap in the top 3 for men’s and the 2 second gap in the top 4. We can expect a lot of movement next year.”