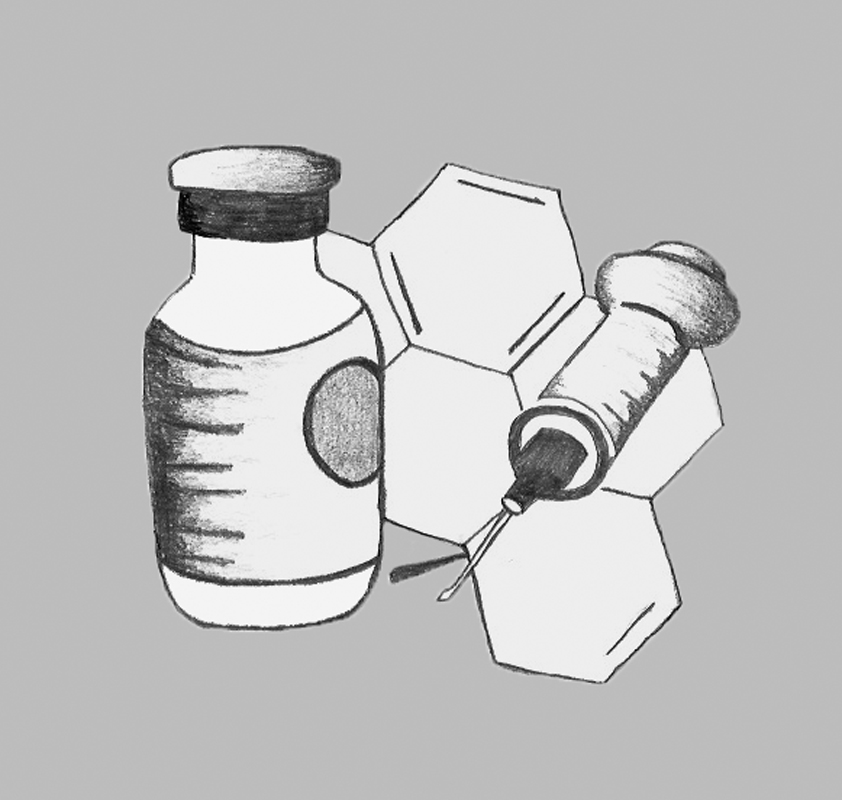 Although it can be unpleasant, pain is a necessary sensation that informs us when something is wrong. However, when that sensation becomes unbearable, the nerve impulses that cause pain must be inhibited; that is where drugs such as morphine come into play. Morphine and its derivatives are classified as opioids, which are pain-relieving substances. Opioids also happen to be addictive; psychological dependence can develop within a few doses. The body also builds up resistance to opioids rapidly, requiring a higher dosage to effectively alleviate pain.

Such characteristics of opioids have lead researchers to pursue methods to circumvent both the resistance and addictive response of the body to these drugs. Researchers at Carnegie Mellon have recently tackled this subject in an effort to better understand the mechanisms by which neurons become resistant to opioids. The team consists of Manojkumar Puthenveedu, assistant professor of biological sciences at Carnegie Mellon, and researchers employed in his lab, including Shanna Bowman, Amanda Soohoo, and Daniel Shiwarski, doctoral candidates in biological sciences at Carnegie Mellon. The group tested neuronal response to various substances to determine what mechanisms are at work in neurons as they become increasingly resistant to opioid stimulation.

Put simply, when a body experiences pain, a peptide, or small protein, called Substance P activates a receptor on the surface, or soma, of a neuron. Opioid molecules counteract the pain sensation by binding to mu-opioid receptors on the neuron’s surface. There are a few other types of opioid receptors, but since the “mu” in mu-opioid refers to morphine, these receptors were the best study specimens. The signal is internalized, and it initiates a cascade of signals within the cell which inhibit pain responses. In order for this mechanism to work, however, receptors must be present. Using high-resolution fluorescent imaging techniques developed by Puthenveedu himself, the research team was able to visualize neuron receptors in real time. This allowed them to test different opioid substances and observe the reaction of the receptors as the interactions happened.

“Understanding how receptor localization changes in response to pain and medication is a different way to address the challenge of developing a non-addictive analgesic drug,” Puthenveedu said in a university press release. “If we can control what happens to the receptor after the drug activates it, we might be able to better control how the body responds to opioids.”

First, the team activated a neuron’s mu-opioid receptors using a compound called DAMGO, a biologically analogous opioid peptide which is specified to work on mu-opioid receptors. After being affected by DAMGO, only a fraction of the mu-opioid receptors returned to the surface, explaining in part the reason for neurons’ decreased sensitivity over time. If there are fewer receptors, the effect of the drug will be lessened.

After administering DAMGO, the team introduced the neuron to Substance P, mimicking a pain response. The pain brought the receptors back to the surface — effectively recycling them. However, when morphine was substituted for DAMGO, this effect was not observed. The team also applied a substance called fentanyl, an opioid often used as an anesthetic, which is around ninety times the potency of morphine and twenty times the potency of heroin. When fentanyl was administered, the results mimicked the DAMGO trial.

As research on pain and pain-relief continues, we become ever closer to understanding the mechanisms behind these sensations and reactions. In time, scientists may eliminate the heavily addictive properties of morphine and perhaps even develop completely non-addictive pain relievers.