Google could change minds by eliminating its gender bias 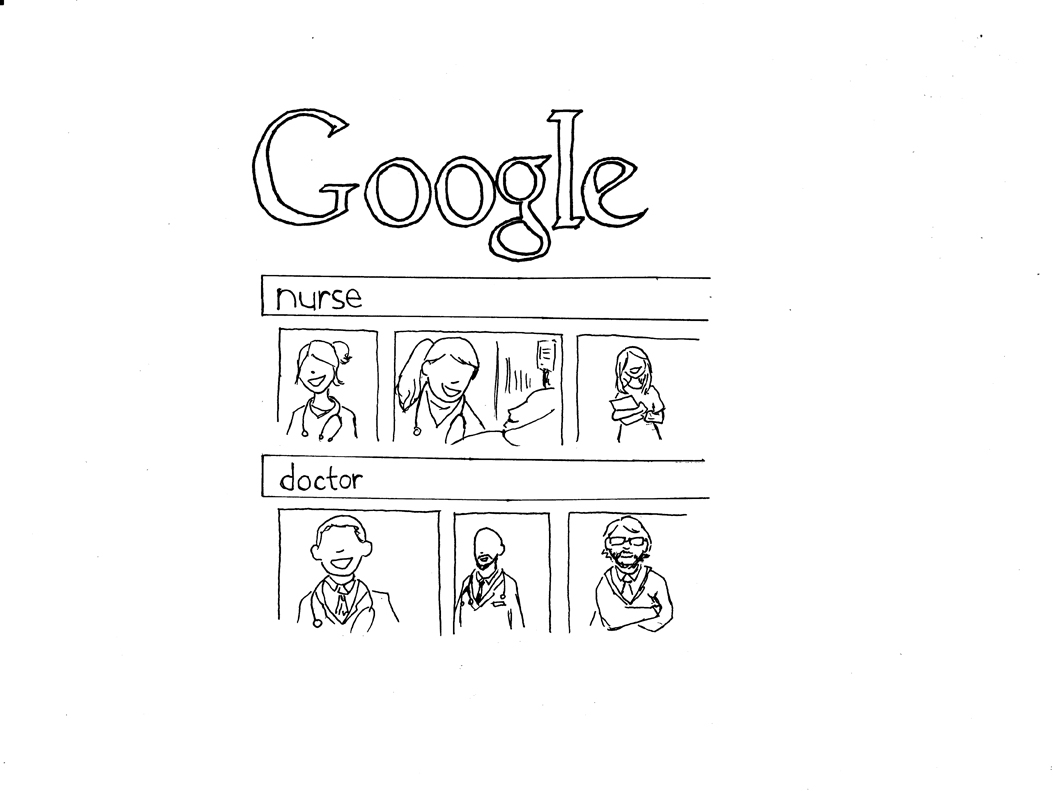 Google could change minds by eliminating its gender bias (credit: Kyungmin Lee/Junior Artist)
Editorials featured in the Forum section are solely the opinions of their individual authors.

While female CEOs are now kept in high regards by most of society, men in “traditional women’s roles,” such as nurses, remain a target of mockery and are often looked down upon. Women are encouraged, much more than before, to try out careers in fields they genuinely like, instead of being pushed into stereotypical roles. Still, it is not close to enough.

According to a research study conducted recently at University of Washington and University of Maryland, Google image search results have a noticeable gender bias for certain jobs. It comes as a major disappointment that the Internet’s largest search giant conforms to gender bias.

When the word “nurse” is image searched, the results consist entirely of women, primarily light-skinned. White men dominate the results for the word “CEO,” while the word “doctor” shows only 10 percent diversity, the majority being male, according to The Huffington Post.

In an age where the Internet dominates the lives of people, having the world’s largest and, by far, most respected search giant spew out gender bias is unsettling. Pictures don’t always form a person’s thoughts, but they do affect one’s subconscious, which is instrumental to the formation of opinions.

The most damaging aspect about all this is that these search results are far from representing the correct statistics. The gender imbalance on Google is much more profound than it is in actuality, according to a study done by Emily Cohn.

From here, things only get uglier. Cynthia Matuszek, a co-author of the Cohn study, says that when you search “female construction worker,” you see “A number of the top hits depicting women as construction workers are models in skimpy little costumes with a hard hat posing suggestively on a jackhammer.”

Google image search works by mining the web for content based on algorithms that are designed to show you the results it thinks you’d most want to see, according to The Huffington Post. Therefore, Google is capable of tweaking its algorithm to depict the actual distribution of gender among different jobs, but it chooses not to.

Imagine if these images were skewed the other way round, for the sole purpose of eradicating social bias. Studies have shown that gender biases displayed in search have a tangible effect on how people perceive gender breakdowns in the real world. Google has the power to change people's mindsets.

It comes as a shock as to why Google would refrain from representing the actual data to its users. We surely will not continue to be as progressive as we think we are if search engines continue to spew out skewed results.