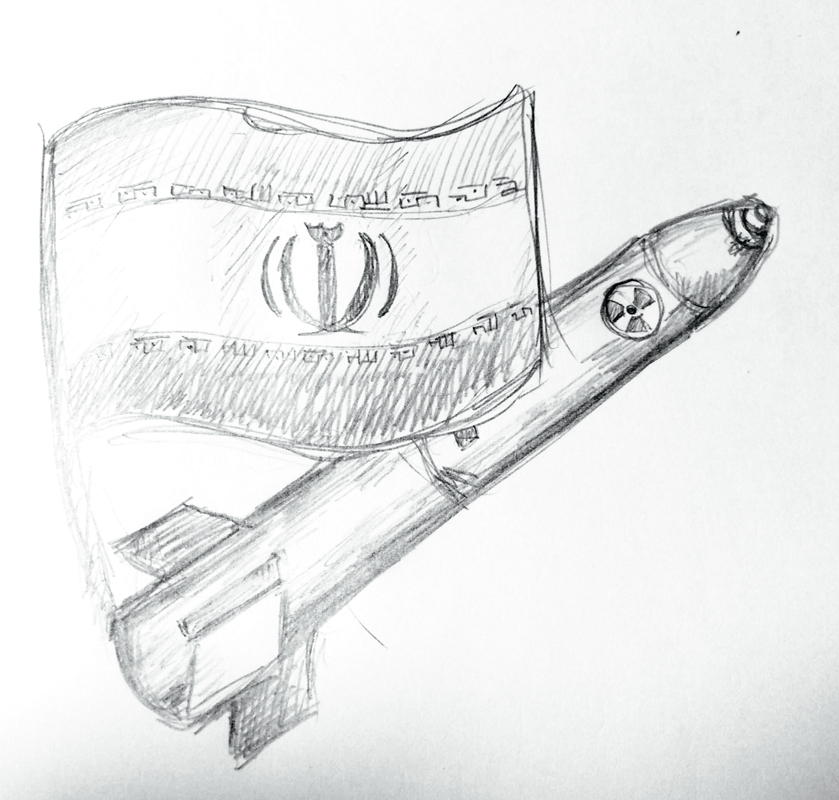 Pugwash discussed an issue close to the organization’s roots this week: the Iranian nuclear deal.

The purpose of the very first Pugwash conference was to discuss the implications of nuclear weapons. It was organized in 1957, as a response to a manifesto published in 1955 by Bertrand Russell and Albert Einstein. The manifesto warned against the dangers of weapons of mass destruction, and while it acknowledged the difficulty in eliminating war, it encouraged nations to solve problems non-violently and urged the world to “Remember your humanity, and forget the rest.”

The manifesto was signed by 11 leading scientists at the time, and two years later, philanthropist Cyrus Eaton offered his land in Pugwash, Nova Scotia as a location for the conference. Today’s student organizations are a continuation of the original mission of creating discussion around the social and ethical implications of science and technology.

The topic of weapons of mass destruction is now just one of many issues that Pugwash discusses, but it is a little sobering to think that more than 50 years down the road from the first conference, we are still struggling to bring nations together diplomatically and lower the risk of a nuclear war.

To begin our discussion this week, we watched an interview with President Barack Obama, who discussed his strategy in re-opening relationships with countries like Cuba and Iran. His main argument was that the United States is strong enough that it doesn’t lose anything by trying to talk and normalize relationships with other countries. Just talking doesn’t diminish the United States’ military power, nor does it take any options off the table, if the other countries were to be uncooperative.

The agreement reached with Iran over their nuclear program is one outcome of such normalization. It has seven planks: 1) Iran will never be within a year of building a nuclear weapon. 2) No more sanctions, by the UN or the US. 3) About a third of Iran’s centrifuges that are used to enrich fuel that could be used in a weapon will be dismantled. 4) A limit on how much enriched uranium Iran can keep will be imposed. 5) Certain nuclear plants will be shut down for at least 15 years. 6) No secret facilities. 7) Aggressive and intrusive inspections by the International Atomic Energy Agency.

For Iran, the most important issue is lifting sanctions. The sanctions currently in place are causing immense amounts of trouble for the average citizen of Iran, including reduced food security, a broken healthcare system, and unsafe travel. The removal of sanctions would be a huge boon to the economy and quality of life inside Iran.

However, Israel has a lot of problems with anything that could be seen as helping Iran, as the two countries have been extremely unfriendly toward each other. Although they have not officially claimed to have nuclear weapons, it is widely known that Israel is in fact a nuclear state, and the possibility of Iran gaining nuclear weapons is incredibly frightening to Israel.

The clamping down on nuclear proliferation has parallels to the conversation Pugwash had about pollution and the responsibility of climate change. Nations like the United States got the nuclear bomb, and then decided that no one else could have it, similar to how they used natural resources irresponsibly and gained the benefits, but now are urging other nations to be more restrained in the pollution and resource use.

One of the biggest disagreements among Pugwash members was with the idea of mutually assured destruction. Conventional wisdom says that if two enemy nations both have nuclear weapons, neither will actually use the weapons, because they are sure to be destroyed as well. However, does this actually hold? If an irrational, radical government came to power or a group of extremists got their hands on a nuclear weapon, would they really hold back due to the assurance that they would be destroyed as well?

However, it was also discussed that if it was a true deterrent to nuclear war, wouldn’t it be better for both Israel and Iran to have nuclear weapons? Also, wouldn’t it be more fair? However, the idealistic notion of fairness was quickly countered with the idea of realpolitik, which supposes that you can never know what others are doing, and therefore, nations should always look out for themselves.

In this case, applying a realpolitik analysis shows that if Iran were to get the bomb, Saudi Arabia would also acquire nuclear weapons from Pakistan, as Saudi Arabia isn’t an ally of Iran, but is allied with Pakistan, which has the bomb. In addition, a handful of other countries would also feel extremely threatened, as Iran isn’t friends with many nations in the Middle East, due to their sponsored terrorism in Lebanon, Syria, and Yemen, to name a few places. This conflict has an underlying cause in both religion and ethnicity, as Iran is made up of mostly Shia Muslims, which are in conflict with Sunni Muslims, who make up the majority of many other countries in the region. Also, most Iranians are ethnically Persian, while residents of other countries are either Arab, or, in the case of Israel, Jewish.

Regardless of members’ faith in the mutually assured destruction as a deterrent to nuclear war, almost everyone thought that it would be bad if Iran got nuclear weapons. As the recent outline of an agreement on a nuclear deal with Iran seems to decrease that chance, through reduced capabilities and more oversight on those capabilities, and with the original Pugwash conference in mind, most Pugwash members seemed to agree that it was a step in the right direction.

Student Pugwash is a non-advocacy, educational organization that discusses the implications of science. This article is a summary of last week’s discussion on the Iranian Nuclear Agreement.