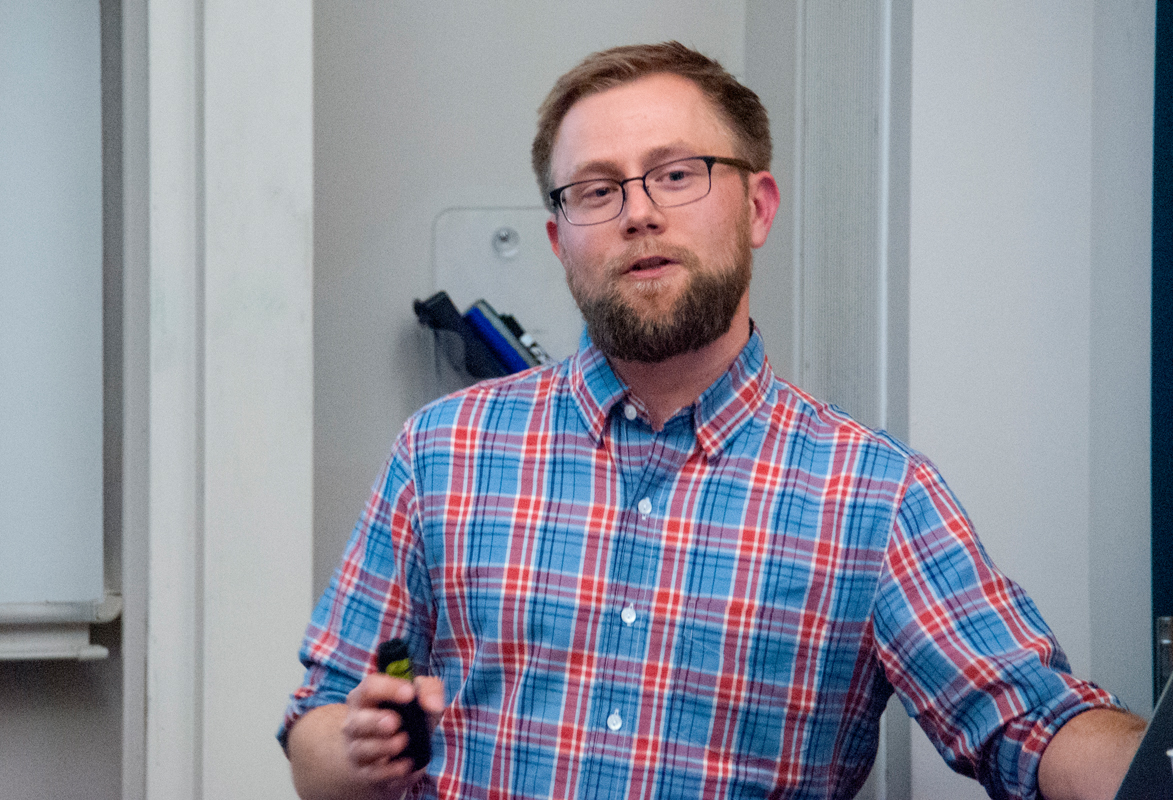 Joel Brandt, a senior research scientist and engineering manager at Adobe Research, led a seminar hosted by Carnegie Mellon’s Human-Computer Interaction Institute last Wednesday. Brandt is a part of the Creative Technologies Lab, one of three separate labs that together form Adobe Research. As part of the Creative Technologies Lab, Brandt, along with other researchers, engineers, and entrepreneurs, works toward creating tools that help designers, developers, and educators.

In the seminar, Brandt stressed the dual nature of Adobe Research, which focuses both on improving Adobe products and on academic achievements. “We want people to create things that impact our customers’ lives, and we want people to create things that increase the world’s knowledge,” Brandt said. Aside from improving Adobe products, Adobe Research often focuses on academic work by publishing papers, interacting with universities, and aiding graduate students with their work. According to Brandt, roughly one out of four projects at Adobe Research has an actual impact on customers of Adobe, approximately half of the results found in studies are published into papers, and the rest of the studies done at Adobe Research do not have a substantial impact on a grander scale.

During the seminar, Brandt focused on discussing examples of the numerous research projects that have come out of the research labs. Some of the works that Brandt has worked on include Blueprint, a plug-in for Adobe Flash Builder that allows users to query the web for Adobe Flex and Adobe Flash code samples directly inside development environments. This plug-in allows for developers to quickly search for results with less friction.

In a study conducted by Google, researchers found that even 100 millisecond delays of returning information impact users of a product. Adobe’s Blueprint feature focuses on this study to deliver search results in a quick and effective manner. After developing this tool, the lab conducted surveys and studies on the actual implementation of the tool to see whether or not they could see improvements. In this particular case, the study was able to see improvements not only in time, but also quality of code.

Adobe Research also worked on Brackets, a code editor that focuses on code for the web, along with Theseus, an extension of Brackets that debugs JavaScript code. Brackets has features specific to the languages of HTML, CSS, and JavaScript. For example, Live Preview is a feature that allows for a user to easily preview the display of their generated code on a web browser. Users can also make live edits and see their immediate changes display on the web browser. Brackets runs on an open source environment that can be easily accessed by any user on the web, meaning that software updates of Brackets and future developments involving Brackets not only come from Adobe developers and researchers, but also anyone interested in changing or adding features to the software.

Brandt has also been involved with Adobe Photoshop’s Project Recess, a brand-new user environment that is specifically directed towards web designers.

The project has yet to be released, but it aims to help designers easily access the changes that they want made to their works. The project started off as an idea that a researcher had, but was fostered into a project that has now gained momentum. Brandt commented that this type of excitement is seen at Adobe Research labs often because of their open and collaborative environment that allows for flexibility in the projects of researchers.

All of these tools mentioned, in addition to many more projects and developments at Adobe Research, enable the creativity of others. Members in Adobe Research, like Joel Brandt, work towards improving the user experience so that the users themselves can focus on creativity and designs.