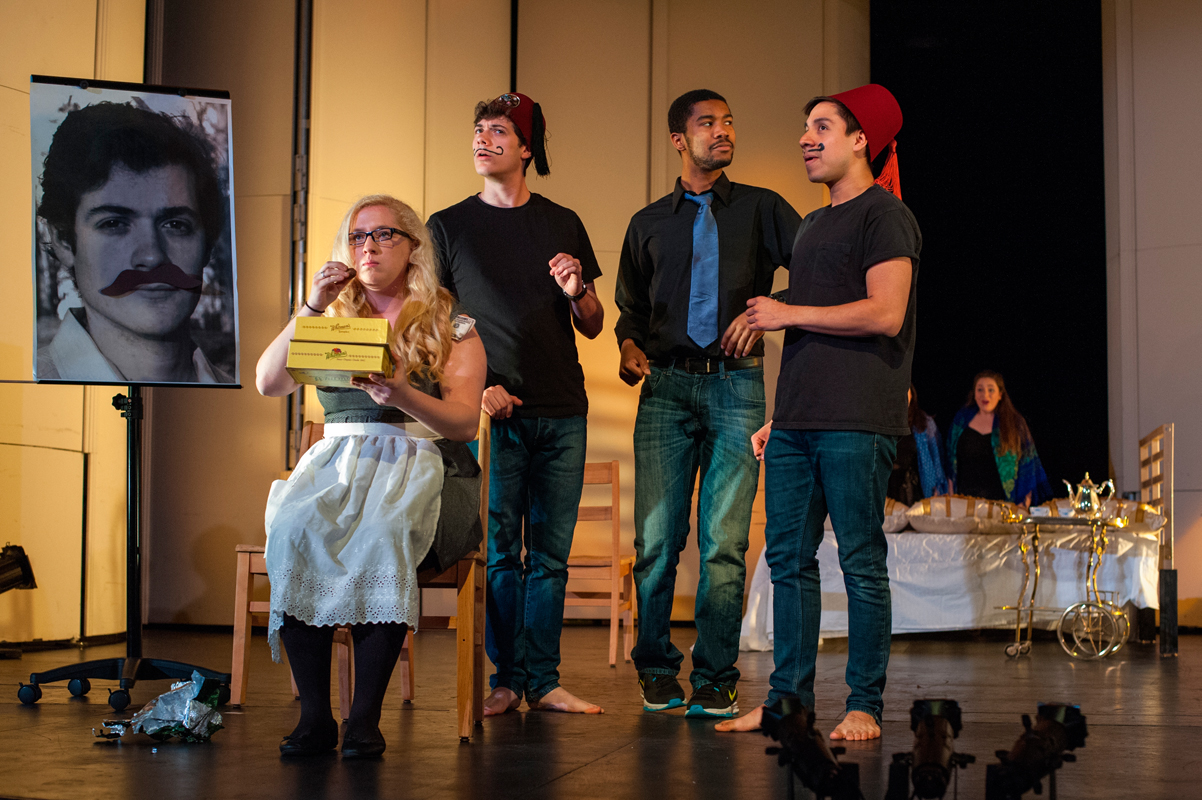 This week, students in the School of Music performed their Annual Opera Scenes Showcase, which pulls selected scenes from seven different operas. It fell somewhere in between a live mixtape and an operatic variety show. The evening switched from story to story, cast to cast, and costume to costume, which kept the things exciting because we got to see the most interesting, exciting, and climactic scenes from each respective opera.

Kresge Theater in the College of Fine Arts was a much better venue for the show than Philip Chosky Theater over in Purnell would have been. Kresge is much more intimate and low key, which matched the vibe of the show. It was, of course, professionally and fantastically done, but it was more comfortable for the audience than the full-length operas performed in Chosky. Sets and costumes were simple to allow for the quick changes in story, but they were used to maximum effect. The whole night was aesthetically casual, but artistically breathtaking.

Before each scene, a student came out to present the plot of the entire opera, highlighting where the scene would begin and end, since all but one of the eight scenes would be in a language other than English.

Though all eight scenes were spectacular, I found two to be extra special.

The first of those is Act 1, Scene 1 from L’enfant et les sortilèges, a French Opera by Maurice Ravel (the title translates from French into The Child and the Spells). The premise is like a fairy tale that takes a turn for the worse, and could be a horror movie for children, if that were a real genre. The opera tells the story of a young child, played by junior vocal performance major Shannon Rynker, who gets scolded by his mother and sent to his room. When he gets there he throws a temper tantrum, destroying his room. But then the objects in his room start to come to life to show him what he’s done.

First, the fire comes to life because during his rage, he stirred it up. It comes out of the fireplace in the form of junior vocal performance major Rachel Doehring, who appears from a cloud of smoke in a dazzling red dress to sing a menacing aria to the little boy and the other items in the room. Finally she recedes, and turns the show over to the shepherds and shepherdesses in his wallpaper, which the boy attacked with the fire poker. They emerge from the wall in torn clothing, singing of their sad fate. The harmonies in this piece, “Adieu, Pastourelle,” paired with the very stripped-down but deliberate choreography, made the entire experience haunting in a way that had me paralyzed in my seat as I almost felt their pain.

The final step in the story comes from the princess in the story book that the child ripped up. Because the book was no longer intact, the princess would never get to be with her prince. For this scene, junior vocal performance major Hannah Nowicki walks out from backstage in a silver gown covered from hem to hem with sparkles, crowned with a tiara. Her song to the boy about her love that he took away was simply heartbreaking, and Nowicki’s light soprano voice was perfect for the role.

I think the simple elements of the production made this particular opera even more amazing. It really focused the attention onto the vocalists themselves, who performed their pieces with extraordinary skill.

The other opera scene that I was especially in awe of was Act 2, Scene 3 from Dialogues of the Carmelites, written by Francis Poulenc, which takes place during the beginning of the French Revolution. An old marquis and his son, Richard Marenda Jr., worry about Blanche, the Marquis’ very skittish daughter, easily startled and impressionable. They’re concerned for her fate during the revolution, but later she decides to join the convent and become a nun.

The scene opens when Blanche’s father and brother are about to leave Paris to escape the danger. Her brother comes to convince her to escape with them. The set is simply a bunch of chairs set up to represent pews, but each with LED lights on the bottom which made the lighting on the scene really stark and dramatic. As Blanche sings of her duty to the convent and her refusal to leave, she slowly and strategically places the chairs on their sides, creating shadows over the set and vocalists building up to a tense moment when she knocks the chairs down with a loud crash, commanding attention to not only her vocal power, but the strength of her very presence.

Where Chosky would have had an edge over Kresge is its captions monitor. When I attend the opera performances, I prefer having the translations in front of me so I can follow the plot exactly. But in this case, I got by. The performances were so strong and conveyed all the meaning I needed beyond the scene synopsis. The vocalists that performed not only sang like absolute professionals, they put on a show that I was excited to watch.