Asking the big questions about love 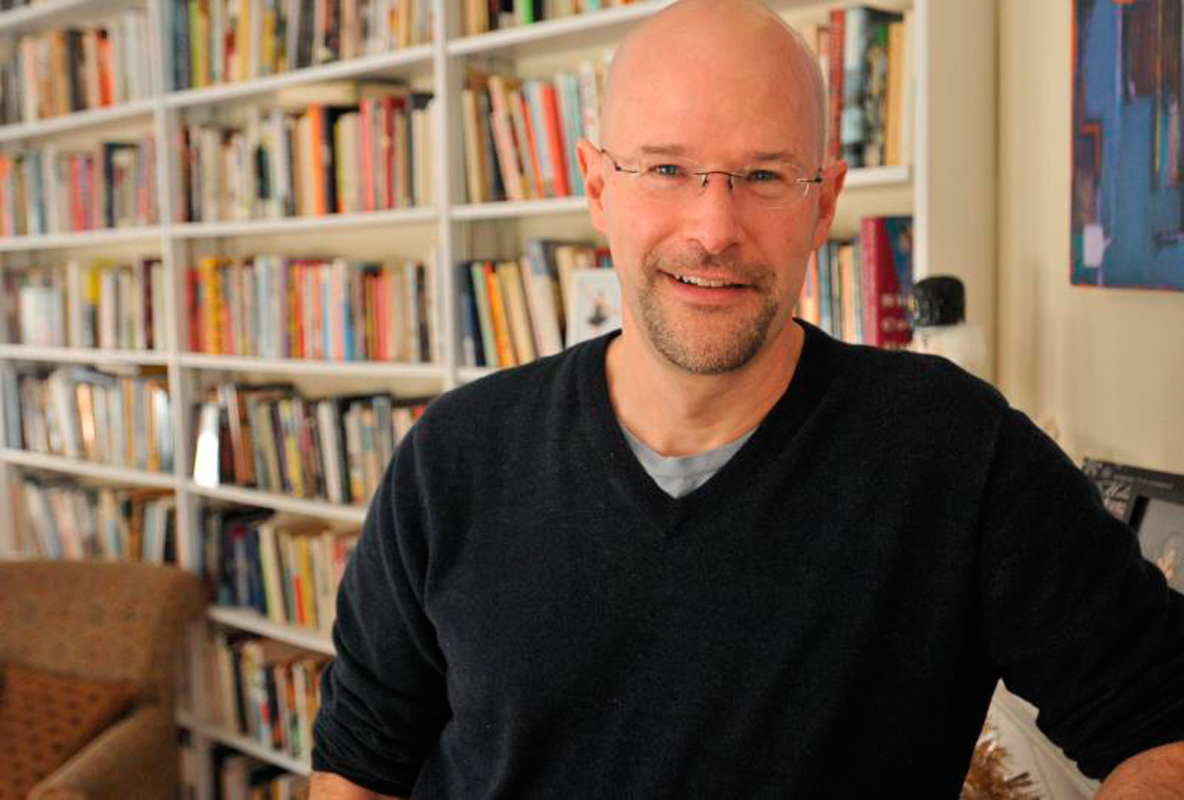 Daniel Jones often gets thousands of stories and musings in response to his columns in *The New York Times.* (credit: Courtesy of Gazzetenet via Wikimedia Creative Commons)

“Do you think it’s better to put a lot of effort into finding love, or leave it to fate?”

That’s the first question of Daniel Jones’ quiz, a love quiz he felt was important to put in his new book, Love Illuminated.

Daniel Jones, the Editor of the New York Times Modern Love Column, wants you to know that he doesn’t know much about love. For the last 10 years, he’s been reading millions of stories from all across the country where people open their hearts to him in letters and e-mails. He’s listened, read, thought about, was inspired by, felt sad and angry, but if you ask him about love, and what it means, how to get it, and how to keep it, he is as clueless as the rest of us.

On Wednesday night, in a small crowded classroom at the University of Pittsburgh, members of the Pittsburgh community gathered to hear from the man who has read it all. Five minutes before the event started, I looked around the room to see many young college students of all genders scrolling through their newsfeeds, sitting side by side with elderly couples adjusting their hearing aids.

It’s curious how at all phases in our lives, we’re drawn to a conversation in the hope of learning more about love.

But Jones made it clear: He doesn’t have answers. But the audience was not there simply for answers, neat ends, or instructions. Jones’ conversation incited the audience to talk about the messiness of love. He didn’t limit the evening to a discussion of romantic love as he touched on the complexities of the love of parents, children, and complicated emotions that are introduced by death, and even the way love is experienced through the adoption of a child.

Jones encouraged the audience to talk about questions, ones that are complicated and messy. Questions ranged from ones that addressed modern day expressions of affection and sentiment, such as “Do you think a relationship conducted purely online, via words, images, emoticons, and texting shorthand can be as fulfilling as or possibly even more fulfilling than one conducted in person?” to the age old, “How much self-sacrifice can love reasonably require? And what happens when the person you promised to love no longer seems to be the person you’re married to?”.

This is how Jones’ book is structured. Love Illuminated has 10 different chapters, each of which focuses on big, messy questions and pulls incredible, thought-provoking stories from his column.

During the event, Jones spoke in a quiet and humble tone. He told lots of jokes, but he didn’t come across as pompous. Two authors joined him during the event: Pitt professor Aubrey Hirsh, who wrote a Modern Love column titled, “In Matters of the Heart We’re In This Together” about a literal and metaphorical heartbreak, and Lori Jakiela who wrote “The Plain, Unmarked Box Arrived” about a sex chair for herself and her husband.

When you read some of these columns, you can see why Jones selects these stories. They are poignant and important and well-written.

Jones also told us an important story about how he met his wife. In it, he answers the question, “If a word like destiny makes you gag, should you still try to believe in it?”.

I read Love Illuminated at a time when I needed it. After recognizing a huge distance between my perception of love and some messiness I was experiencing, I turned to the internet to find answers. It’s easy to find answers about love on the internet. Google “how to know if someone cares about you,” or “how to know when it’s time to break up” and you’ll find tons of so-called experts who promise that raised eyebrows mean interest and no phone call for 48 hours means a break-up. But oftentimes we are self-confirming in our searches. We only register information that we want to hear. That’s why the book and the column are so refreshing. After reading, I didn’t know a single new “rule” about love; instead I had a better framework for understanding about why I may have had such unrealistic expectations in the first place.

Jones’ book, column, and incredible Emmy-nominated animated video series offer the kind of advice people can use to grow rather than “know.” Love is messy and unique and difficult and short and long and real and imaginary. It is whatever you experience it to be.

When an audience member asked if his views on love are more pessimistic or optimistic after Jones finished reading, he says that many readers ask him why the column is so depressing. There are not very many happy endings, because in life there are also not many happy endings. However, Jones says he’s optimistic because despite a lack of fairy tale weddings, he says that he feels learning from an experience is the most important part. “If you go through something, and learn something … that’s an optimistic concept for me.”