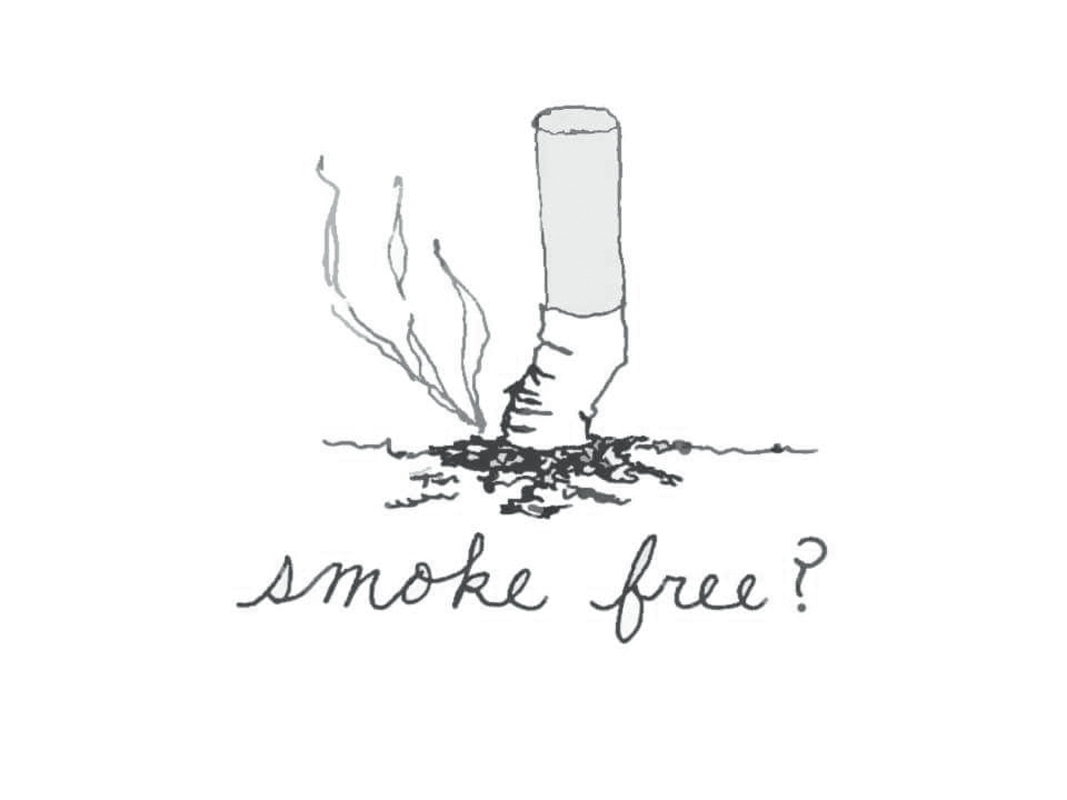 The future looks dim for smokers on campus. On Thursday, the Undergraduate Student Senate approved a proposal banning tobacco wholly from campus. Yet, proponents of banning tobacco products aren’t necessarily smoking the competition.

The proposal passed through Senate with 15 in favor, 13 against, and one abstaining senator. Now, the policy has to make its way through Graduate Student Assembly, Faculty Senate, and Staff Council.

Afterwards, University President Subra Suresh must sign off on the policy taking effect. If all the pieces fall into place, and the policy does take effect, tobacco use will be banned on campus entirely.

According to the draft of the proposed policy, “Smoking and use of other tobacco products is prohibited by students, staff, faculty, and visitors in all university buildings, facilities or property owned, leased, or operated by Carnegie Mellon University, including campus grounds and outside areas.”

The policy continues to define a “tobacco product” as “any type of product containing, made, or derived from tobacco that is intended for human consumption and ingested by any means.”

The proposed policy does make concessions for e-cigarettes, the health effects of which are still debated.

As a result of this, the policy prohibits campus community members from using e-cigarettes or vaporizers indoors, but allows their use outdoors.

Beginning with a rationality statement, the policy itself relies heavily on the example set by over 1,000 other universities that have already banned tobacco from campus.

“We believe that making a campus tobacco-free is considered the gold standard of health,” Dean of Student Affairs Gina Casalegno, who sits on the smoking policy review committee that wrote the policy, said of the policy.

Mainly focusing on the health of Carnegie Mellon community members, the policy seeks to aid not only bystanders, but current users and new users.

“We do care a lot about individuals who consume tobacco and wish to receive aid in cessation of those habits” Casalegno added last week in an interview with The Tartan.

Preventing people from starting and current smokers from continuing is a goal of the smoking policy review committee.

The policy cites the Surgeon General, stating that smoking still exists as the “leading preventable cause of death in the United States” in its rationale for the policy.

Going forward, other organizations hold these arguments in mind when they put it to a vote. The GSA and Faculty Senate will consider the views of smokers as well in their upcoming votes on the policy.

Over 20 percent of Carnegie Mellon’s 13,000 students are from different countries, a significant portion of those students hailing from China or Korea.

With such a significant number of students from abroad, and from countries that consume that much more on average, the Smoking Policy Review Committee has a significant cultural hurdle to combat with the new policy.

Yet data from other universities which have banned tobacco shows a significant decrease in the number of users after a smoke- and tobacco-free policy is implemented on campuses.

Data from the Center for Disease Control and Prevention (CDC) shows a decrease in overall users in the United States of about 20 percent since 1965.

The future of the policy is balancing upon whether or not the respective governing bodies buy into this vision.