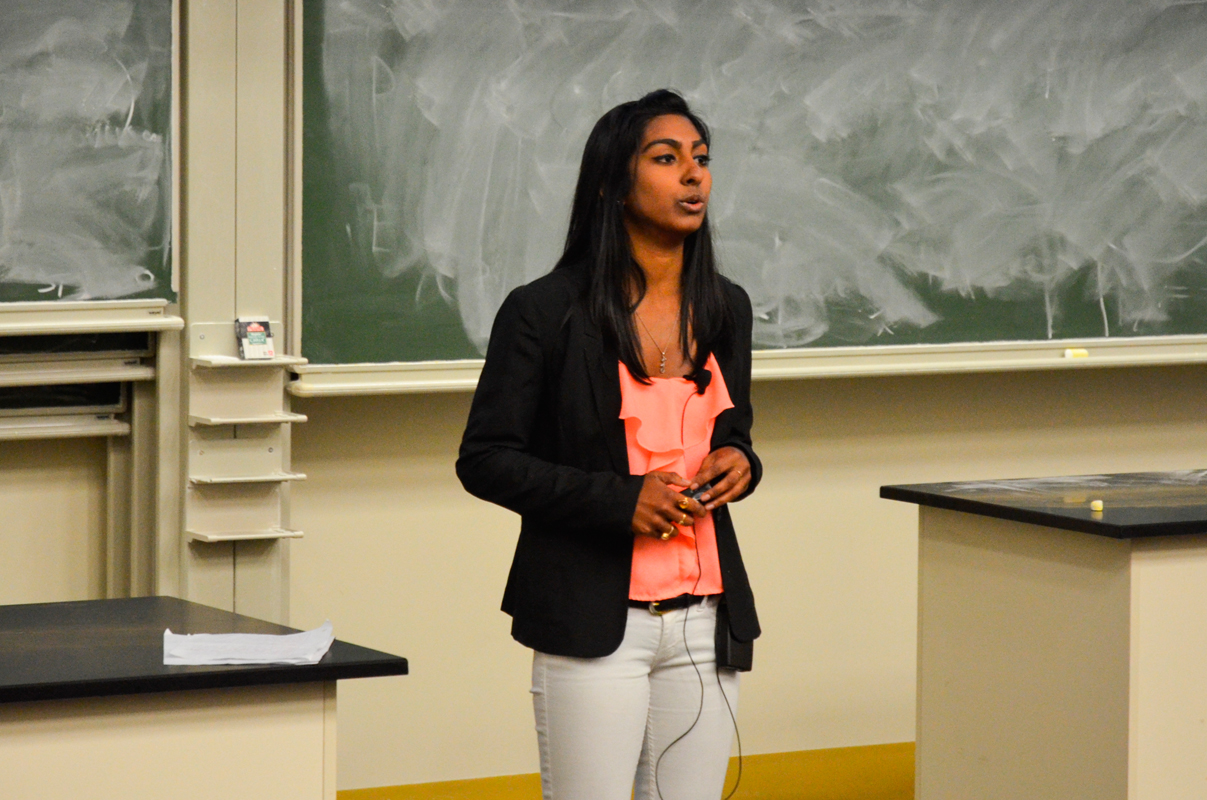 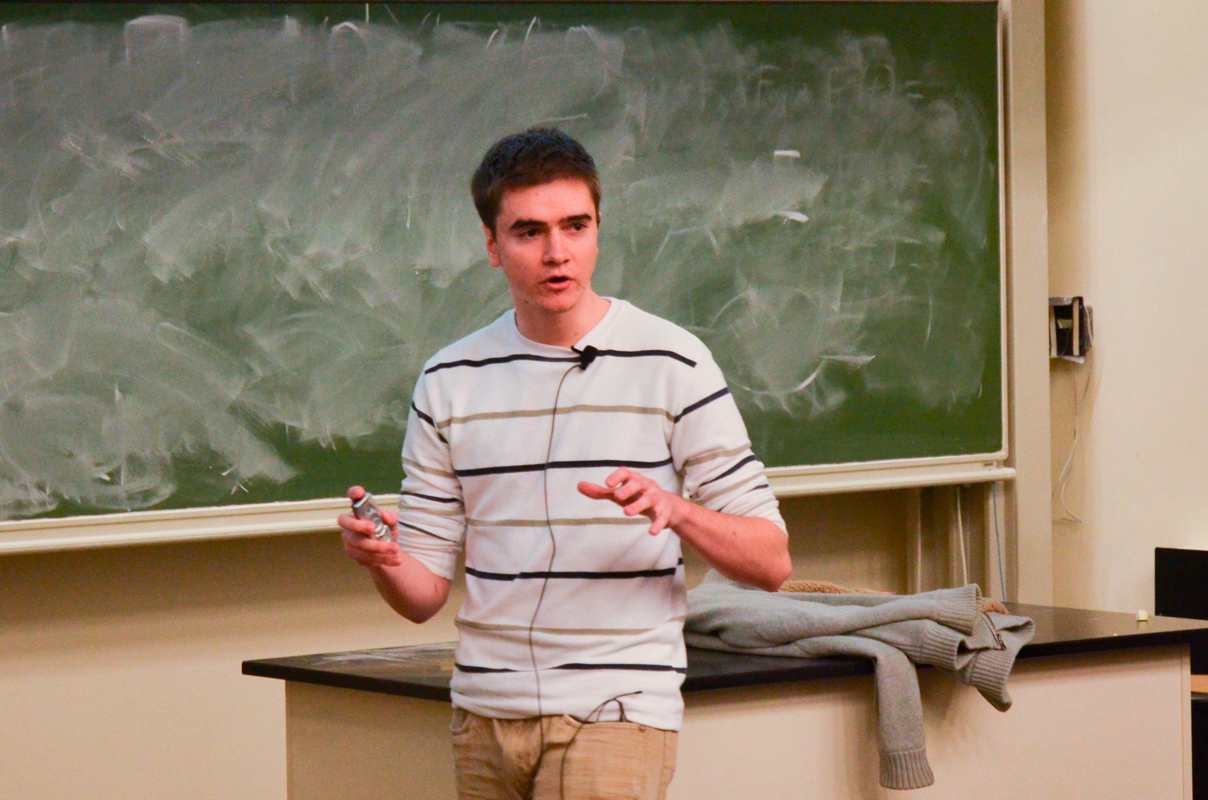 Senior electrical and computer engineering major Peter McHale and biological sciences major Shalini Ray gave lectures on Monday in Porter Hall on how they achieved their success at Carnegie Mellon University. The First Lectures are hosted by the Undergraduate Student Senate in homage to Randy Pausch’s Last Lecture.

At these lectures, seniors speak about how they achieved their own success, what they learned along the way, and the wisdom they want to pass on about how to lead one’s life.
McHale spoke first, opening the lecture with the words, “I will be very honest and sincere for both my successes and failures.”

McHale has taught two StuCos. He learned a lot from them, possibly more than his students learned from him, he said. McHale believes that StuCos are a great opportunity for first-year students to learn from upperclassmen, as they are places where “students are accessible to students.”

McHale first failed at leadership through Solar Splash, a group on campus that makes solar-powered boats. He said that, while he led a great team, he could not provide adequate directions when his team looked to him to lead. He said that to lead, a person has to be 100 percent passionate about the task that they are leading.

From his various leadership experiences, McHale learned that it is necessary to focus more on the team than on the end result. “If you invest in the people they notice and they react to it,” he said.

McHale also stressed the importance of people inside and outside of Carnegie Mellon.

Key people who influenced McHale include assistant teaching professor in the School of Computer Science David Kosbie, his dad, and his high school best friend.
“You are surrounded by really amazing people,” McHale said. “You learn a lot about yourself by learning from others.”

McHale said that his final year at Carnegie Mellon has been hard because he is often anxious. He also said that a friend he was close to all four years grew apart from him, although he did not want that to happen.

He said that he became cynical with his education at Carnegie Mellon; he just wanted to do something he was excited about.

“I think this is a conversation that we need to have,” McHale said about anxiety and depression. “Anxiety and depression are some obstacles that I tried to overcome with my senior year ... Everyone should never be in a place where you are just looking for another part of life.”

McHale’s final point in his lecture was the investment in people. He emphasized “hanging around people who just keep you up.”
He said that it is important to enjoy hanging out with people and that he and his friends compliment each other often.

“We really do respect each other and compliment each other,” he said. “So the conversation is always exciting.”

McHale noted that leadership is not just about the team, but everyone. It is very important to pay attention to people and learn from them, he ended.

Ray opened her presentation by telling the audience that although she is heavily involved on campus and in other activities, she is not perfect.

Through her time at Carnegie Mellon, Ray learned to find balance. Her number one priority is, “Put health first, make sure to eat properly, get enough sleep, and focus on things that really matter.”

She realized that “it is not the smallest things that matter; it is how you come out of the situation that matters.”

Last year was extremely difficult for Ray as her dad suffered through ruptured abdominal aortic aneurysm. He lived for five-and-a-half months before passing away.

“I cried more in those five months more that all I ever cried in my entire life,” Ray said. “You know, it was difficult mainly because I felt like I had the world on my side — senior year was perfect. I thought I wanted to work at NASA that summer ... But the world just crashed down at me in one day.”

Ray said the support system at Carnegie Mellon helped her get through that time. She described a support network of students, faculty, and staff who have shaped her into who she has become today.

To Ray, “People are the most valuable aspects in my life.” She reminded the audience to “never miss an opportunity to make connections, friendship.”

Ray ended her lecture with what she called 10 cheesy pieces of wisdom, including such things as being nice to people even though not everyone will be a fan of you, what doesn’t kill you makes you stronger, and always laugh or smile because it will brighten up a room.

“Really inspire other people and be a role model to them,” she ended.

Throughout the lecture, she reminded everyone to remember that it is always possible to come out of something by having mental strength, as well as friends and family to create a support network.

The First Lectures series was hosted by the Undergraduate Student Senate. The next event will be held on Monday, April 20 at 4:30 p.m., and will feature seniors Sean Archie and Joanna Latini.