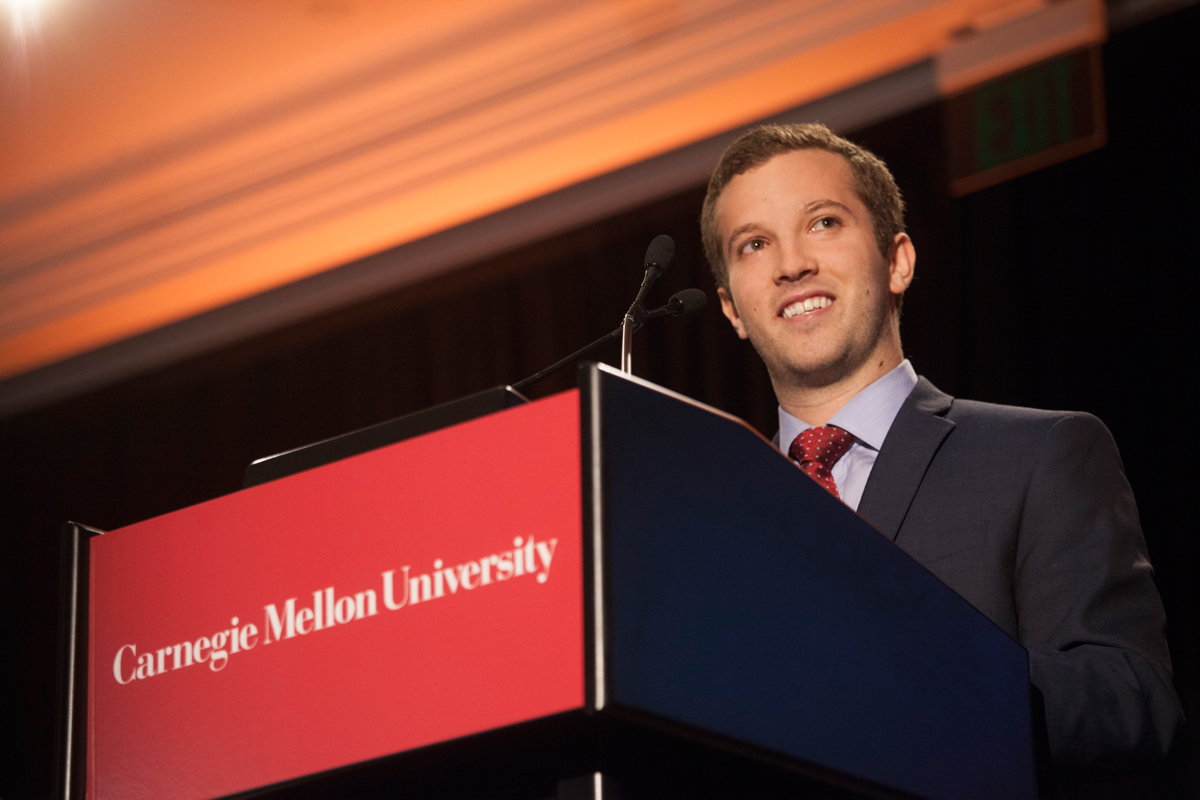 Board of Trustees members have pledged to contribute $20 for each senior that donates $5 until Commencement.

The pledge has the potential to raise more than $27,000, according to Student Body President (SBP) and senior electrical and computer engineering and business administration double major Ian Glasner.

Glasner announced the giving initiative to the student body by email, saying, “Give today, and turn your $5 into $25.”

The initiative, which Glasner has been working on for the past few months, arose from conversations that he had with Chairman of the Board of Trustees Ray Lane in late February, when the two met at a Board event in San Francisco. After their initial talks, the Board voted to approve the idea.

“Senior giving is a benchmark similar to alumni giving in that there’s no way to really poll students or alumni as to whether they enjoyed their experience,” said Assistant Director of Annual Giving Nicole Atwell via email. “Giving is a proxy for that.... The thought is that if they find the value in their degree and care about the future of the school, they’ll give back and invest in the school to help others have the same great experience.”

According to Atwell, President Subra Suresh has been working on raising the giving rate, both from alumni and current students since he took office in 2013.

When Glasner took office as SBP, he helped to found the Proud to Be Plaid Committee, which focuses on increasing student giving. Nearly 700 undergraduate students have given this year, and almost 300 of those are senior gifts.

Atwell attributed these numbers from overall undergraduates to such initiative’s as the Student Athlete Advisory Board’s challenge to have all student-athletes give back this year, as well as CMU Crowdfunding, an initiative started this year to fund student organizations and endeavors by the larger campus community through a website similar to Indiegogo.
Atwell also attributed the donations rates among seniors to the efforts of a new Proud to Be Plaid Committee. Glasner founded the Proud to Be Plaid Committee at the beginning of the year to increase the senior giving rate. He enlisted the help of sophomore math major Connie Yang and sophomore statistics major Michael McCaffrey to head the committee. Yang and McCaffrey led discussions on the best ways to increase student giving participation.

Peer-to-peer conversations and targeting Greek communities, as well as outreaching with Highland Ambassadors and Andrew Carnegie Scholars, seem to be the most effective ways to encourage student giving, particularly in seniors, said Atwell.

Other peer schools have been doing senior gift drives for years. At the Massachusetts Institute of Technology (MIT), 76 percent of seniors gave back last year.

“That sort of giving rate and the ability to educate students as to why giving is important also shows in schools such as MIT’s undergraduate alumni giving rates,” Atwell wrote. These giving rates are the numbers used for rankings such as those provided by U.S. New & World Report.

Glasner expressed hope that the initiative would work to increase CMU’s endowment, which, like the giving rates, is “minuscule” compared to peer institutions.
“Ray [Lane] was excited about this idea because he, like me, understands the importance of giving back to Carnegie Mellon,” Glasner said. “When it comes down to it, student giving is not about the money. It’s about the participation rate.”

The trustees’ gifts will add to the nearly $1 million that they already give annually and the larger, multi-year initiatives they contribute to individually not included in the $1 million, according to Atwell. The money donated by board members will be put into either an endowed scholarship or a physical gift on campus, while the gifts that seniors give will go to wherever they designate them.

“I know we can do better,” Atwell said. “With continued support from the administration and from committed student volunteers and donors, we’ll definitely get there.”

Glasner agreed, saying “We all have the same goals at heart — to leave CMU a better place than we found it. And [giving] is a great way to go about accomplishing that.”