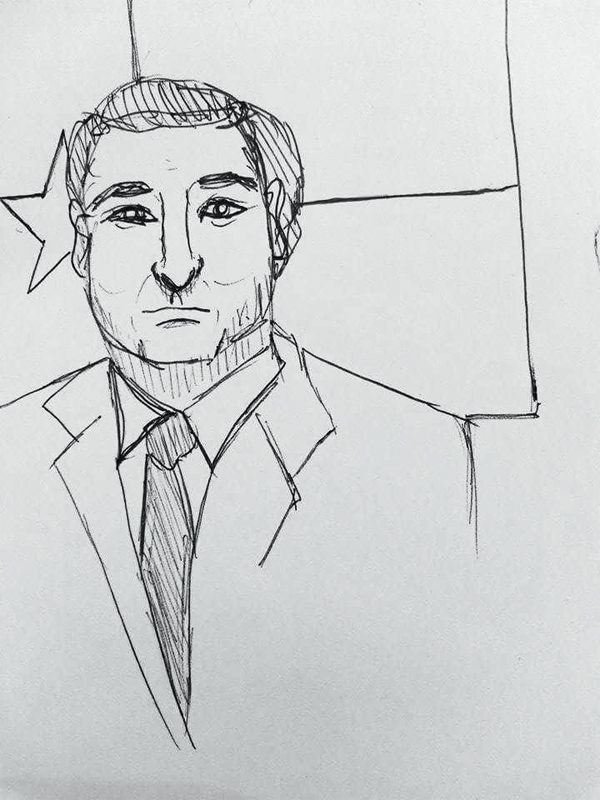 Imagine Ted Cruz's America: it's ridiculous and horrible (credit: Maegha Singh/)
Editorials featured in the Forum section are solely the opinions of their individual authors.

Last Monday, Senator Ted Cruz kicked off the 2016 presidential election season by announcing his candidacy for president. Throughout his speech, titled "The Promise of America," Cruz invited his audience to imagine an America governed by his policies. So I invite you to do the same. Imagine, if you will, the promise of Ted Cruz’s America.

Policy one: “Imagine innovation thriving on the Internet as government regulators and tax collectors are kept at bay and more and more opportunity is created.”

Here, Cruz is referring to net neutrality. You may remember his infamous “Net neutrality is Obamacare for the Internet” tweet. The truth is, net neutrality keeps the internet exactly as it is now: free and open. All it does is prevent Internet service providers from biasing the way they provide service. Providers can’t, for instance, speed up or slow down websites based on extra fees or contract negotiations. You don’t have to imagine innovation thriving on the Internet, because that’s what is happening right now. And net neutrality keeps it that way.

Cruz must be talking about a future fueled by sustainable energy sources, right? Surely not oil. Surely not natural gas. Surely not coal. Right? How about solar? Wind? Geothermal? Hydro-electric? Those are new technologies that really could create millions of jobs, and help bring the United States closer to energy independence. Nice work, Ted, I’m with you on this one 100 percent! I just don’t think you’re with you.

And replacing it with single payer healthcare! Obamacare has its weak points. It’s just that those weak points are the more conservative aspects of the bill; for instance, it includes no public option. But even with those weaknesses, Obamacare has been an unquestionable success. It has provided insurance coverage to millions of previously uninsured people. It has slowed the rise of healthcare and insurance costs. It has opened coverage to those with preexisting conditions, it has outlawed gender discrimination in providing insurance, and it has allowed me to stay on my parents' health insurance until I’m 26.

I knew Cruz was crazy, but not this crazy. First of all, a simple flat tax would be a monumentally unfair tax system. Income inequality is at record highs as it is, and what Cruz is suggesting is a massive tax break for the wealthy, and (most likely) a huge tax increase for the working and middle class.

Beyond that, who is supposed to collect Cruz’s harmful, woefully inadequate flat tax without the IRS? Is Cruz saying that he’ll collect every American’s taxes personally? The IRS doesn’t exist because taxes are high or complicated. The IRS exists because government bureaucracy may not be great, but it’s better than nothing when it comes to things like making sure the government has money, and making sure the President doesn’t throw away tax revenue because it got mixed in with his junk mail.

Cruz knows that President Obama has done more to secure the border than most presidents. Cruz is really talking about Obama’s “executive amnesty,” as he likes to call it (it’s not), which has nothing to do with border security. It’s all about recognizing that the Department of Homeland Security has bigger priorities than deporting a mother of three young American citizens or a productive, law-abiding member of society who was brought to the country illegally as a young child.

This article is getting long. I underestimated the depths of Cruz’s crazy. It’s time for the lightning round.

Policy six: “Imagine a federal government that works to defend the sanctity of human life…”

I’ll be expecting your repeal of the death penalty on day one, President Cruz. Not to mention war. And I’m glad to hear you’ll be giving everyone free healthcare.

Policy seven: “… and to uphold the sacrament of marriage.”

Better get divorced now, before President Cruz outlaws it. It’s in the Bible, folks. That’s what he’s talking about, right?

Policy eight: “Imagine a federal government that protects the right to keep and bear arms of all law-abiding Americans.”

Cruz bragged on CNN this week about fighting tooth and nail to kill every commonsense gun control measure proposed after the Sandy Hook massacre, even the bipartisan ones with near universal public support. See Policy Six.

Even a broken clock is right twice a day.

You’ll have to make it a federal law first though, so you can repeal it.

Policy 11: “Imagine embracing school choice as the civil rights issue of the next generation…”

Because racism is dead, after all, along with sexism, homophobia, and discrimination. It’s time to let schools finally have abortions, or whatever school choice means. But seriously, making it easier and more appealing for people to abandon public schools denies every child's right to a quality, free education. School choice is nothing but white flight from public schools.

Policy 12: “Imagine a president who stands unapologetically with the nation of Israel.”

Because Israel is the 51st state, after all. (Yes, I did just dare boil US-Israeli relations down to eight words. What can I say? It’s the lightning round!)

Policy 13: “Imagine a president who says ‘I will honor the Constitution, and under no circumstances will Iran be allowed to acquire a nuclear weapon.’”

U.S. Constitution Article V Section 2: “Under no circumstances will Iran be allowed to acquire a nuclear weapon.” Look it up, people.

Policy 14: “Imagine a president who says ‘We will stand up and defeat radical Islamic terrorism… and call it by its name.’”

While we're at it, let's call the Ku Klux Klan or Neo-Nazis radical Christian terrorists. That’ll go over well. Or, as it may turn out, gross over-generalizations about people are only okay when they’re about the trendy religious or ethnic group to hate.

In conclusion, imagine Ted Cruz’s America: Where Netflix is as dependable as Comcast. Where it’s easier to get a gun than to vote. Where schools have more choice than women. Where Israel gets our unwavering support, but millions of uninsured Americans are left to fend for themselves. Where everyone has an equal tax rate, regardless of their ability to pay, but millions of Americans don’t have the right to marry the person they love. Where oil flows freely through our pipelines, but our commander-in-chief wont even acknowledge that climate change exists.

We deserve better from our candidates. We deserve candidates who will talk about the real issues, like income inequality and climate change and the money in politics. Who will bring real solutions to the table rather than pander to hate and emotion. Who will align their policies to the facts, rather than religious dogma. The good news: Ted Cruz will never be president. The bad news: He’s running, and it isn’t going to be pretty.