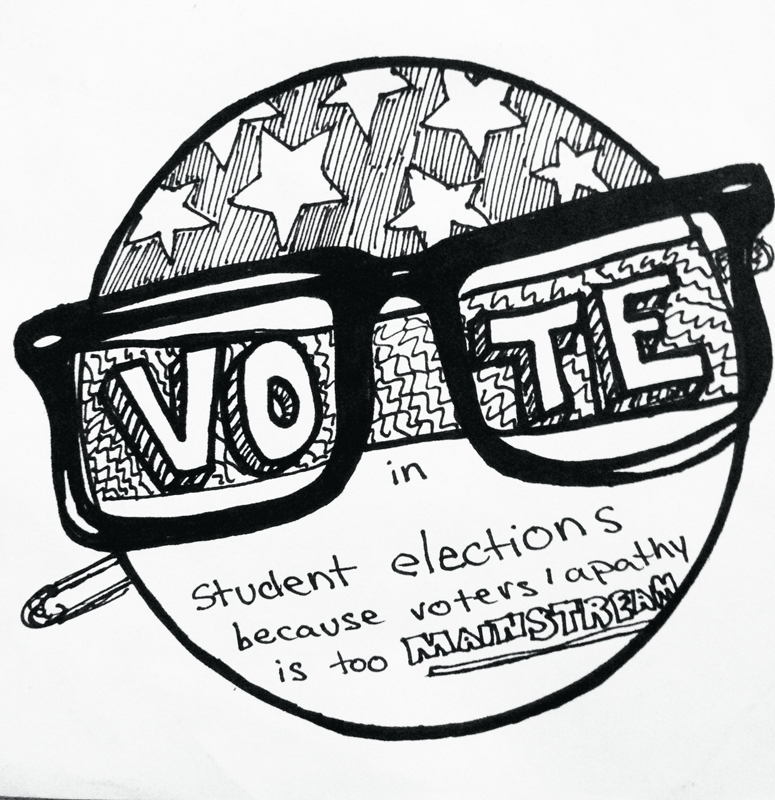 JR Marshall and Jibby Ayo-Ani have proposed to increase the number of students trained to be part of the Survivor Support Network (SSN), while Divya Kothandapani and Mark Whiting have promised to bridge the gap between graduates and undergraduates, something that is sorely needed. Evan Wineland and Connie Yang have proposed to raise student wages and expand students' contact with the city of Pittsburgh.

All of the above portions of these students' platforms seem like worthwhile pursuits for the next SBP and SBVP to tackle. However, many of the other proposed initiatives in their agendas seem unnecessary or unfeasible. I do not foresee high levels of involvement for Marshall's proposal for a reorientation day or Wineland's proposal for a student-faculty lunch program. Kothandapani's proposal for improved apps, while nice, does not seem as important as some of the already listed initiatives proposed by other candidates. These initiatives will either fail or not provide substantial change to our campus. I am not putting down these initiatives to lambaste the candidates' platforms.

Instead, I am reviewing both the promising and the less promising positions to shed light on the fact that each running pair has at least one major initiative in their platform worth pursuing, as well as some that are not worth pursuing. If the winning candidate were able to tackle the most important initiatives from each platform, they would have an undeniably strong presidency.

I'm writing to urge the winners of this year's Student Senate debates to consider inviting the other serious candidates (sorry, Saif Jedidi and Ben Debebe) to their cabinet, and for the pairs who do not win the elections to accept those invites. While, of course, not all candidates can win the positions of SBP and SBVP, their proposed initiatives should not die with their campaign. Instead, the winning pair must consider working with their former competitors during the following academic year, in order to provide tangible change before the next election season.

With such highly motivated pairs of candidates (this year has seen more effort put into platforms and campaigning than previous years), it seems a shame that many of the important initiatives proposed will fall to the wayside, only to be replaced by less important initiatives like DineX expansion, student-faculty lunches, and improved apps.

In an ideal world, I would like to see the next SBP and SBVP tackling three equally ambitious goals—like increasing SSN participation, bridging gaps in our student body, and increasing student wages—rather than having one or two important proposals get dragged down by less important initiatives, which are often proposed almost every year (when is the last time we [ital]weren't[ital] promised better faculty-student relations and expanded shuttle services?).

Pulling the most important initiatives from each platform would ensure that there are no fluff goals for the next SBP and SBVP to tackle. But in order to make three ambitious goals achievable, the winning pair must consider working with the people who first proposed them, since these are the people who have thought most about these initiatives and probably have the best connections to make them happen.

If I were to have my way, the next SBP and SBVP would choose the most important initiative from each running pair's platform, and tackle those three goals, rather than tackling one good initiative paired with a few lesser initiatives. If I had my way, all candidates would be in the winner's cabinet to make these goals possible. With all candidates working together, I can imagine a SBP and SBVP pair that could enact true change on campus in multiple substantial areas.