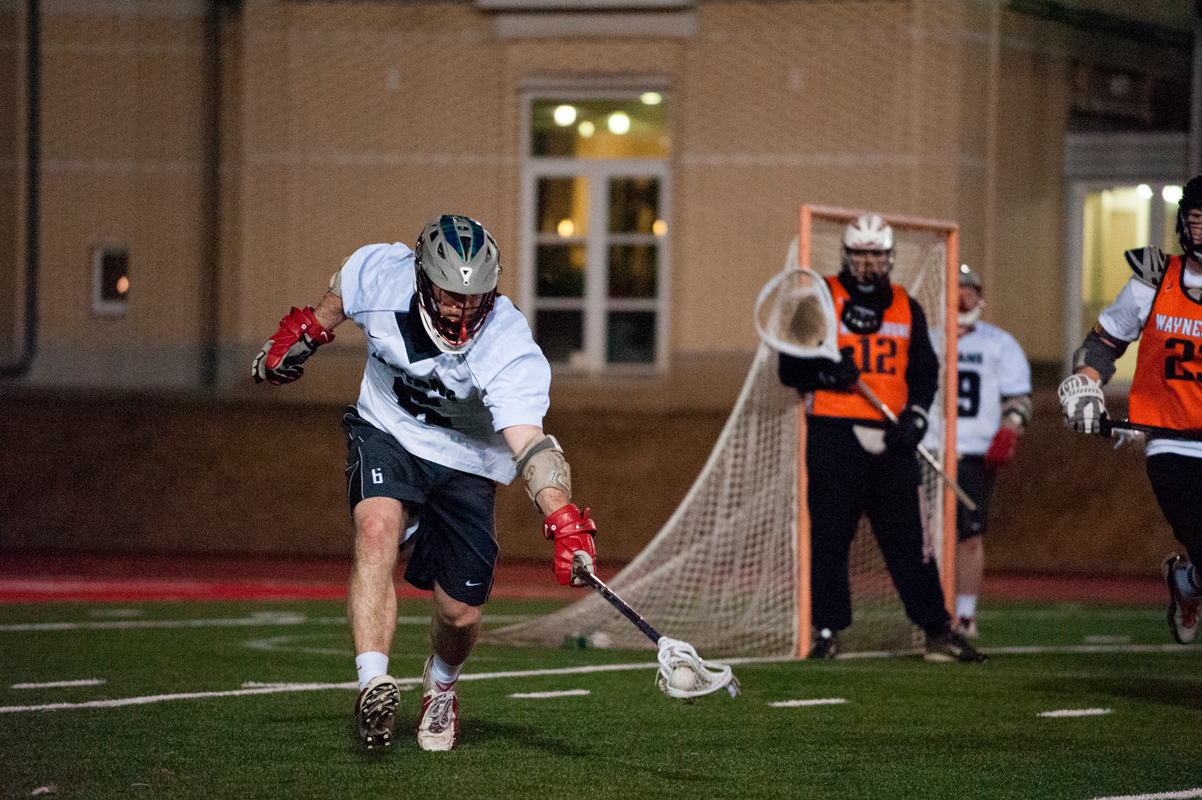 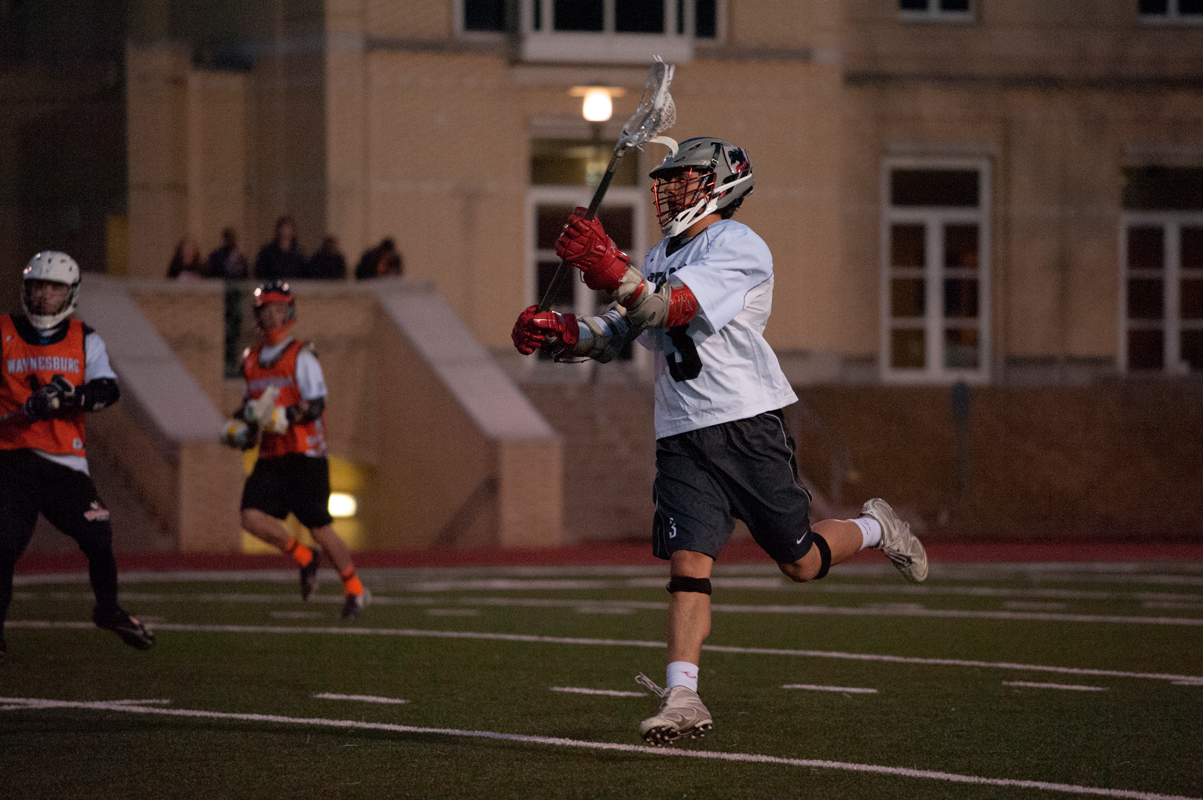 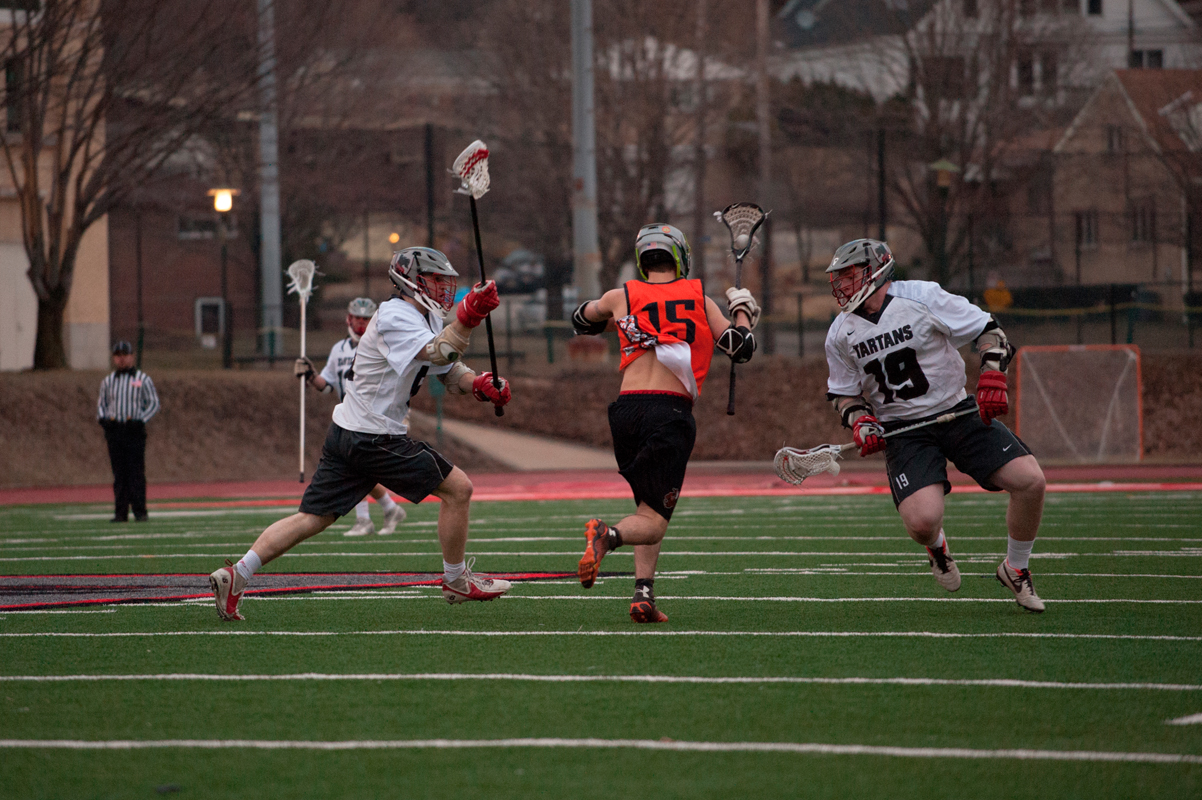 The first day of spring may have brought yet another batch of snow to Pittsburgh, but it also signaled the start of the season for the Carnegie Mellon Club Lacrosse team. Opening against the Waynesburg Yellow Jackets, the Tartans turned a chilly night into a red-hot rally of scores, dominating Waynesburg 9–5.

Carnegie Mellon got off to an early lead when senior midfielder Esteban Pacheco scored the first goal for the Tartans, sneaking it through a narrow gap on the left side of the goal. Waynesburg answered with a strike of its own, and the game began to settle into a defensive battle with a lengthy succession of saves by both goalies. Towards the end of the first quarter, the Tartans were able to earn another score, making it 2–1.

The next quarter brought more offensive action to the game, starting with an early score by Pacheco. The Yellow Jackets scored again shortly afterwards, but sophomore attacker William Tyler Reid answered with a score of his own. Tensions rose among the visiting players, as evidenced by one member of the team slamming his helmet to the ground after the referees pulled him out for committing a penalty. Waynesburg took a more aggressive approach toward the end of the second quarter, sending shot after shot at junior goalie Brad Hodge until finally managing to score. Their elation was short lived, as the Tartans led by Reid quickly answered, taking a 5–3 lead into halftime.

From that point on, the Tartans began to overwhelm the Yellow Jackets. After a succession of blocks by Hodge, the Tartans quickly turned to the offensive, leading to another Pacheco score. While Waynesburg tried to muster a response, the Tartans counteracted each Waynesburg attempt to advance the ball, eventually turning the tables with another score, this time courtesy of graduate student midfielder Travis Armiger. Before they realized it, the Yellow Jackets found themselves surrendering another score to Reid, bringing the game to a lopsided 8–3 score. Although Waynesburg would manage to add two more goals to their total in the fourth quarter, the Tartans’ lead was just too much, especially with yet another score from Reid by the time the game finally ended.

Sophomore long stick midfielder, defender, and captain Kincaid Murray was elated with the team’s performance, especially considering the limited time the team has actually been able to meet for practices. “We’ve only been able to really have two practices due to the snow,” Murray said, citing the large amount of snowfall that has blanketed Pittsburgh often this year. “As a result, we were a little sloppy.”

Nevertheless, the team’s dominating performance was very satisfying. “It was a great start to our season,” he said. “We will be very good going forward.” The club team switched over this year from the MCLA (Men’s College Lacrosse Association) to the NCLL (National College Lacrosse League), which has most of their opponents located nearby and a better chance for the team to compete.

Murray believes that the team chemistry is very strong among both the coaching staff and the players. “We’re all out here for the love of the game,” he said. “It’s a fast paced and physical sport that really draws people in and has a tight knit community.” Making the time to come together for the sport, especially with the rigors of Carnegie Mellon, makes the feats they achieve on the field even more impressive, although Murrary contends that their love of the game makes balance easier to achieve. As the team goes though more games together, their chemistry will almost certainly improve. Judging by the strength of their start, it will certainly be exciting to follow the team going forward.