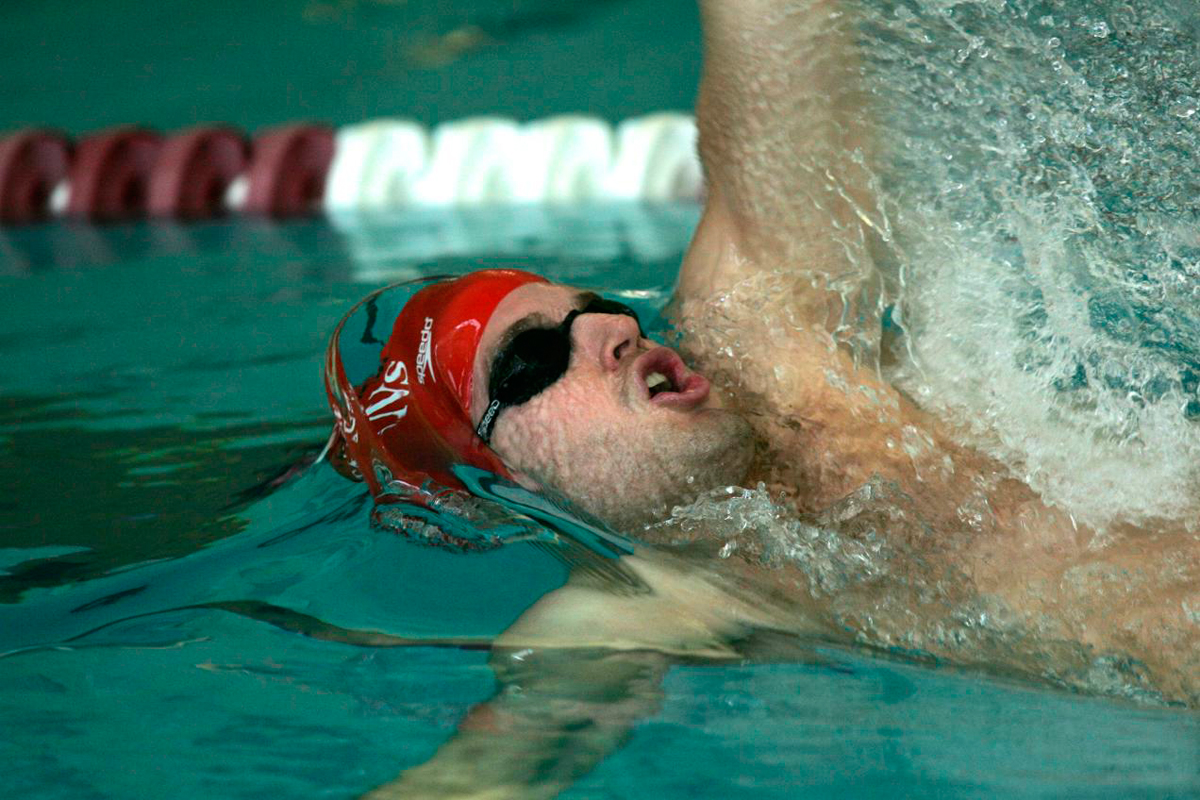 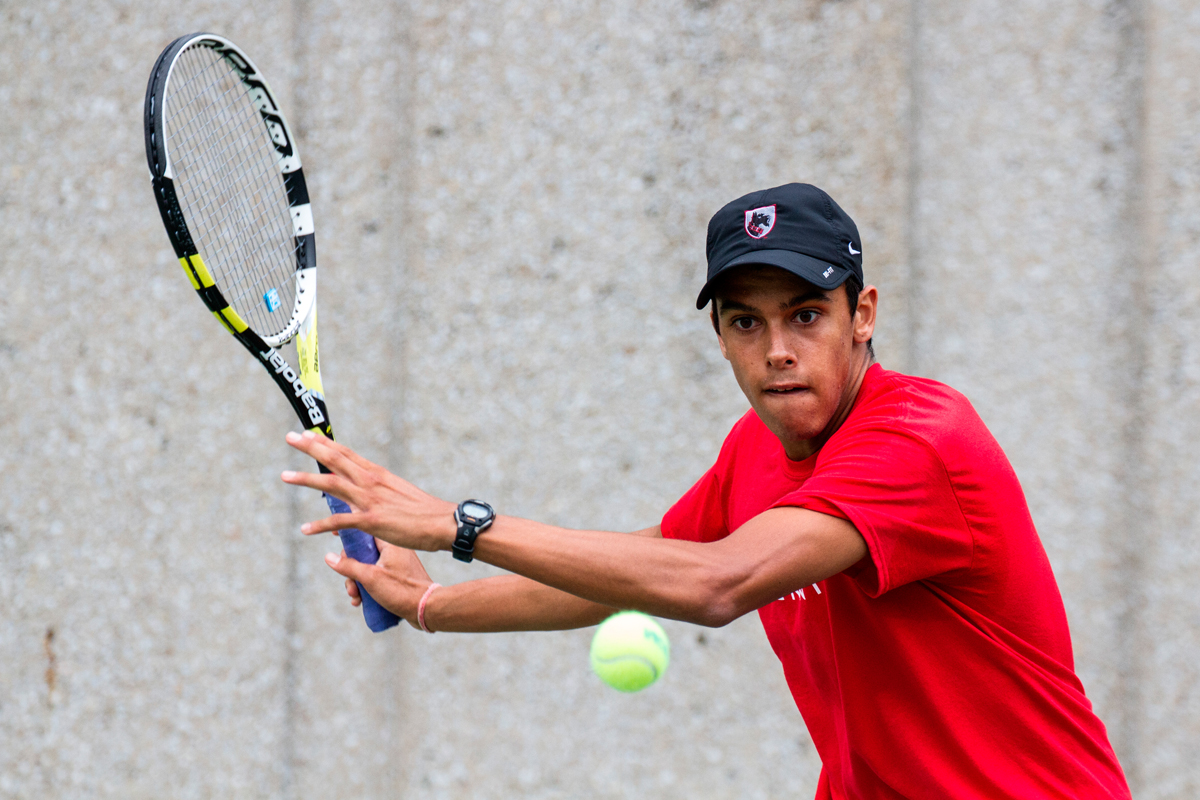 Over the break, the Carnegie Mellon men’s tennis team traveled to Claremont, California for its annual spring break tour. The Tartans faced off against some of the best teams in the country, including top-ranked Trinity University, 15th ranked Pomona-Pitzer Colleges, and 18th ranked Bowdoin College.
The first day for the Carnegie Mellon was a double–header with Pomona-Pitzer in the morning and University Athletic Association (UAA) rival the University of Rochester in the evening.

The Tartans fell behind quickly against Pomona-Pitzer after going 1–2 in the doubles matches with only seniors Will Duncan and Christian Heaney-Secord pulling out a close victory, 9–8. In singles play, Carnegie Mellon played close with all but two matches requiring a tiebreaker either for a game or the set. Junior Abhishek Alla won 7–6 (7–4), 6–4, while sophomores Kunal Wadwani and Kiril Kirkov won their respective matches 7–5, 6–0 and 6–4, 7–6 (10–8). The split in singles play was not enough to overcome the early hole from doubles and left Carnegie Mellon losing 5–4.

In the next game against Rochester, the Tartans took out their frustration from the morning with a 9–0 victory. While every player won their matches, senior Bryce Beisswanger and junior Yuvraj Kumar were dominant in doubles play with a 8–2 victory and Alla, Heaney-Secord and Wadwani were outstanding in singles play with all three winning in straight blow out sets.

Next up for the Tartans was Bowdoin College, where Carnegie Mellon started off slow by dropping all three close doubles matches. The Tartans rebounded in singles play with Heaney-Secord and Wadwani each winning in straight sets, 7–5, 6–0 and 7–5, 6–4 and Kirkov pulling out a tight match 7–6 (7–3), 1–6, 1–0 (10–3). The singles split was again unable to pull Carnegie Mellon out of their early doubles hole as they fell 6–3.
After the disheartening defeat, the Tartans had to pull it together as they faced off against the top ranked team in the country in Trinity University. Carnegie Mellon trailed again after doubles play with only Duncan and Heaney-Secord winning, 8–2, but this time the Tartans singles play was enough to overcome the deficit. Alla and Kirkov won in straight sets, 6–3, 6–1 and 6–3, 6–0 respectively, while Heaney–Secord and Duncan both earned their second wins that day, 6–3, 3–6, 7–5 and 6–7 (1–7), 6–0, 7–5 respectively.

To finish off the trip, Carnegie Mellon faced off against Sewanee and blew them out 9–0. All three doubles teams won by at least 5 while all 6 singles matches for the Tartans were straight set victories as the Tartans finished the trip with a vengeance.

During their annual spring break trip to California, the 7th ranked Carnegie Mellon women’s tennis team competed against the top teams in Division III.
First up for the Tartans was UAA rival Rochester. Carnegie Mellon disposed of them quickly in a 9–0 victory. Senior Bryn Rachke and first-year Cori Sidell won their doubles match 8–0 while all six singles matches were won in blow out straight set victories.

The next match was a bit tougher when Carnegie Mellon faced off against 5th-ranked Claremont-Mudd-Scripps. The Tartans dropped all three doubles matches to fall behind quickly before continuing to struggle in singles play with only junior Brooke Tsu and Raschke pulling out victories, 6–2, 6–1, and 6–4, 2–6, 1–0 (10–5).
Trying to rebound, the Tartans next faced 8th-ranked Pomona-Pitzer. Carnegie Mellon fell behind earlier with only sophomores Vanessa Pavia and Stacy Chang pulling out a win, 8–3. The Tartans rallied back in singles play with Pavia, sophomore Nicholle Torres, Tsu, and Raschke all pulling out victories to give the Tartans the win, 5–4.

The Carnegie Mellon Men’s golf team competed in two tournaments over the break, the UAA Championships and the Jekyll Island Invitational.
In the UAA Championships, the Tartans kept it close all weekend. After the first day, Carnegie Mellon shot a 313 and was only down two strokes from leader Rochester and sophomore George Qian was first among individuals while senior Cameron Low was tied for 6th. On day two, the Tartans shot much better and posted a 303, which jumped them into second place with a 616 for the tournament. Qian was tied for first with his second 74-shot round and won the first playoff hole to claim sole posession of first place. Sophomore Alexander Pomerantz played as an individual and was third overall and claimed first team all-UAA honors with Qian.
In the Jekyll Island Collegiate tournament, the Tartans faced off against 30 teams in the 54-hole tournament. On the first day, the Tartans shot a 302 and Qian led Carnegie Mellon with a 73, good enough for 22nd out of 150. Senior Justin Fischler and Low both shot 76s on the day. Day two was a bit tougher for the Tartans; they shot a 311 while Low and Qian both shot 75s.

The final day for the Tartans was led by sophomore Jordan Klodowski, who shot 6 birdies as Carnegie Mellon shot a 300. Qian and Low each shot a 75 again with Qian finishing tied for 37th overall. The Tartans finished the tournament tied for 21st.

This is one of many firsts for the Tartans, who are still in the midst of their first year of varsity competition. On the first day, the Tartans shot a 388 to place them in a distant third.

The brightest spot was first-year Summer Kitahara, who was tied for 5th with her 80 for the round. Day two was much better with Carnegie Mellon improving by over 25 strokes to shoot a 362. Kitahara earned all-UAA first team honors with her 161 shot tournament, good enough for 5th overall.
The Tartans also competed in the Jekyll Island Invitational over the long break, finishing tied for 13th with a 1032 round total (346–354–332). Kitahara had the best overall finish for the Tartans with a three day total of 242, which placed her 24th overall. Fellow first-year Robin Tan place 27th overall with her 54 hole total of 244, which was bolstered by her career-low 76 on the final day.

Select members of the Carnegie Mellon men’s and women’s track and field teams traveled to compete in the NCAA Indoor Championships over break. For the women, senior Erin Kiekhaefer competed in mile run. She posted a 5:03.96 in prelims to move on to the finals before her 5:09.32 time placed her ninth overall.
For the men, seniors Thomas Vandenberg and George Degen both competed. Vandenberg competed in the 400 and 800 meters. Times of 49.05 in the 400 and 1:53.43 in the 800 pushed him to the finals in both events. In the finals, Vandenberg finshed 5th in both events with a time of 49.13 in the 400 and 1:54.98 in the 800, giving him two All-American honors. Degen ran the finals of the 3000 meter and finished 10th with a time of 8:28.49.