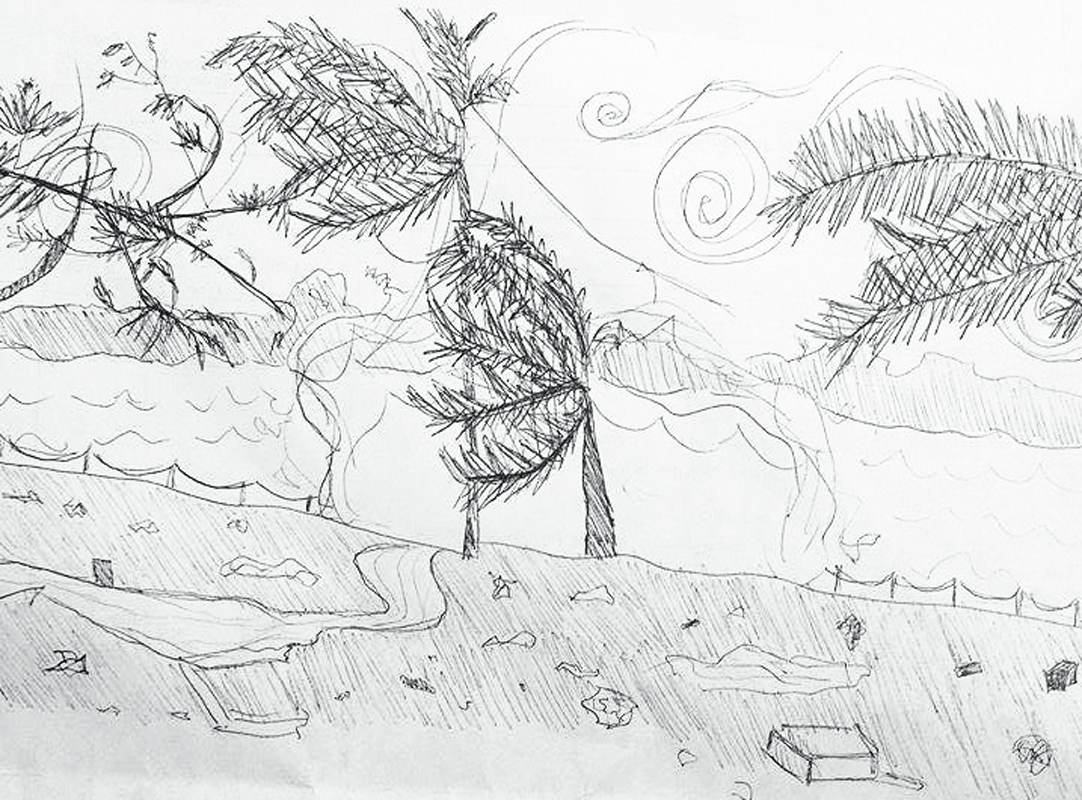 Last week Pam, a category five cyclone, hit the Pacific islands of Vanuatu. The devastating storm has been reported to have killed at least 24 people and has left over 70 percent of the population homeless. The Vanuatu president and Australia’s Climate Council are convinced this was not simply a freak storm. Due to climate change, the sea levels around Vanuatu have increased by 20 centimeters and the temperatures have risen slightly. Warmer temperatures cause bigger cyclones, and higher sea levels mean more water can be tossed around by the storm. Many attribute this storm to the increased carbon emissions that caused global climate change.

Vanuatu is a tiny, undeveloped country. They contribute little to carbon emissions and other pollution, especially compared to countries like the United States and China. Despite this, the islands of Vanuatu and countries like them suffer more from climate change than large, first world power houses do. Should more developed countries, who contribute the most to environmental changes, take responsibility for the damage they cause to our planet?

The first step is to decide who exactly should be held responsible for climate change. The immediate reaction is to charge entire countries, yet this might not be totally fair. There are many groups and companies within these large countries that make an effort to reduce their detrimental effects on the environment. On the other hand, certain industrial and government projects produce a lot of pollution. Toyota, for example, admits that its hybrid cars require a lot of energy and produce a lot of carbon emissions during production and that the lithium ion batteries produce an excessive amount of sulfur dioxide emissions. Individuals can also be responsible for carbon emissions. For example, air travel uses hundreds of gallons of fossil fuel per person per flight. Individuals can certainly be penalized for excess pollution or else be required to cut back on their carbon footprint. This suggests that blaming an entire country might not be the most effective way to distribute the blame.

Some Pugwash members stated that the U.S. does hold responsibility for its actions in the past. The U.S., for example, paid reparations to Native Americans, a group of people severely persecuted in the past. Others believed that placing the responsibility of the past on those today would be counterproductive to solving the problem. Just because other countries haven’t had as much time to develop as the U.S. does not mean that they should be excused.

One Pugwash member proposed the creation of an international committee of governments and companies to regulate the effect humans have on the environment. Regulation could include taxation on any production or shipments that have harmful effects to the environment, regulating the amount of carbon emissions companies can produce and restricting the thermostat use of households and buildings on a global scale. The problem with this solution is deciding who will be part of this community and how they can enforce the legislation. It is extremely difficult to create an effective international society that includes members representative of the world population, and ensure that all people participate and abide by the rules it sets.

Finally, Pugwash discussed whether every individual felt a moral obligation to aid in climate change. It is difficult for an individual to hold responsibility for climate change, because any positive or negative action they make will not create a tangible impact on the environment. However, if hundreds or thousands of people make the same decision, the effects will begin to become noticeable. Pugwash believes that individuals could choose to help the environment if they are educated and feel a moral obligation. Unfortunately, only one or neither of these conditions is met for most people. It appears the only solution is to find a way to incentivize people to cut back on their pollution.

If we continue behaving as we do now, life on Earth will rapidly become unsustainable. Even if we feel no moral obligation to it, changing how humans live is necessary for our own survival. Regardless of whether or not we are able to decide who is responsible, everyone should be aware of how their actions affect the world.