Tales from Abroad: traveling by yourself 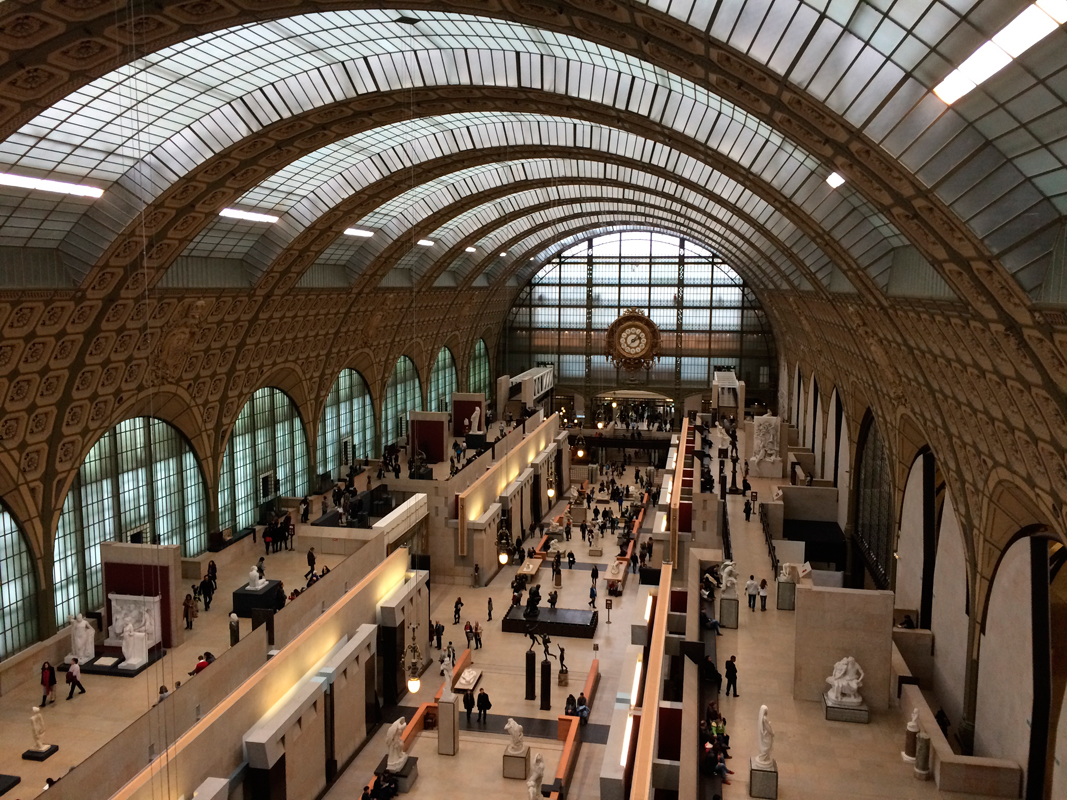 Exploring other countries and their wonderful sights, such as the Musée d'Orsay in Paris, only leads to more adventures. (credit: Joey Peiser/Pillbox Editor)

I never knew how much I liked traveling on my own until I did it for the first time. It’s like the opposite of losing my virginity; before I went to Dublin I had all these fears that it was going to be horrible and I’d have a miserable, boring time. But then it happened, and it was actually a wonderfully stimulating experience that I didn’t want to end. It was a bit messy, though, thanks to Arthur Guinness.

There’s nothing quite like the sense of adventure that comes from slinging a backpack over your shoulder and boarding a budget airline flight to an unknown city. No real plan, no concrete idea of how I’m going to make it to the hostel, just trust in myself that I’m capable of making it all up as I go along.

Without having another set of tastes and interests to entertain, I can treat a city as my personal playground. I can wander the streets, peeping in to various stores and attractions, staying at each as long as I want. It was this aimlessness that led me to such treasures as the Irish National Gallery, the Musee de l’Orangerie and its fantastic room of Monet’s massive water lilies canvases, and an absinthe shop. I never thought it was possible for such a small amount of liquid to get me that buzzed for that long; I wasn’t fully right until three metro rides and a twenty minute walk back to the hostel.

This “rule of one,” that is when you travel by yourself, can only be fully proved by its opposite. I have taken trips with other people, and it was an enjoyable experience. It was nice to have company; people to share jokes, meals, and experiences with. I can assure you that the days definitely went by faster with others, and there were certainly more pictures (I loathe the idea of selfies, and the more people I meet the more alone I feel in this destination). But there were sacrifices, like being shaken out of a sleep and into a dreadful hangover at 9 a.m. to go tour the Edinburgh Castle. How anyone can drift into a peaceful sleep at a hostel is beyond me; the bunk beds are rocks that squeak with each breath you take, there’s always at least one person snoring like a freight train, and countless other unexplained noises that last all night. Somehow, though, this guy could do it, and I resented him the whole day for it. Democratic processes meant every decision needed to be debated endlessly until two members of the group surrendered that “they didn’t care, whatever you want to do.” There was an extended period of time spent searching for little bells in gift shops.

Traveling with others also means you meet fewer people. In the traveler’s bar in Paris I would spend every night with a great group of people, like Clinton the hilarious Australian and the ever-smiling Rodrigo, the Brazilian who kept me stocked with cigarettes the entire stay. There was also the kind group of Italians who passed around free shots like they were sticks of gum at a rave. Granted, traveling with others is just generally a safer experience; there was nothing resembling wandering around unfamiliar Manchester streets choked thick with fog at 1 a.m., searching for a place to sleep and having a group of drunk men in track suits standing outside a shady strip club start screaming at you in Polish and following you down the street. That kind of stuff only happens when you’re by yourself, and I’ll likely remember that moment until dementia snatches it up.

In a few days I’ll be boarding a flight to spend two weeks in other places I’ve never been where they speak languages I haven’t the faintest knowledge of. I will get lost. I will struggle to understand what exactly is being offered on a menu. People on the street will harass me for money because my dress and wide-eyes are a dead giveaway that I’m American. I will love every minute of it.