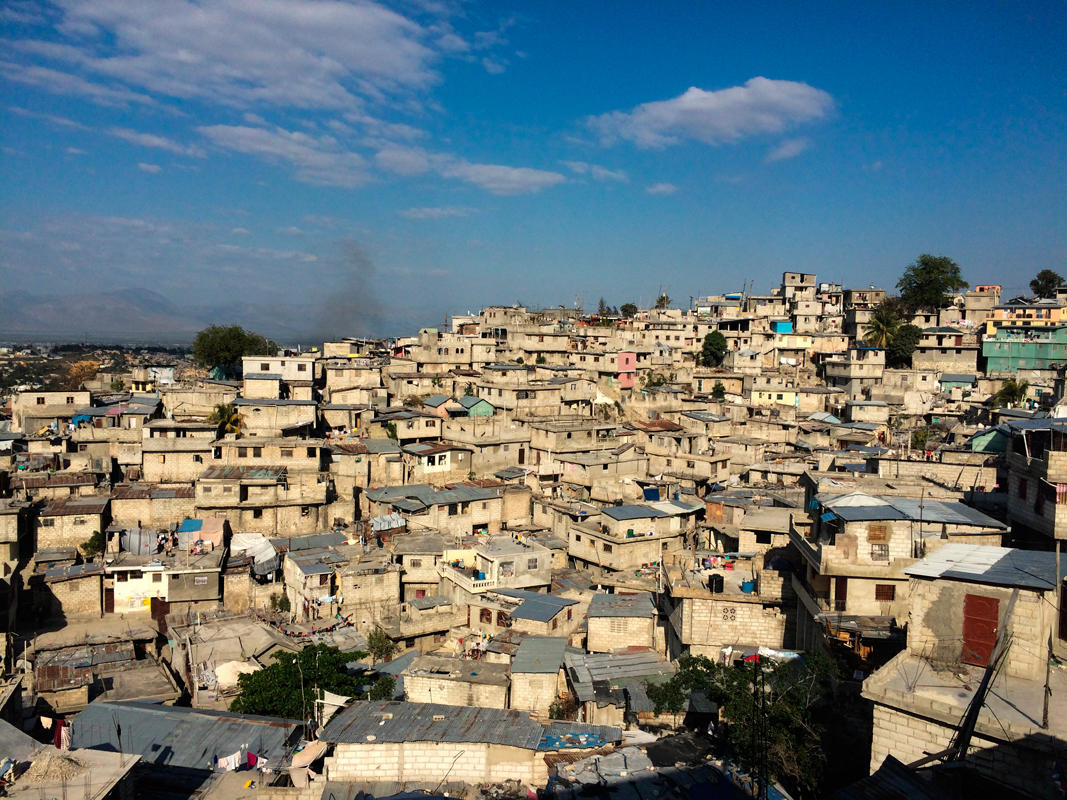 From the moment I stepped out of the airport into the breathtaking heat and oppressive smells of Haiti, I realized that it had been exactly one year since I had been truly uncomfortable — and I had missed that feeling. This year was the second time I had been to Haiti, and the country had just as much of an impact on me as it did the first time that I laid eyes upon its crystal blue waters, far-reaching dust, and stacks of houses.

Living in the Carnegie Mellon bubble isn’t fulfilling, I remembered. Traveling to a foreign country, another world, so close yet so distanced, is. Seeing how determined the citizens of Haiti are to realize their dreams of living in a better world reminds you that you can make an impact.

If a woman who is married to an abusive, unemployed man and has three children and one on the way can get a loan of $64 and change her life, what’s your excuse?

It’s hard to find the words to sum up all that I witnessed and experienced in the packed, weeklong adventure, but it all boils down to a lesson about culture.

For a country that has somehow sustained itself through natural disasters, human disasters, deadly diseases, and abuse from neighboring empires, Haiti and the people who live there remain mysteriously optimistic.

They refuse, proudly, any help or the slightest suggestion of giving up. When we visited the internally displaced persons camp and asked how we could help, we were met with proud, blank stares.

“We don’t want your money. We want your support. We want you to use your influence and your position to spread our story and make people remember us,” the director of the camp said.

They don’t want visitors to walk around and only see the remnants of buildings that crumbled in 2010, when the earthquake struck. They want you to walk around and notice the people who quietly go about every day, making small but powerful strides toward a better life for themselves and their children.

They want you to notice the small urban garden experiment on top of the hill and the cramped, hot tent next to it where hundreds of people stop by to pick up plastic baggies filled with pills, hopefully enough to sustain them until the next clinic opens.

They want you to see the children dancing and realize that they live in Cité Soleil, where gangs once ruled and thousands live in poverty.

They want you to walk into the orphanage that they run and be touched by the fact that it’s run not as a corrupt business, but as a family household where everyone is sister and brother.

They want you to hear the history of the country and realize that not only were they the first independent black nation to revolt, but that they’ve been suffering from the remnants of imperialism ever since.

They want you to look past the homes made of wooden stakes and tarps that have a faded USAID logo on it and see the people that live in them; the people who, if they had the same opportunities as you and I, would be the world’s next star soccer player, the next Monet, the next Einstein.

It’s hard, though. For years, we’ve been bombarded with photos and stories from on-the-ground reporters who see only the evil and the hopelessness. Our hostess, Rea Dol, who is so incredible she deserves an article of her own, aptly summed Haiti up: “If you just listened to what you heard on TV and the radio, why would you ever come to Haiti? You must see it yourself to know that Haiti has hope.”

Not everyone will go to Haiti. Not everyone will see what we saw in these past two years and be moved to action. But everyone should know of the hope that exists there and feel it themselves. Because the most important thing that I learned in Haiti is that no matter what nature, dictators, doctors, or police throw at you, if you’re breathing at the end of the day, you’re lucky to be where you are. And from there, it’s your duty to put yourself into making life better for yourself and those around you.