Tales from Abroad: the charm of Granada 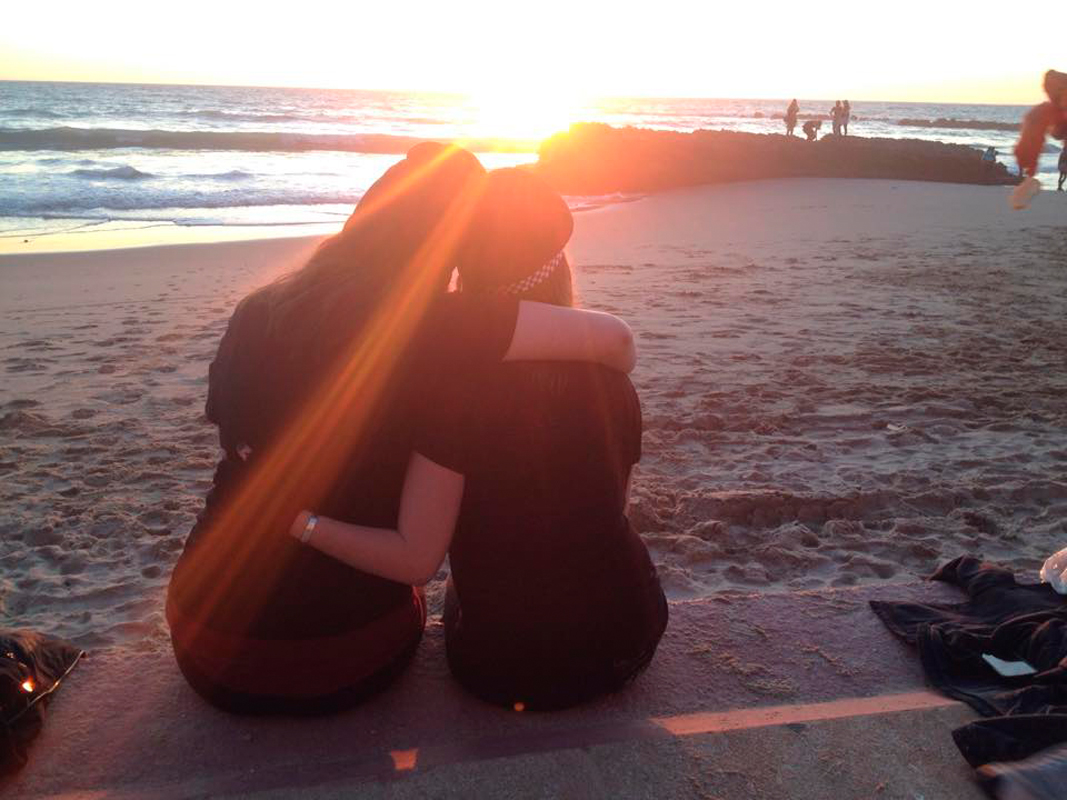 One of the best parts of going abroad is the people you meet and the friendships you make. (credit: Chloe Thompson/Senior Staffwriter)

Odds are, you haven’t heard of the city I’m studying abroad in this semester. It’s called Granada, and it is in the south of Spain. It’s a city, but a small one, with a population of around 240,000 people. (Pittsburgh, for context, has a population of around 300,000.) Despite Granada’s lack of international prominence, it’s an absolutely fantastic place to spend a semester.

To start with, I should probably explain how I chose to spend five months living here. I’m not gonna lie, I kind of picked it at random. I’d heard of the city, through a class I took on premodern Spanish history in my freshman year. Most of what I remembered about it predated 1492, which was shockingly not that relevant to life in Granada today. But when I was looking over lists of cities in Spain that I could study in, I remembered the name and said, “Hey, that looks cool.”

Lucky for me, Granada is a really awesome place to spend five months of your life. One of the things I love most about the city is how small it is. I feel like I can experience and engage with the city’s character in a way that wouldn’t be possible in a larger city. I’ve visited both Madrid and Barcelona since coming here. I liked Madrid well enough, but didn’t really have a good sense of the city’s unique style. Spending time there just felt like being in any other enormous international city. I adored Barcelona, and I felt that it definitely had a much more unique culture, what with the city’s clear division between Gothic and Modernist architecture and its fascinating history. But even loving Barcelona as I did, I was a little overwhelmed by the sheer size of the city. Over 1.6 million people live within 40 square miles. I was only there for a few days, it’s true, but I think that the city is so massive that engaging with it in a meaningful way would be proved difficult for me, even with five months to explore. (Plus, Barcelona is far more expensive than a city like Granada, so even if I was there for five months, I would most definitely be broke by the end of it.)

Speaking of ways that Granada is particularly wallet-friendly, the city is one of the few places left in Spain that still offers free tapas with every round of drinks you order. Tapas, which are basically small snacks served in bars, can range from delicious to disappointing, given that in most places, you can’t actually pick what they give you. But given that the vast majority of tapas that I’ve had here have been some variant on bread and cheese and some kind of pork product, it’s hard to go wrong.

But the thing I’ve been enjoying most here is meeting and getting to know new people. Granada is a college town. The Universidad de Granada, which was founded in 1531, is one of the largest universities in Spain, with 60,000 students. There’s also a large international student program. To receive a degree from the university, students have to pass a foreign language test, and many of them pick English. This all amounts to there being a large population of people who are friendly and eager to practice their language skills. The Centro de Lenguas Modernas hosts intercambio events (literally, “exchange”) in which students can get together and practice, usually their English or their Spanish, respectively, but German and French come up, too.

The people at the intercambios tend to be really interesting; I’ve had some of the most striking conversations from my time here in Spain at those types of events. Just last week, I spent over an hour talking with a physics major from outside of Granada about what it was like for him to grow up in a country that was a dictatorship until the late 1970s. Talking to him made me feel how much I take for granted, having grown up in a system that’s been a representative democracy for so long. While United States politics are far from perfect, we don’t have the widespread cultural distrust of government that exists here in Spain.

Granada isn’t a big metropolitan center, and it’s not exactly a player on the international stage. But for the last three months, I’ve really been enjoying my time here, and am looking forward to the next two months before I head back to the U.S.