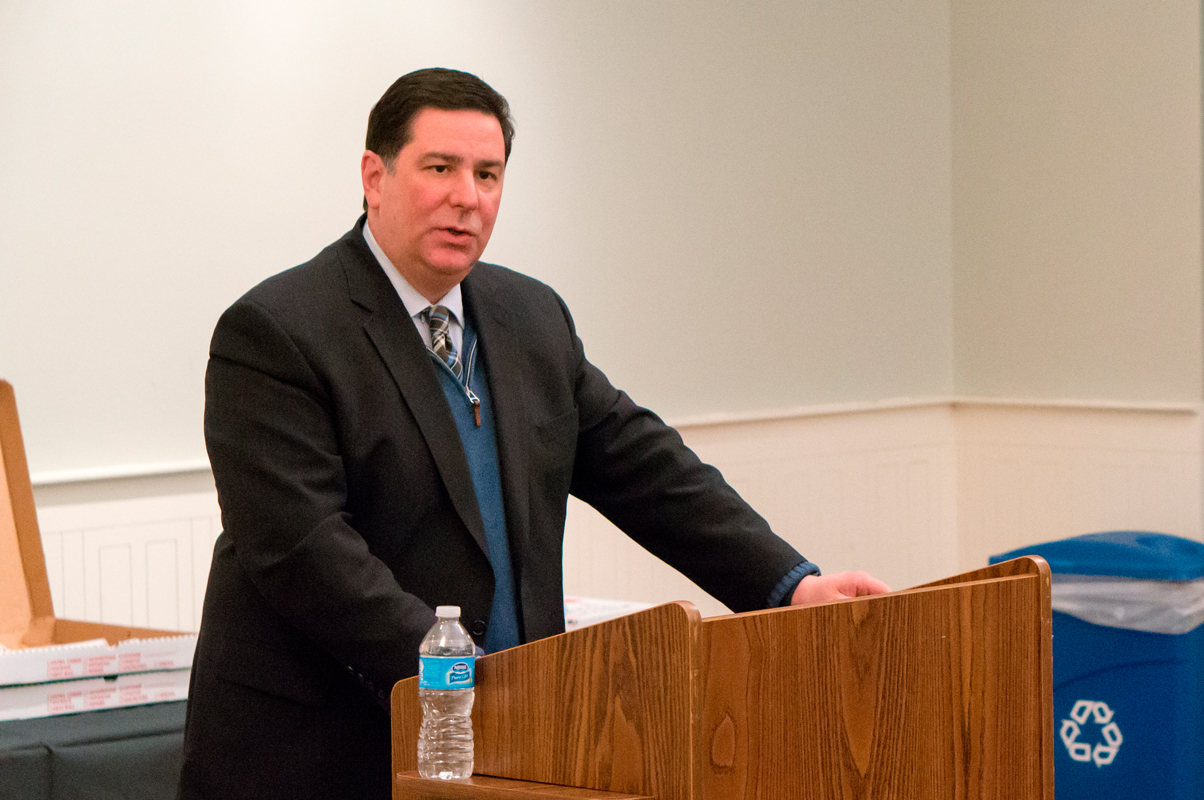 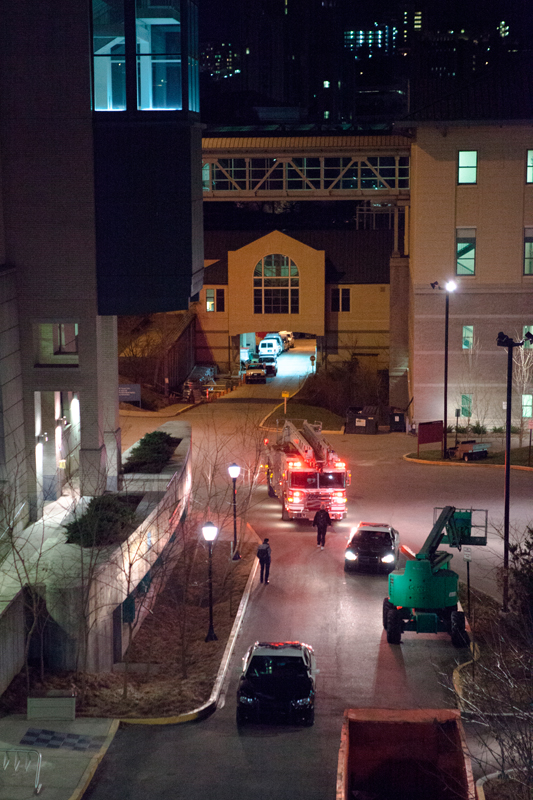 Mayor Peduto spoke at Senate about public transportation and his plans for improving it. (credit: Jonathan Leung/Photo Editor)

After a last minute cancellation the week before spring break, the mayor of Pittsburgh Bill Peduto visited Carnegie Mellon’s Student Senate last Thursday. Mayor Peduto, who gave only a few days notice for his visit to Margaret Morrison Hall’s Breed Hall for Senate’s weekly general body meeting, spoke about a range of topics relevant to students. He also took questions from senators and other students in attendance.

Evan Wineland, junior information systems major and chair of Student Senate, said that he had been in touch with a member of Peduto’s staff before the meeting, and had a long-running relationship with Dan Gilman (HSS ’04), a Carnegie Mellon alumnus and city councilman for Pittsburgh’s eighth district, who spoke to Senate with the mayor.

Mayor Peduto began by talking about public transportation in Pittsburgh, which is currently limited to buses and a light rail system, commonly known as “The T.” Earlier that day at the annual meeting of the Pittsburgh Downtown Partnership, Peduto announced a plan for reworking the streets in Downtown. The $32 million plan, Envision Downtown, aims to make streets downtown more aesthetically pleasing, less congested, and safer. Peduto said to Senate that he wants a system of “complete streets” — streets that are safe and efficient for pedestrians, drivers, bicyclists, and those taking public transportation.

Penelope Ackerman, a sophomore materials science and engineering major, was particularly interested in what the mayor had to say about Pittsburgh’s roads: “I really liked what he said about transportation,” Ackerman said. “Probably because I’m doing research this summer on transportation, so that’s something I’m really interested in. So when he was mentioning the rail coming throughout the city and running southwest, I think that’s a major key in promoting people to go Downtown and travel through Pittsburgh. I think eventually that would allow students to get more engaged.”

When asked if the city had plans to significantly expand the T, Peduto said that it was unlikely. “No — that’s the answer,” Peduto said, noting that such infrastructure reform in other, similar cities took millions of dollars and spanned years. “We’ve had all this opportunity to do it. Someone somewhere in the ‘70s tried to. They called it the ‘spine line’ and then they just killed it, and no one’s done it again.”

Peduto echoed many of the points he made last time he visited Carnegie Mellon, when he spoke to the Pittsburgh Student Government Council about the future of the city. Peduto cited Carnegie Mellon president Richard Cyert for envisioning a future of Pittsburgh based on education and innovation, outside of its traditional steel mills and manufacturing core.

Gilman emphasized the importance of keeping young college graduates in Pittsburgh, saying, “we need to do more to let students know A) what’s happening in the city and B) how to affordably and easily experience it and achieve it. So they’ll be like ‘Wow, I’d love to live in Lawrenceville when I graduate, that’s a pretty sweet neighborhood,’ rather than like ‘Well, the only Lawrenceville I know is in New Jersey.’ ”

The mayor also mentioned the city’s nascent internship program; beginning this summer, the city will be taking 100 interns across its departments, including “the police, municipal investigations, planning, the Mayor’s office, engineering, [and] City Council,” Peduto said.