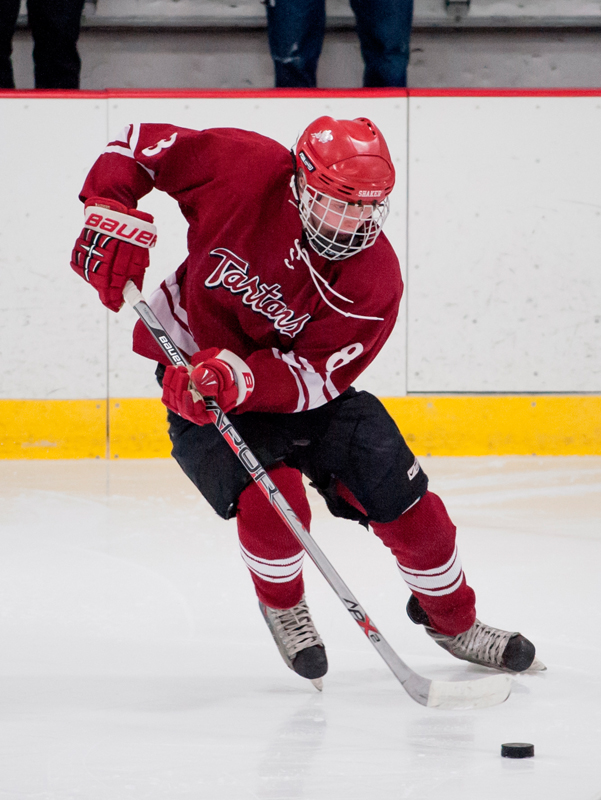 The Carnegie Mellon club ice hockey team had a winning weekend, first defeating the Pitt-Greensburg Bobcats 5–4 and then, in overtime, cruising to a 4–2 victory over the California University of Pennsylvania Vulcans. The victories were largely due to an aggressive offense and a goal that was sealed tight. (credit: Matthew Nielson/) 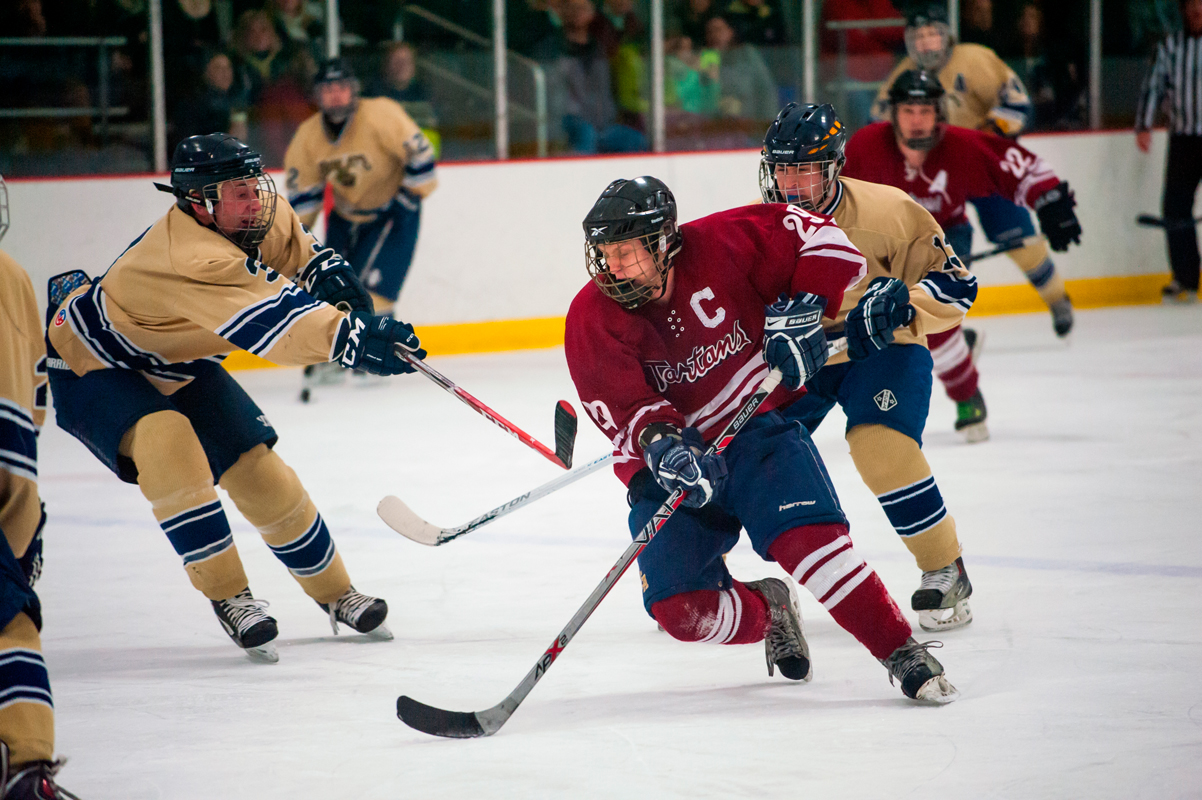 The Carnegie Mellon club ice hockey team had a winning weekend, first defeating the Pitt-Greensburg Bobcats 5–4 and then, in overtime, cruising to a 4–2 victory over the California University of Pennsylvania Vulcans. The victories were largely due to an aggressive offense and a goal that was sealed tight. (credit: Matthew Nielson/)

In Friday’s semifinal, the Tartans took on the University of Pittsburgh at Greensburg after coming into the post season as the last seed. After giving up an early goal, Carnegie Mellon made sure to keep the damage in check with a quick response less than a minute later by graduate student Garret Stack, with assists by sophomores John Bird and Connor Siwik. The rest of the first period was generally muted with only one late penalty for the Bobcats and no other scoring after the initial outburst.

The second period was a different story, with a series of penalties creating multiple power play opportunities for each side. Pitt-Greensburg capitalized first with a power play goal at the 12 minute mark, but the Tartans again responded quickly with an even strength goal by senior Justin Fischler.

Siwik then gave Carnegie Mellon their first lead of the game a few minutes later, before a busted opportunity and short-handed goal by the Bobcats tied the game up at three going into the final period.

The third period had all the physicality of the second with the low scoring of the first. Although each team had some opportunities early on, the game changed with a slashing call on Fischler.

This power play gave Pitt-Greensburg the opportunity to take the lead with less than four minutes to go.

The Tartans fought off the play for over a minute and half, until the Bobcats got their opportunity and scored a hat trick for Pitt-Greensburg forward Nick Vecchio. As they had done all game, Carnegie Mellon responded swiftly and determinedly, with Stack scoring the tying goal off of an assist by junior Chad Trice with less than a minute left.
Overtime was heated, but the referees let the two teams play until Trice got a breakaway just past the 10-minute mark.

Out of options and fearing the breakaway, the Bobcats pulled him down from behind, resulting in a penalty shot for Trice, who converted to send the Tartans into the finals 5–4. Aside from the clutch heroics by the Tartans, the most impressive performance was by back-up goal keeper sophomore Nate Grathwohl, who saved 89 percent of the shots that came his way.

In the finals, Carnegie Mellon faced off against California University of Pennsylvania’s club team. As with the previous night, the Tartans fell behind late in the first period, but quickly rallied with a goal by Fischler, assisted by sophomore Neil Carleton.

Carleton found Fischler again for a goal in the final seconds of the period on a power play, with the Carleton connection of first-year Kellen Carleton to brother Neil starting the play.

A short-handed goal to start the second with Fichler finding Trice, who found the back of the net, and an unassisted goal by Siwik half way through the third put the game out of reach. The game got chippy in the third period as the referees desperately tried to take control late in the game with a string of penalties at the 4:05 mark on both teams, but ended up in two 10-minute misconducts on the Vulcans.

With a single second left, California scored a power play goal, but it was too little and too late as the Tartans cruised to the championship title 4–2. After missing the previous game, sophomore Jon Booream returned to the net and had a stellar performance with 29 saves and a 93.5 percent save rate.