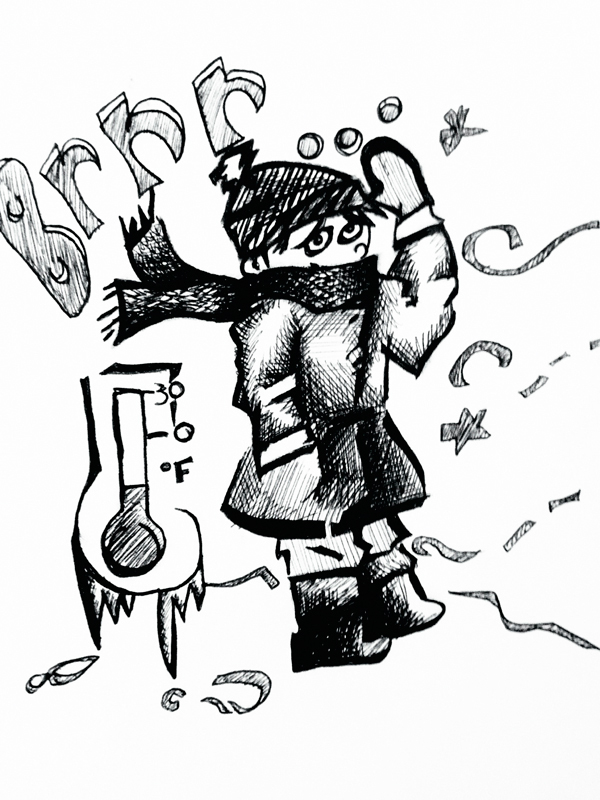 As Pittsburgh weather approaches record low temperatures this month, public and private schools across the Steel City have been forced to delay the start of school, or else close entirely. Yet colleges are a different story, and that story needs to change.

Carnegie Mellon sits among a number of Pittsburgh colleges and universities that rarely shut their doors when the temperature gets too low. The university last cancelled classes in February 2010 for three days after the city recommended that campuses close due to massive amounts of snow. “It is never an easy decision to cancel classes, and it is rare that we do so,” said Michael Murphy, vice president for campus affairs at that time, in an interview with The Tartan.

But as the city once more combats a slew of unforgiving conditions, it is important that colleges in the area consider safety over other components of the decision-making process, such as the need to make up classes or individual costs to students and the university.

A simple examination of college student travel habits at Carnegie Mellon alone presents reason for students to remain in their own residences during unforgivingly cold or slippery days. Many undergraduate and graduate students living off-campus live too close to the university to justify using buses, but walk considerably more than high school students.

Even students living on campus often live in relatively distant locations, such as Webster Hall Apartments, Fairfax Apartments, and the Residence on Fifth. The icy walkways and negative wind chills make for dangerous travel conditions as they walk to class. While professors can cancel classes themselves due to inclement weather, the likelihood that all of a student’s professors will cancel classes is low, pressuring the student to attend classes when they should not travel.

As Carnegie Mellon, as well as other nearby universities, endures the record chills, the university must rethink its approach to canceling classes. While closings may cost the school and alter syllabi, removing the pressure from students to attend classes would also remove the pressure to travel in unsuitable conditions.