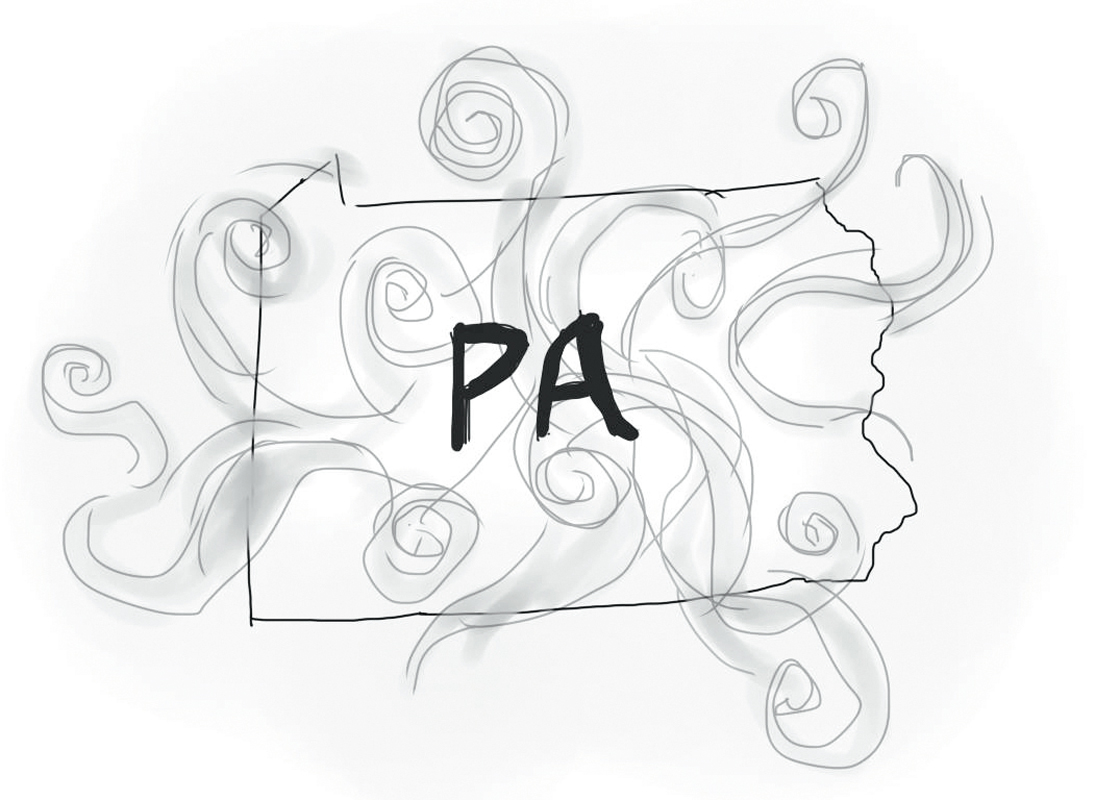 After never even seeing the floor in the House last fall, the bill to legalize medical marijuana in Pennsylvania may see a comeback this year.

Since the ultra-conservative Governor Tom Corbett has been replaced by pro-legalization Governor Tom Wolf, the bill definitely has much more hope of making it further in the legislative process and getting passed. While its passage would be a great step in such a traditionally right-leaning state, closer reading of the bill should confound supporters of legalization. While the idea of medical marijuana is progressive by its nature, the bill reflects fairly conservative — or at least narrow-minded — ideals.

The list of conditions that the bill covers is shockingly small: cancer, epilepsy, amyotrophic lateral sclerosis (ALS), Parkinson’s, traumatic brain injury/post-concussion syndrome, multiple sclerosis, spinocerebellar ataxia, cachexia (unintended extreme weight loss), post-traumatic stress disorder (PTSD), muscle spasms, and severe fibromyalgia. With the exception of PTSD (perhaps a political move intended to get the veterans’ support), there’s a shocking absence of mental disorders on the list. Why should issues like anxiety, depression, bipolar disorder, Alzheimer’s, and anorexia be bypassed under the legislation, when many of these are stigmatized enough without the government’s help?

Researchers have found that marijuana use is effective in the treatment of mood disorders because it helps to restore levels of a chemical in our brains called [endocannabinoids]((http://emedicine.medscape.com/article/1361971-overview), which can stabilize mood and help fight off the effects of depression, anxiety, and others mental disorders. The increase in endocannabinoid levels also causes the “munchies,” or a larger appetite resulting from marijuana use, that not only makes the user want food, but increases the pleasure factor of eating by causing a release of dopamine. This helps to treat anorexia patients by conditioning them to equate eating and happiness. Tellingly, only unintended weight loss, not anorexia, is covered under the bill.

Pennsylvania doesn’t want to provide medical marijuana to those with mental disorders, yet the drugs currently being prescribed to treat many mental disorders — those approved by the FDA — come with side effects that can be worse than the disorders they treat. Some common ones include weight loss, headaches, muscle spasms, nausea, seizures, or even the worsening of anxiety and depression. Coincidentally, all of these side effects are conditions that can be treated with marijuana use.

Moreover, many drugs prescribed to treat anxiety, depression, pain, sleep disorders, and so on have been known to be highly addictive, even when they aren’t intentionally abused. The most common unwanted side effects of marijuana use include dry mouth, dry eyes, paranoia, dizziness, and fatigue. With much milder side effects and no evidence of physical dependence, marijuana is a much safer solution.

Additionally, marijuana treatment can be personalized more easily than prescription drug treatment. There exist hundreds of different strains of marijuana, each with unique qualities. The two main categories are sativa and indica. Sativa is associated with more energizing effects, making the user feel uplifted or euphoric, while indicas (“in da couch”) causes a much more relaxed, sleepy feeling. There are also hybrids in between the two that can be modified for specific results.

There are several case studies out there proving the medical benefits of marijuana for a wide spectrum of disorders, mental as well as physical. Although it’s definitely encouraging that legislators are starting somewhere, I am in favor of a bill that includes a much more comprehensive list of conditions, taking more factors into account than what may be seen as socially appropriate.