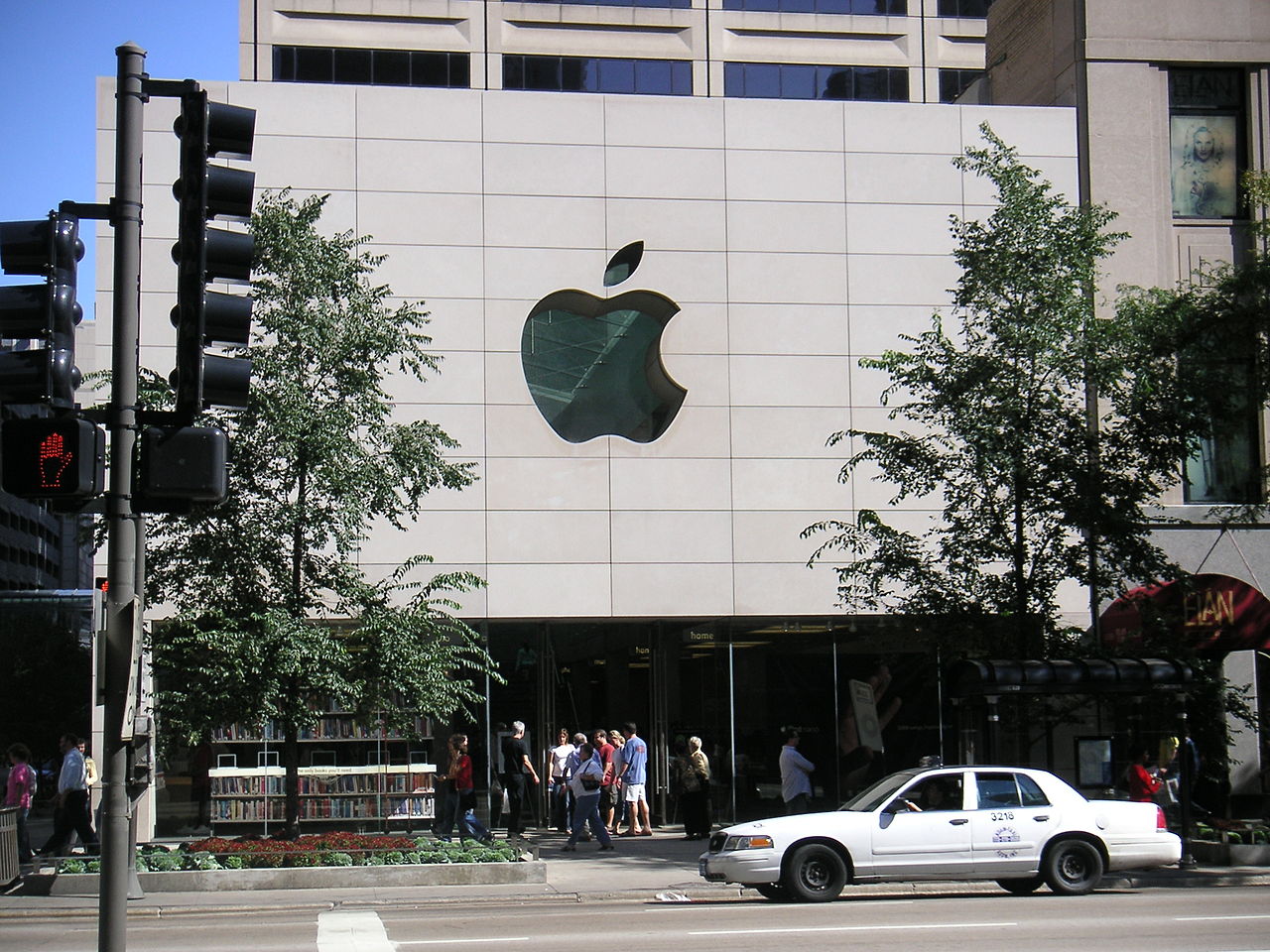 Apple bathes in money, defies business wisdom (credit: Courtesy of Dweider via Wikimedia Commons)
Editorials featured in the Forum section are solely the opinions of their individual authors.

Last week, Apple Inc. reported the most profitable quarter of any company in corporate history.

For Q1, going from Oct.–Dec. 2014, Apple posted quarterly revenue of $74.6 billion and quarterly net profit of $18 billion at a gross margin of 39.9 percent. Numbers like these are unheard of for even the largest, most successful companies in the world.

For some perspective, if you combine the revenue of Apple’s three biggest competitors — Microsoft, Amazon, and Google — over the same period, it amounts to $73.9 billion, less than Apple’s by millions. Even more impressive, however, is the fact that despite being so much bigger than its competitors, Apple is growing far more quickly; its sales grew 30 percent year over year, as opposed to 8 percent for Microsoft and 15 percent for both Amazon and Google.

Apple seems to be defying the laws of what should be possible for any business. Perhaps for this reason, despite it being the most successful company in the world, the dominant narrative around Apple is that it is barely hanging on by the skin of its teeth.

From the looks of it, outside of the now irrelevant mp3 player market, Apple doesn’t dominate a single market it is in. From smartphones and tablets to laptops and desktops, Apple routinely fights it out for high single-digit to low double-digit market shares. It seems paradoxical to think of Apple as an industry leader. Furthermore, Apple only competes for the highest income bracket, apparently going after none but the most affluent consumers. As markets commodify with time and trend toward cheaper goods of lesser quality, how does Apple compete?

Juan Pablo Vazquez Sampere of the Harvard Business Review writes that “we shouldn’t be dazzled by Apple’s earnings report,” arguing that Apple isn’t revolutionizing industries anymore. Even Larry Ellison, Steve Job’s old friend, argues that Apple without Steve Jobs is doomed to repeat its mistakes from the 90s.

The general public doesn’t seem to buy into Apple’s future either. Apple has a price-to-earnings Ratio of 16, lower than Google’s at 27.25, and far lower than Amazon’s obscene 869.51. Furthermore, the narrative of doom and gloom around Apple has been consistent for the past 5–6 years, and Apple has consistently proved its naysayers wrong.

Why is the majority so skeptical of Apple’s success? I believe this is because very few people truly understand Apple’s business model. The iPhone 6 and 6 Plus were roundly criticized, much like the previous four models, for not being particularly revolutionary. Yet, the iPhone sold 74.5 million units this past quarter.

The critics are right. The iPhone, much like the iPad or the Mac, isn’t particularly revolutionary any more. To me, however, this just makes Apple’s record-shattering results all the more remarkable. If people aren’t buying these products because they’re ahead of the curve, they can only be buying them for the one differentiator that these products have: great design.

In a sense, Apple’s greatest achievement isn’t the iPod, iPhone, iPad, or any of its hit products. I believe that, far more importantly, it has established beyond all doubt that people are willing to pay for good design.

While the majority of the market will race toward the lowest price range, there will always remain a sizable niche of customers who are willing to pay a handsome premium for products that add up to more than their competitors in tangible ways: how a product feels in one’s hand, how much fun it is to use, how easy it is to understand, and, yes, how “cool” it makes one feel. Great design is the secret behind Apple’s spectacular success.

The problem that we face when we try to comprehend Apple’s success is that it seems to fly in the face of conventional disruption theory, which states that innovation will necessarily interrupt existing markets and drive out earlier technology.

Instead of trying to fit Apple’s success to an established narrative, we need to accept this success as evidence that disruption theory doesn’t apply to consumer markets where people value great design and integration. Instead of denying what is happening, we would do well to study and understand how Apple is disrupting conventional business wisdom far more than any industry.