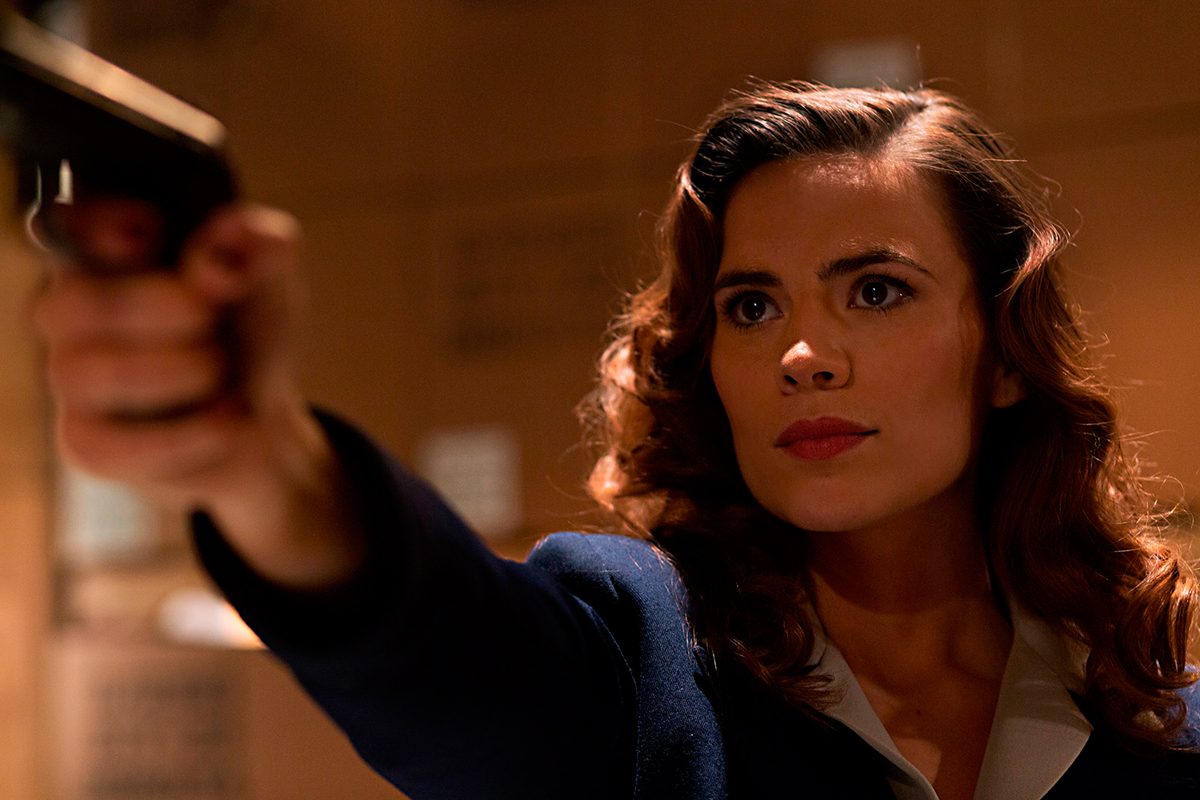 Hayley Atwell shines as the title character, working alongside a talented cast to bring this Marvel comic to life. (credit: Courtesy of ABC Television Group via Flickr Creative Commons)

I'm studying abroad in Spain this semester, so I'm trying to take it easy with my relentless TV obsession. I tell you this because Agent Carter is one of the two shows from back home that I'm still following, and I'm sticking with it because it's that good.

“SNAFU,” the penultimate episode of Agent Carter's eight-episode first season, aired on Tuesday this week. The episode deals with the consequences of Agent Peggy Carter's (Hayley Atwell) arrest by her colleagues at the Strategic Scientific Reserve (SSR) for aiding and abetting the wanted criminal Howard Stark. Carter realizes that Dr. Ivchenko, a supposed witness, is actually working for the villains, and convinces her co-workers to let her help them. The show builds up a slow, pervasive sense of dread, and then delivers on that buildup with Captain Dooley's choice to sacrifice his own life to save everyone else in the SSR office from a bomb. A few examples of the pure-gold dialogue in this episode:

Carter to her SSR coworkers, on how she could possibly be handling such delicate situations on her own: “I conducted my own investigation because no one listens to me. I got away with it because no one looks at me. Because unless I have your reports, your coffee, or your lunch, I am invisible.” This was a succinct, on-the-nose example of how Agent Carter calls out the sexism of its era — in an awesome mic-drop moment, too.

Peggy on hiding Steve's blood: “I suppose I wanted a second chance at keeping him safe.” Just a note here: I am far, far more emotionally invested in Carter's loss of Steve and her grief for him than I ever was in their actual relationship. In the Captain America movie, there was hardly any depth or emotional nuance in their relationship. But Agent Carter the television show plays it much more subtly, which makes it much more emotionally powerful. Though the show can be a trifle heavy-handed with the “everyone misses Steve” trope, when the writers keep it delicate, like they do with this line, it's gorgeously awful: “We're still attached to a table.”

I loved this episode. Hell, I love this show. It's got so many things that are right up my alley, stylistically speaking: a cool-headed, kick-ass heroine, a late ‘40s visual aesthetic, campy science fiction, and melodramatic villains. Atwell sells Carter as a smart, tough lady who refuses to take anything lying down, and James D'Arcy is hilarious as Mr. Jarvis, who is impeccably gracious and bitingly sardonic by turns. Bridget Regan as Dottie Underwood has both the take-no-prisoners attitude and the “who, me?” innocent eyes down cold.

The show is fast, charming fun that never lags and I think that the 8-episode cap on the first season is a large reason for that precision in storytelling. It adroitly tackles the casual sexism of the era and calls it out, without ever making that the forefront of an episode.

My one major critique of the show is the overwhelmingly white cast. Agent Carter exhibits a major flaw of many historical (well, semi-historical, in this case) television programs, in that the show seems to forget that people of color existed back then, too. The show portrays the struggles faced by white women extremely well, and some of those issues — losing the hard-won autonomy and respect of the war years, for example — were absolutely felt by men and women of color just as much as white women. Agent Carter is uniquely poised to portray and discuss those experiences, and its writers should take that opportunity — all the more reason to hope for a second season!