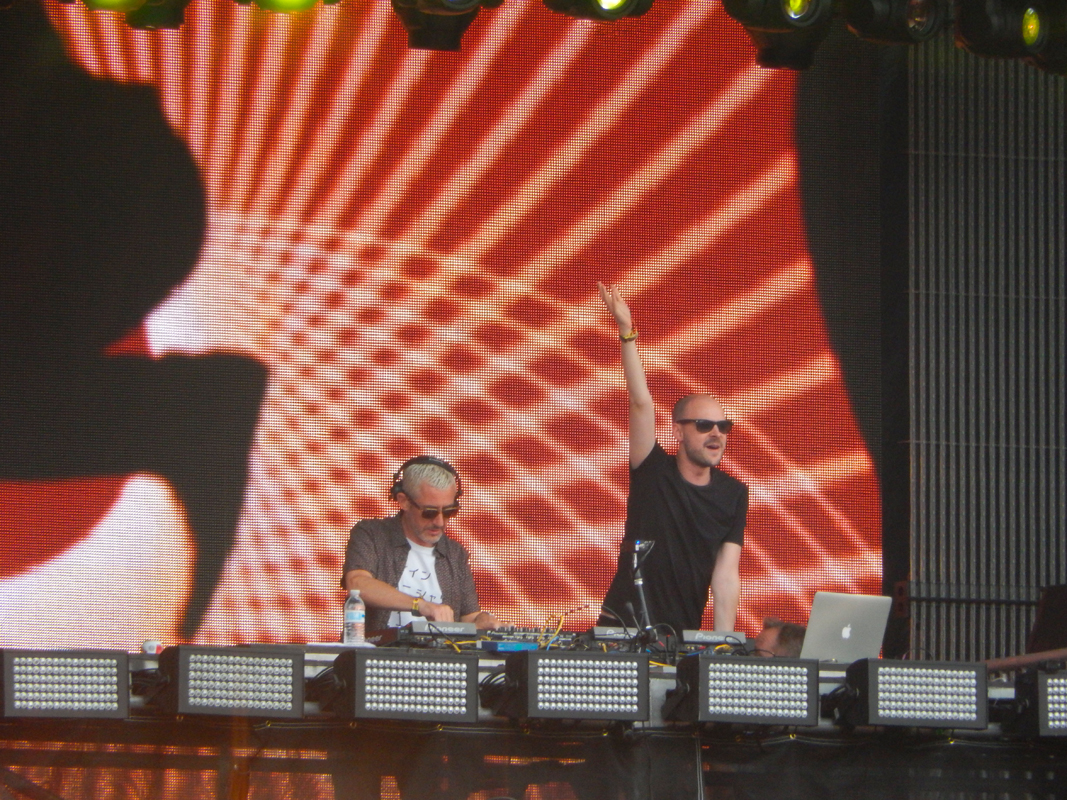 Above and Beyond has generated a large fan following and has performed at numerous festivals like Lollapalooza, drawing audiences to their more melodic electronic sound. They performed on Friday at Stage AE. (credit: Courtesy of Mary via Flickr Creative Commons)

Above and Beyond, the famous Trance trio composed of Jono Grant, Tony McGuinness, and Paavo Siljamäki, have always made music in a bubble of their own. From the genre’s humble subcultural beginnings in the early 2000s to the massive raves of today, Above and Beyond has always been somewhat left of center. They’ve written and recorded on their own terms, unaffected by the larger industry trends.

In a sense, Above and Beyond has come to symbolize the anti-EDM group. Intricate, lush melodies blend perfectly into one another. Vocals and lyrics aren’t tacked on at the end, rather they are the focal point of the entire creative process. Instead of massive buildups to stadium sized drops, their music has traditionally relied on subtler, smoother techniques to get people’s hands in the air. Paavo and Jono have often spoken about how they compose in a classical-acoustic setting before giving their songs an electronic backdrop, and this approach has served them well. Their 2006 debut album, Tri-State, is arguably the greatest Trance record of all time. Their second album, 2010’s Group Therapy, went on to to receive rave reviews as well.

Their newly released third album, We Are All We Need, follows a similar template to equally great, if somewhat predictable conclusions. Featuring the group’s signature blend of highly layered synth lines, silky smooth reverb-heavy vocals, classical touches and razor sharp production, it’s difficult to find fault with the album. Guest vocalists and producers abound: Singing duties are divided between Alex Vargas, Zoë Johnston, and Richard Bedford. As for production, the supremely talented Andrew Bayer lends his own unique touch to several of the songs. As a whole, each guest spot ends up carrying a slightly different flavor, while cohesively fitting in with the group’s overall sound.

The album opens on a high note, with the simple piano and strings driven “Quieter is Louder.” Carried by a beautifully minimalist riff, the song lives up to its name and sets a precedent for a record that is built around the idea that “less is more.” Next up is the title track, and the first to be fronted by Zoë Johnston, “We Are All We Need.” She sings of love, finding solace from sorrow, and running away with her lover. As such, the song begins the narrative of a relationship that will go on to find its way into almost every song henceforth, from its birth to its highs and lows to its ultimate demise.

And so the music continues for the next fourteen tracks: gleaming and smooth on the surface, and yet not without substance underneath. One of the lowest points of the album is it’s most commercial track, “Blue Sky Action”, sung by Alex Vargas. Although there is nothing inherently wrong with the song, it feels bland and hastily put together when compared to the intricacy that permeates the rest of the record. That being said, this one song shouldn’t be a commentary on Alex Vargas, who does a spectacular job for the majority of the record. Of all his tracks, one that deserves special mention is “All Over The World.” His voice carries a delicacy, an indescribable vulnerability, that single handedly carries the song’s theme of a son losing his father.

The real standout song however, is “Fly To New York.” Sung by Zoë Johnston, this is one of the lesser promoted tracks that hasn’t received much attention online or on radio. A cozy and warm song, this isn’t going to be setting any dance floors on fire. That said, the song perfectly captures so many of the things that make Above & Beyond as good as they are. From Zoë’s spectacular, soaring vocals to the soft, pulsating beat, “Fly To New York” is the perfect song to pick you up and put a smile on your face and a spring in your step.

As a whole, We Are All We Need is far more hopeful than any previous Above & Beyond record, or really any previous Trance record. Euphoric and uplifting, the album is a celebration of a great group that is at its peak in a genre that has taken the musical world by storm over the past few years. Above & Beyond play to their strengths in the album, allowing the guests on the record to bring in the requisite diversity to their sound. All in all, while We Are All We Need is nothing new, its sheer quality puts it above reproach and makes for a thoroughly enjoyable, if somewhat unsurprising, listening experience.